Sitting on the patio and looking out at the sky, Larry said, "Even a blind glider pilot could find lift today."  A while later, the sky looked so good that if there was any way we could finagle a late entry, those of us on the patio would have launched the 2-33As, and we were sure we could not only complete the course, we figured with the handicap a 2-33 must have, we would likely be top scores!

CUs marked the lift very well today.  There were cloud streets from left to right, in an almost continuous band--continuous enough at the peak even a 2-33 could go from one to another.

On the ground we were seeing lots of dust devils.  Here are three distinct vortices at 2:34 PM in the field south of runway 7-25.

Earlier in the day, at the Briefing, Bill Gawthrop models his "winner's shirt" earned the day before. 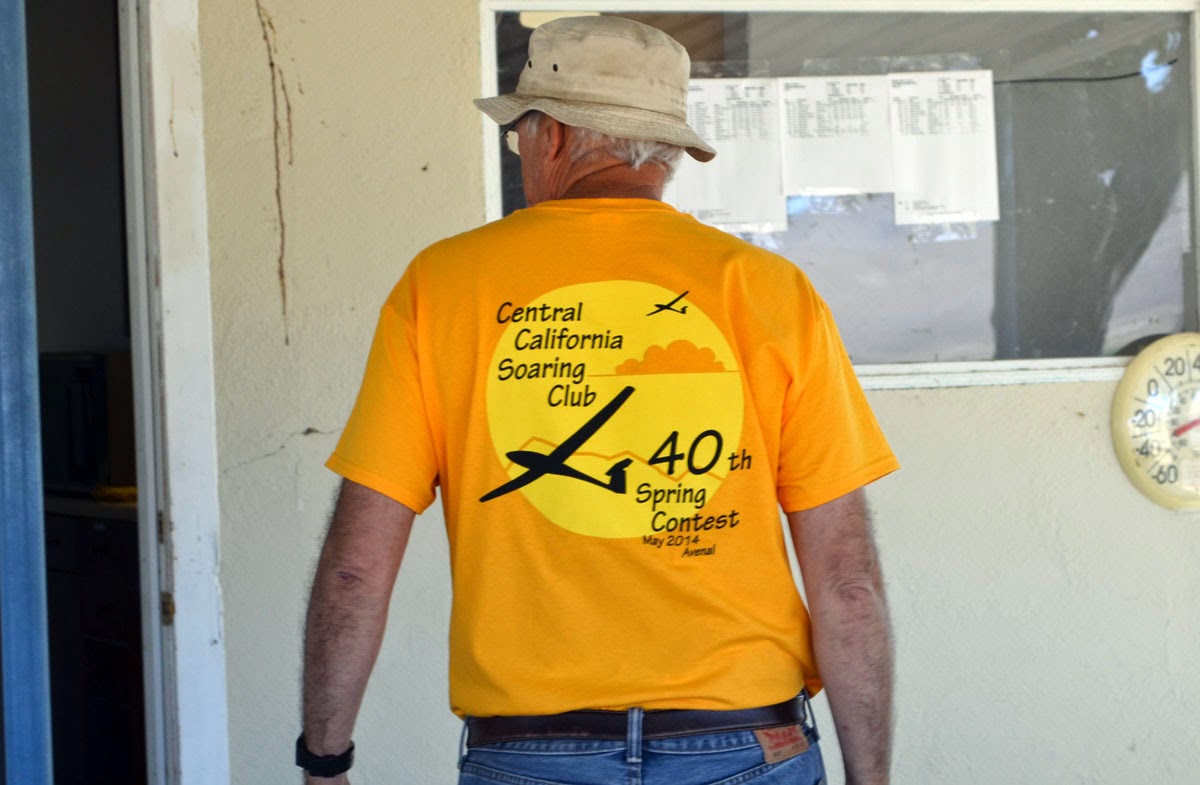 He has good reason to smile as he tells about his day yesterday. 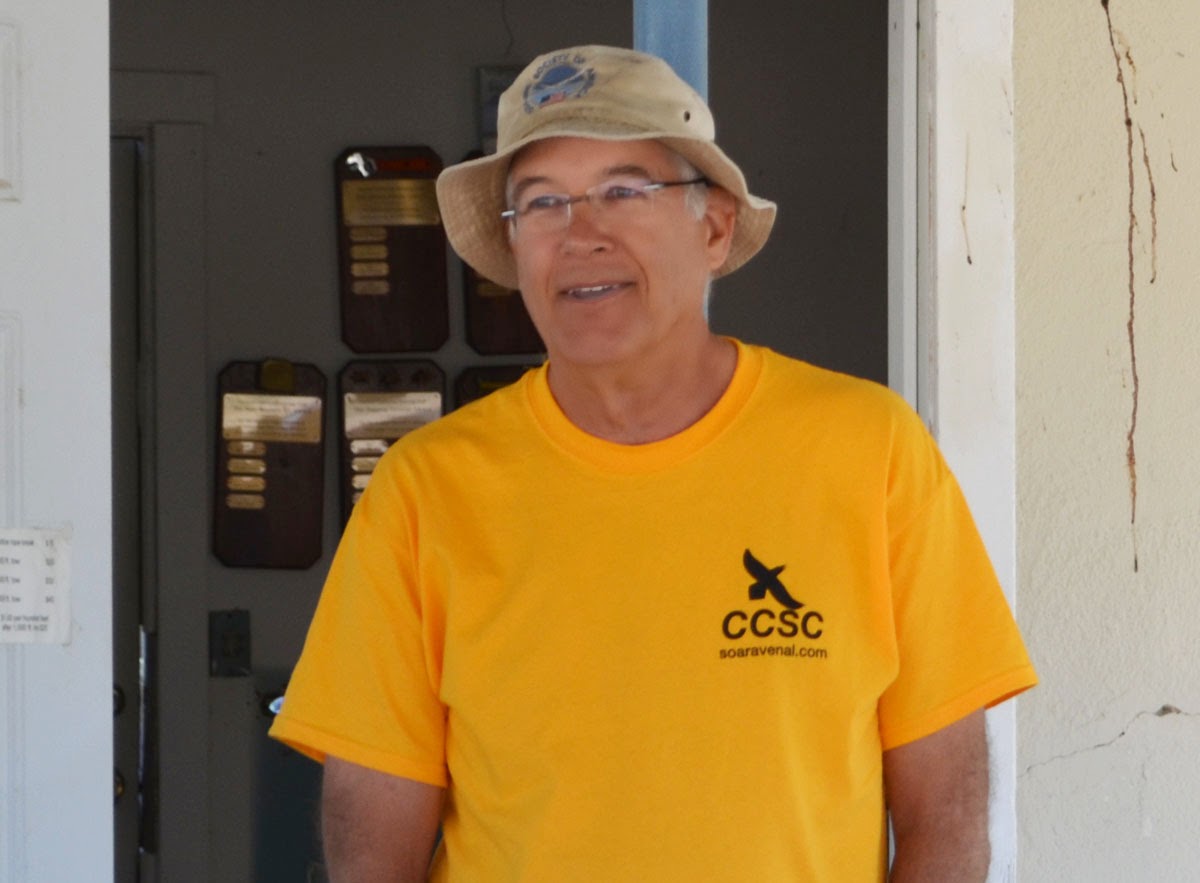 Walt Rogers, giving the weather briefing, points to where the markers should be forming later. 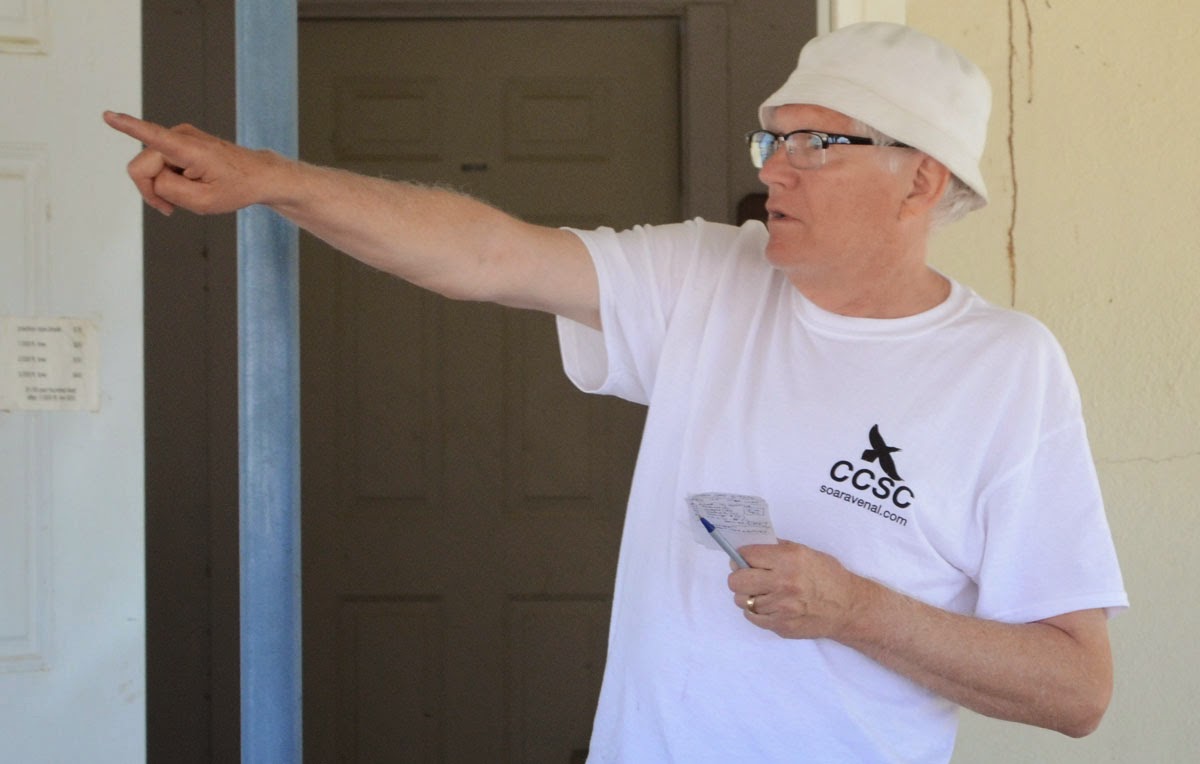 Jim Darke and Sergio Colacevich compare strategies on the day. Morgan gives him his input. 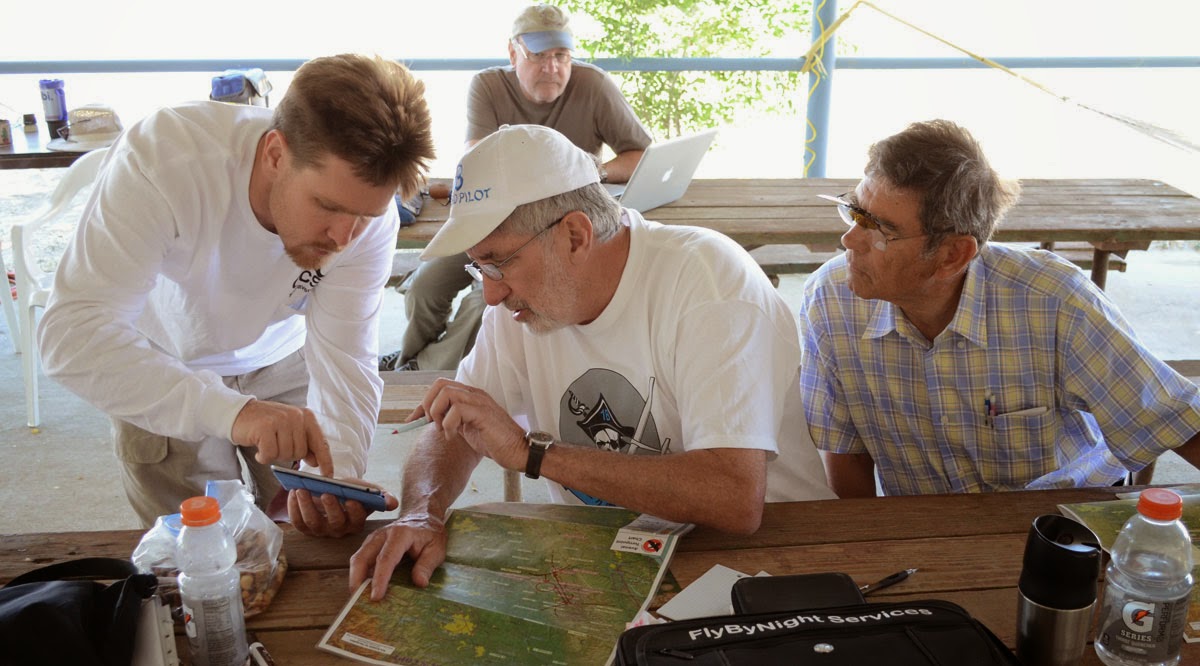 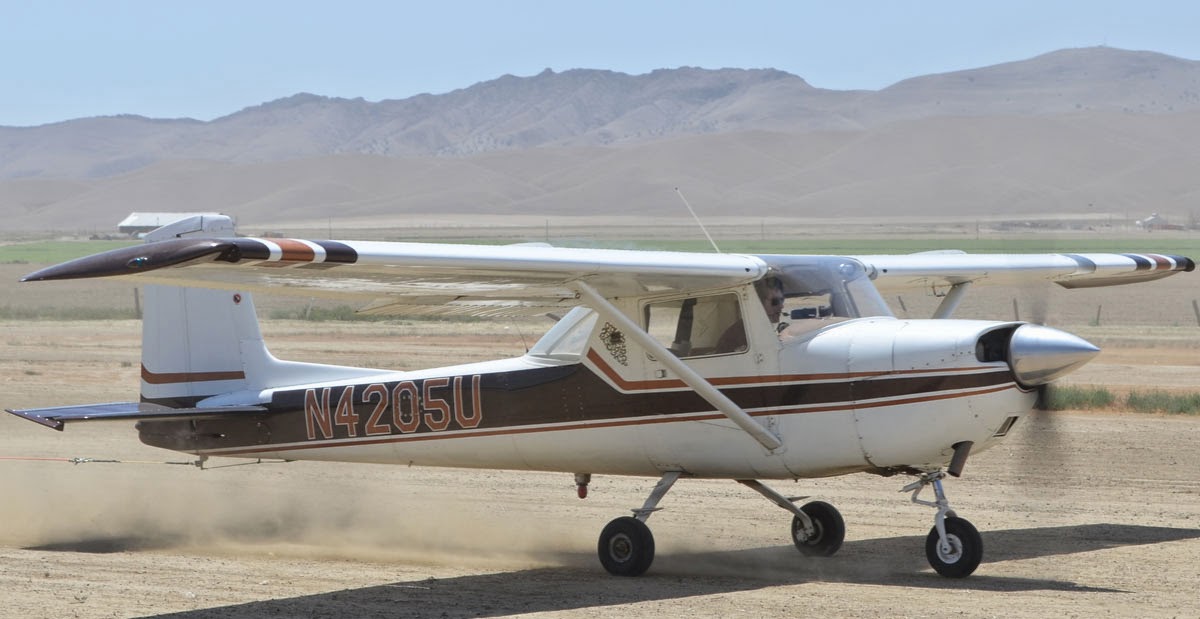 Jan Zanutto does the Avenal IFR departure behind the 150.

Morgan Hall is taking Jeff Richardson up today in 5H. 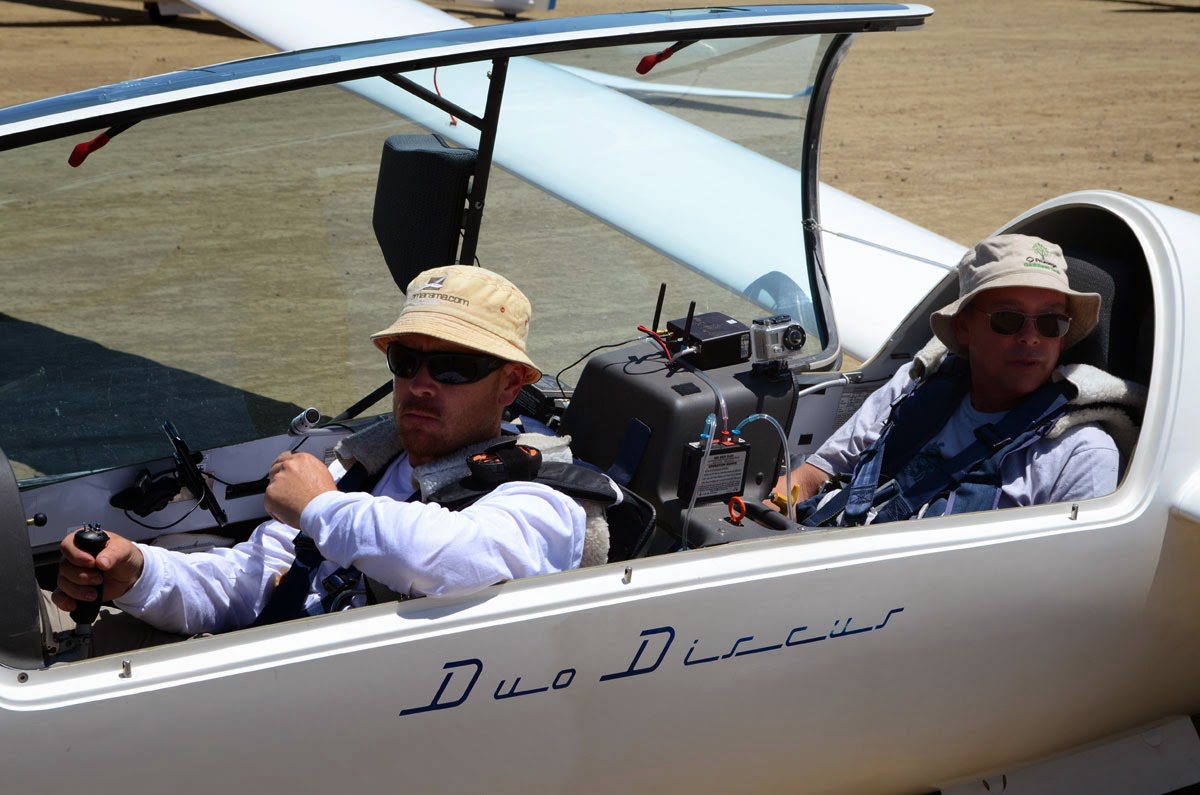 Nina is providing Jim with shade while he waits for his tow. 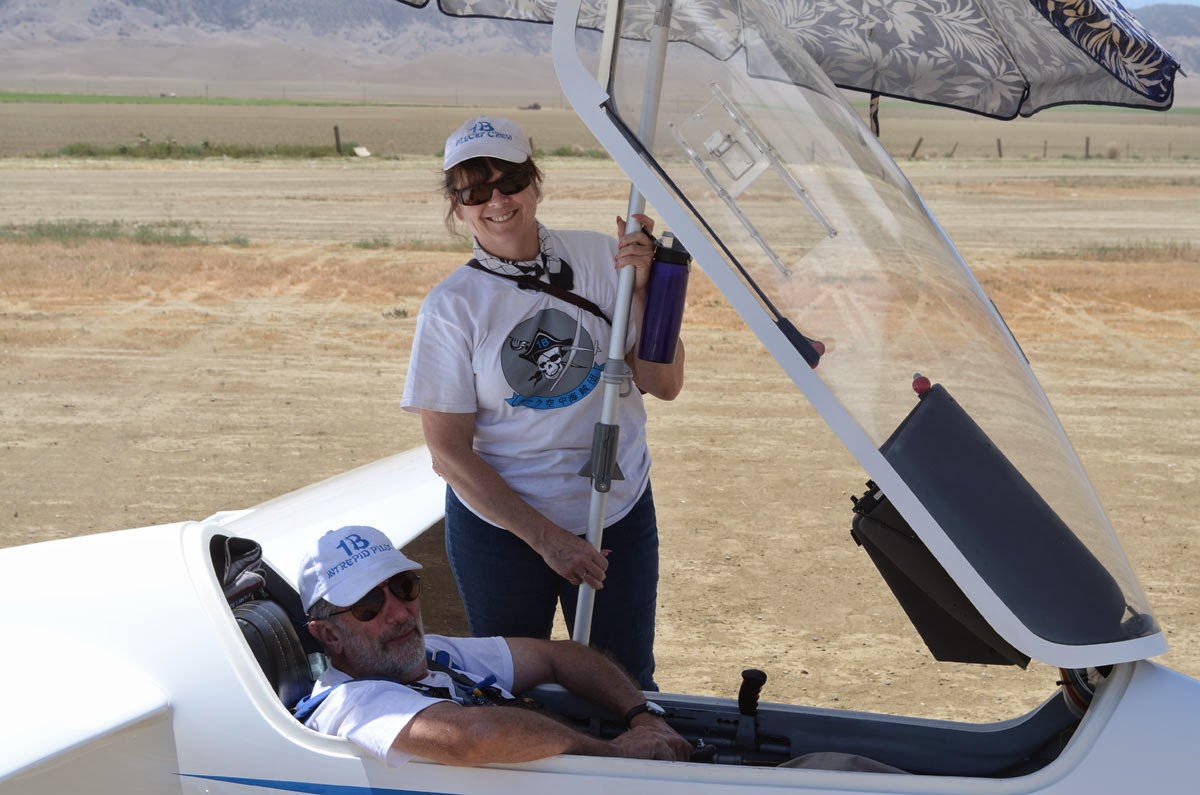 Pancho Herrera gives a test tug on the rope of Walt Rogers' Discus 2A, "WX." 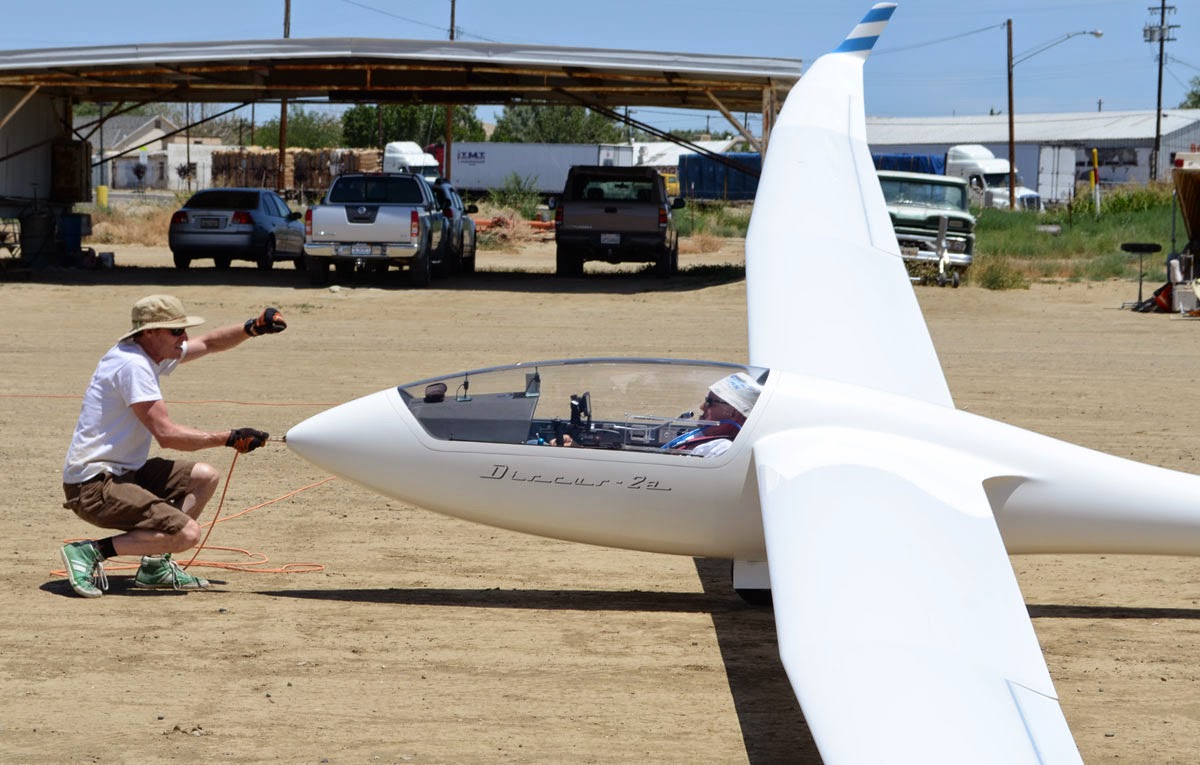 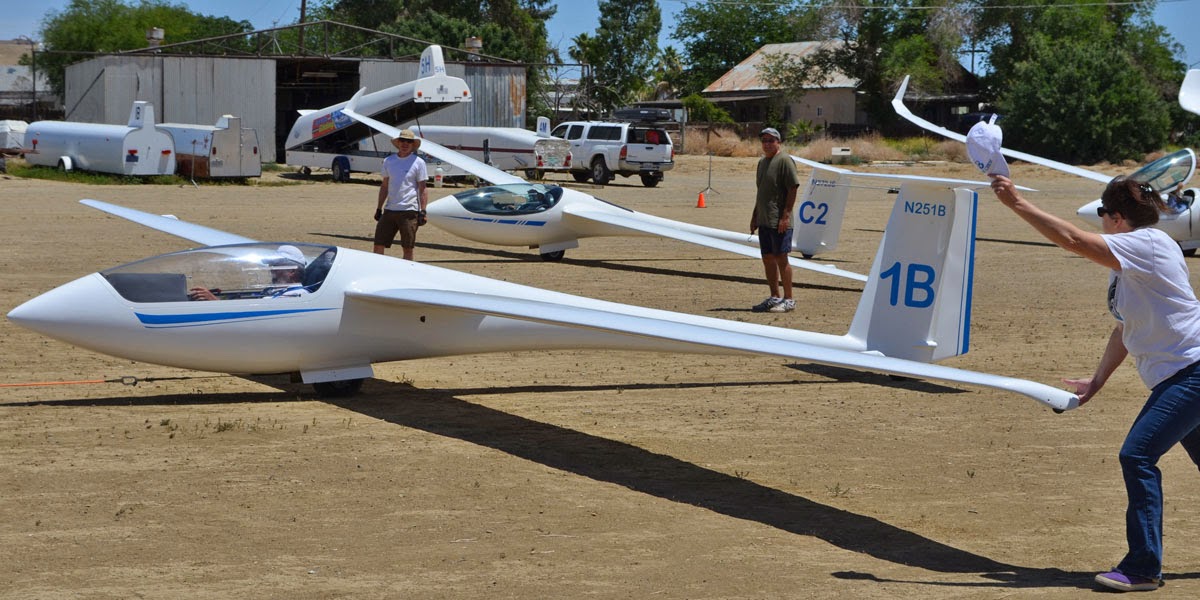 Pancho attaches the rope for Sergio. 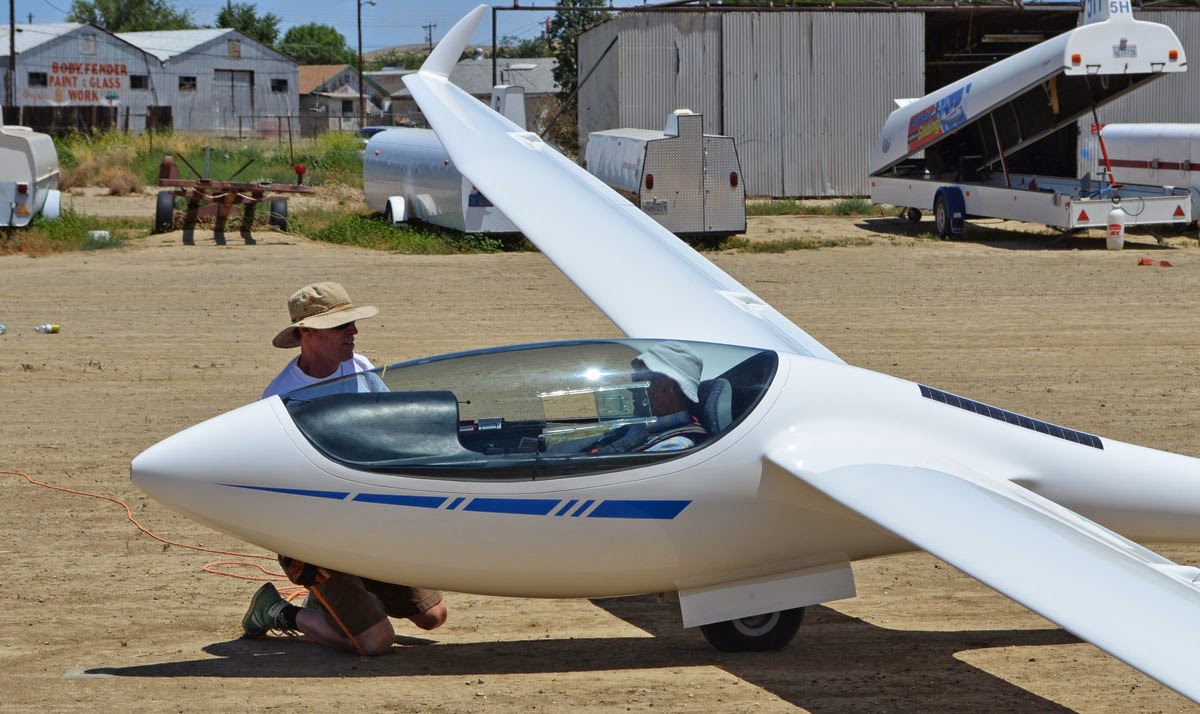 Pancho is running the wing for Thorsten Strepple, and Nina is now providing shade for Bill Gawthrop.

It is now Bill's turn for launch.

Markers are beginning to form right after the last sailplane is airborne.

Everybody "made it home" today.

Bill, if you had called us on the radio, we could have had your trailer open and the ramp down so you could have gotten even closer!

Sergio about to touch down.

Here are the traces for the day. 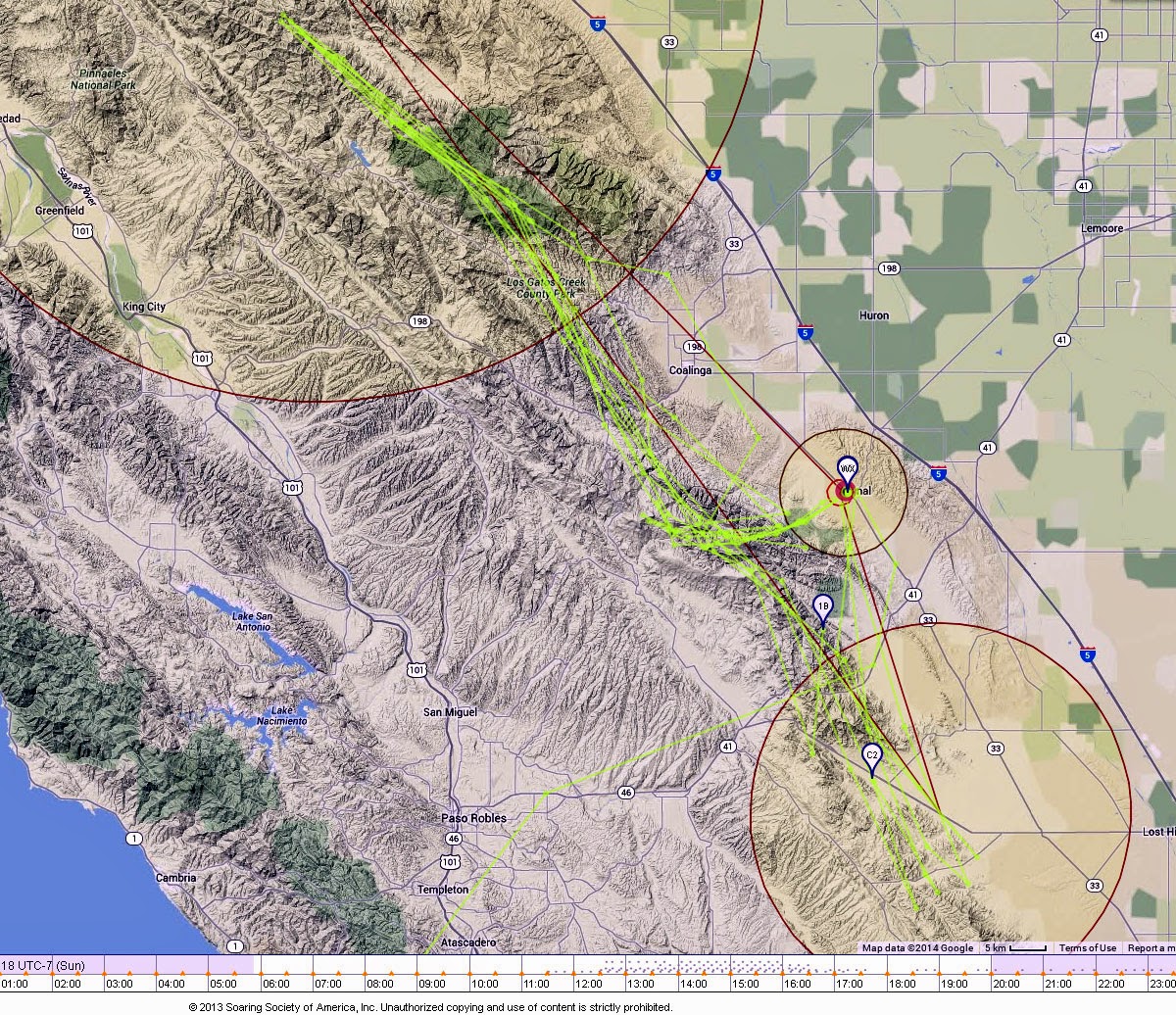 And the day's Preliminary Scoresheet. 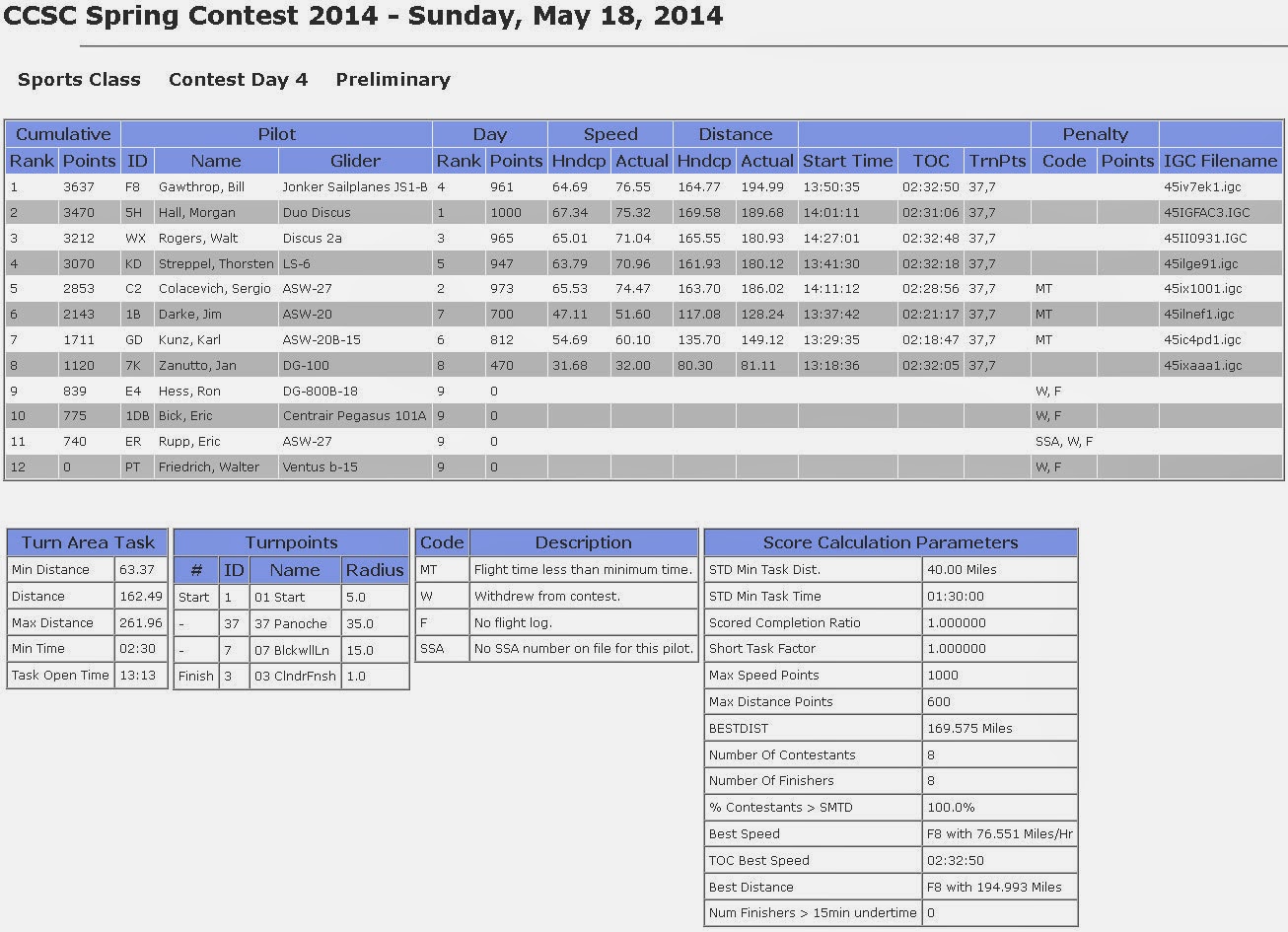 Today was a fantastic way to end the Contest!  Most of the contestants remarked what a good soaring day it was.  Even with yesterday's "Land-out Day," today's contestants (except for one who is planning a move) indicated they would be back next year.

A great way to cap off 40 years of Central California Soaring Club's Spring Contest!
Posted by Jim Rickey at 1:45 PM