Darren Council solos in gliders!  Dad Mel gets to tow him!

Darren has been coming out to the airport with his dad Mel for a few years now.  Making progress, then losing a little ground while focusing on school activities and then picking up again when time allows.

In December he was awarded Julie's scholarship for 2013 and once the towplane was back and operational, he's been regularly getting to the airport for lessons and working towards solo.

On June 8th on the hottest day of the year so far, Harold finally closed the back door on the 2-33 from the outside and sent Darren off  on a pattern tow.

One special aspect of his solo flight was the fact that his dad Mel got to tow him aloft and watch his son fly the pattern back to a landing while orbiting overhead. 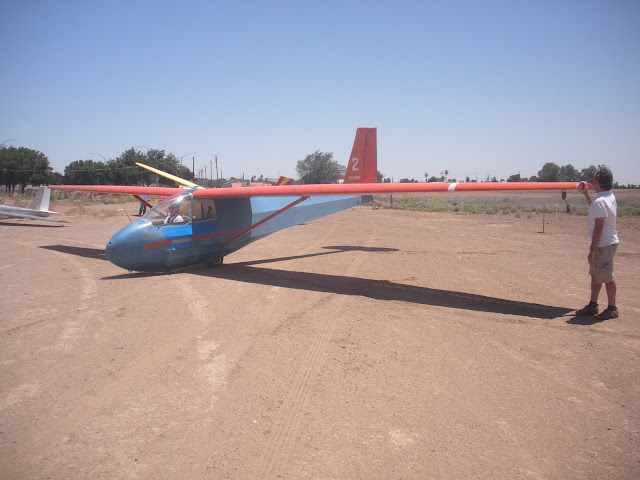 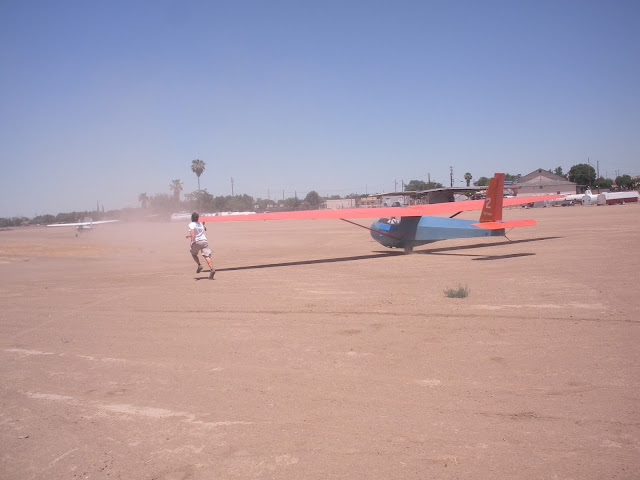