Making metal is not a phrase I wanted to hear.  Jan, Paul, Tammie, Frank and Richard were all at the airport yesterday to pull the cylinders off 05U in order to resolve the oil consumption and power problems we've been having.

I'll paste in Jan's observations below.  The positive spin that I'm trying to keep in mind for this bit of bad news is that by proactively looking into the problem when our oil consumption went up, we didn't have an engine failure.  Financial crisis is much easier to deal with rather than an in-flight emergency.  I'm thankful for the fact that we don't have a bent up towplane or a shaken towpilot or worse.

From Jan based on initial observations yesterday.  Keeping in mind we still have two more cylinders to pull.

I will send these off to lycon, but it is my opinion that we are in deep now1. heavy wear on the tappets, they feel like a golf ball- should be highly polished.2. metal shavings from tappets and cam lobes3. discoloration on lobes, evidence of overheating4. the one piston skirt is dry and has deep scratches5. the metal shavings are ferrous, this means they are parent metal. not goodan educated guess- no oil filter has allowed particles to clog up the oil passages, resulting in oil starvation to oil-wetted surfaces. this is evidenced by the heavy wear, discoloration and dry piston skirt. 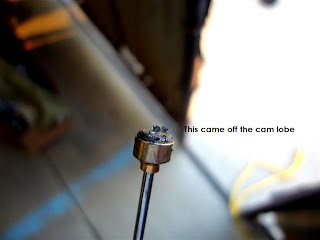 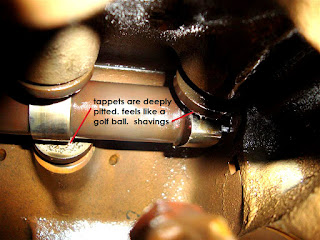 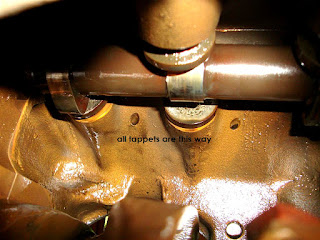 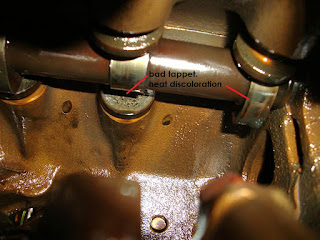 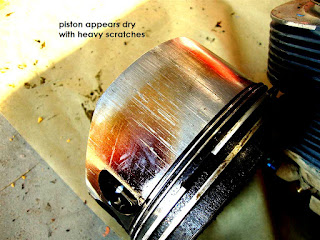 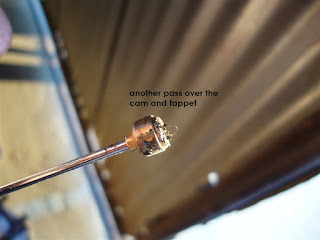 Posted by Morgan at 1:55 PM No comments: