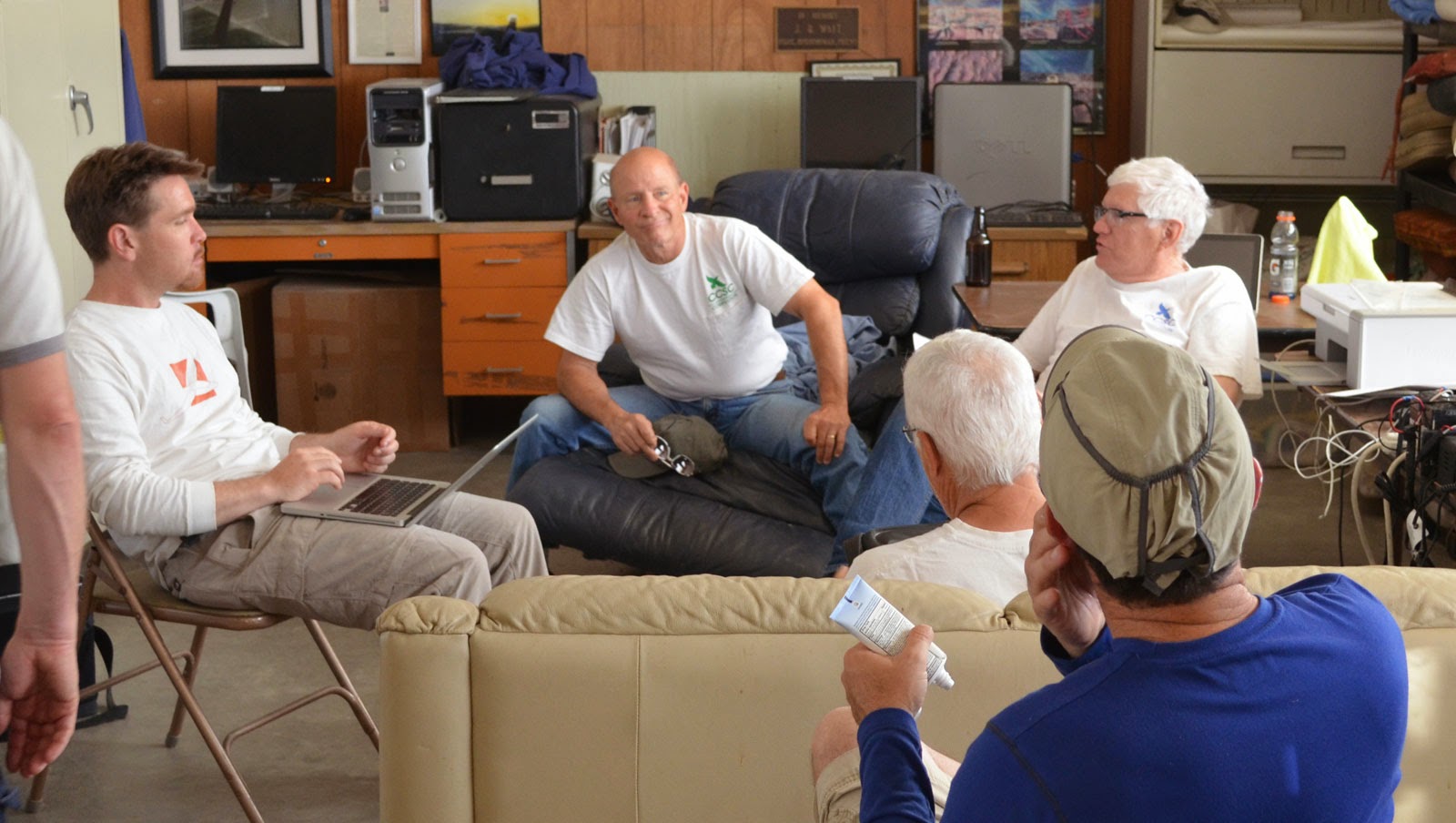 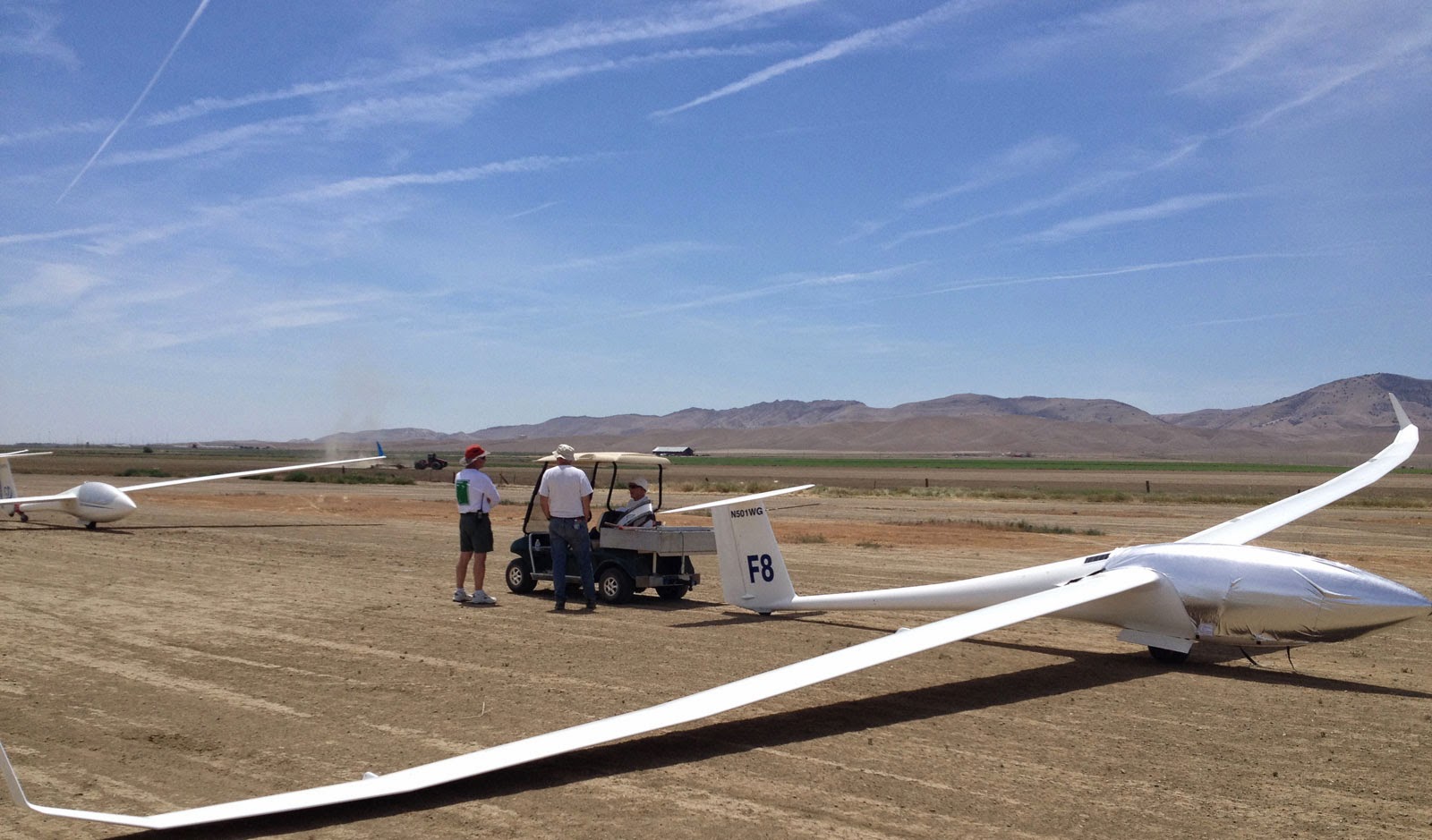 Jim Darke getting his ASW-20 ready for launch: 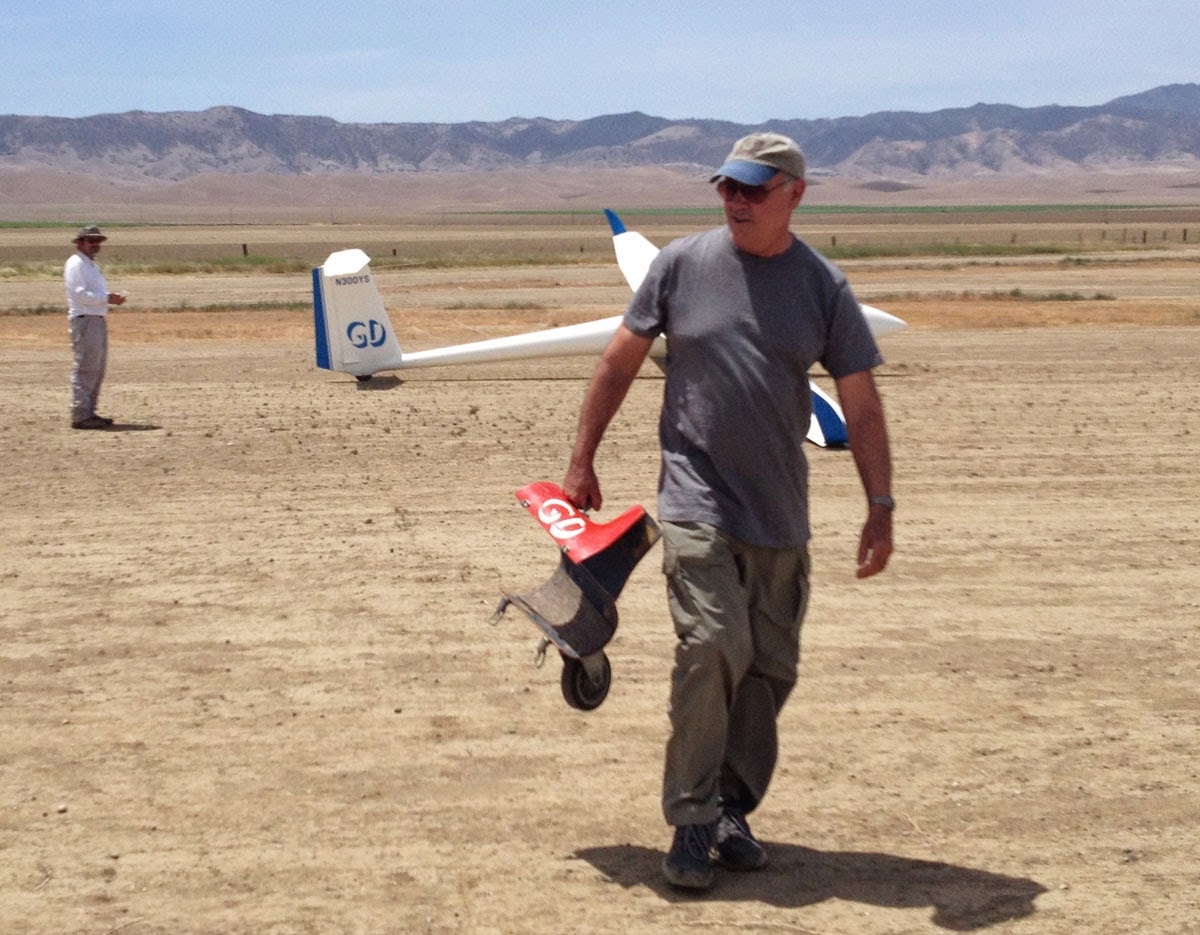 Jan Zanutto and Karl share thoughts before the contest: 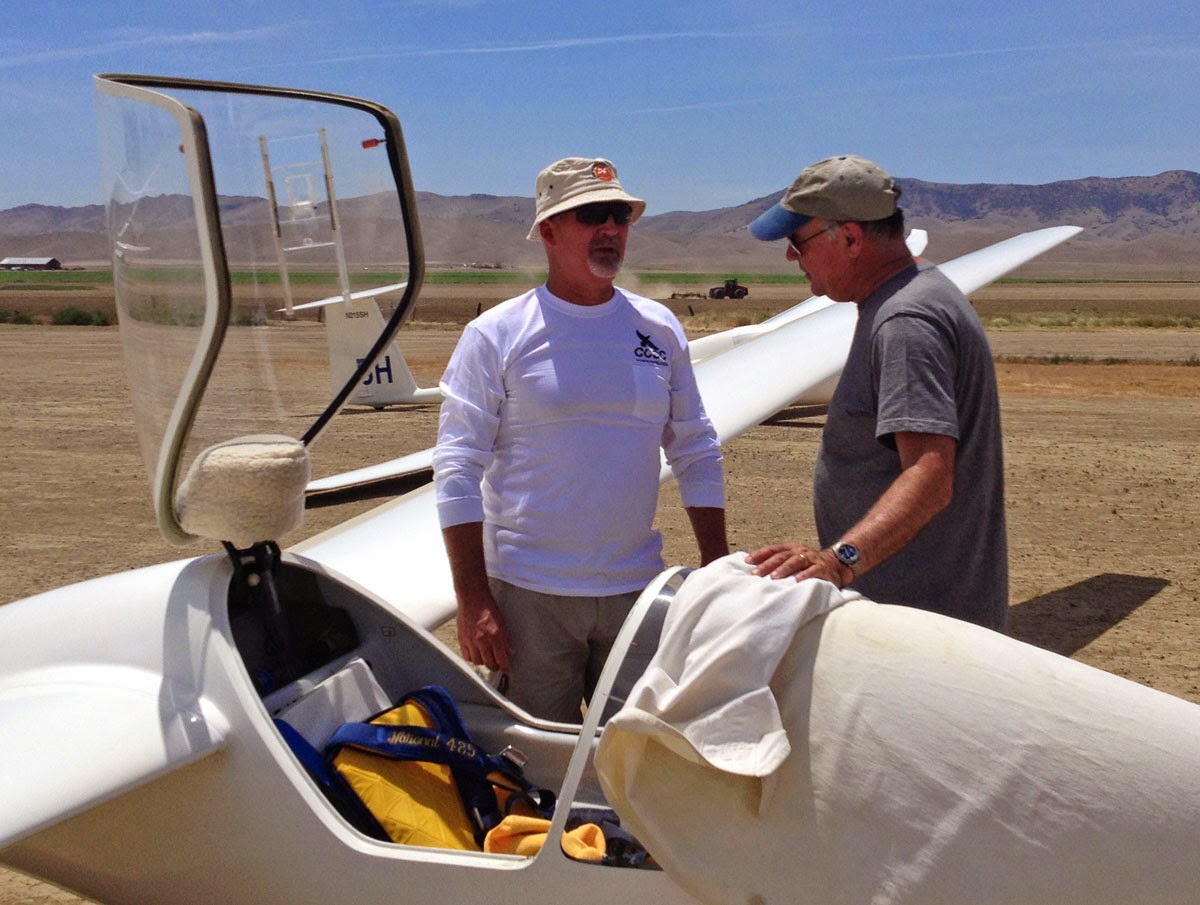 Martin Caskey watches as Walt Rogers rinses off his Discus 2a, "WX." 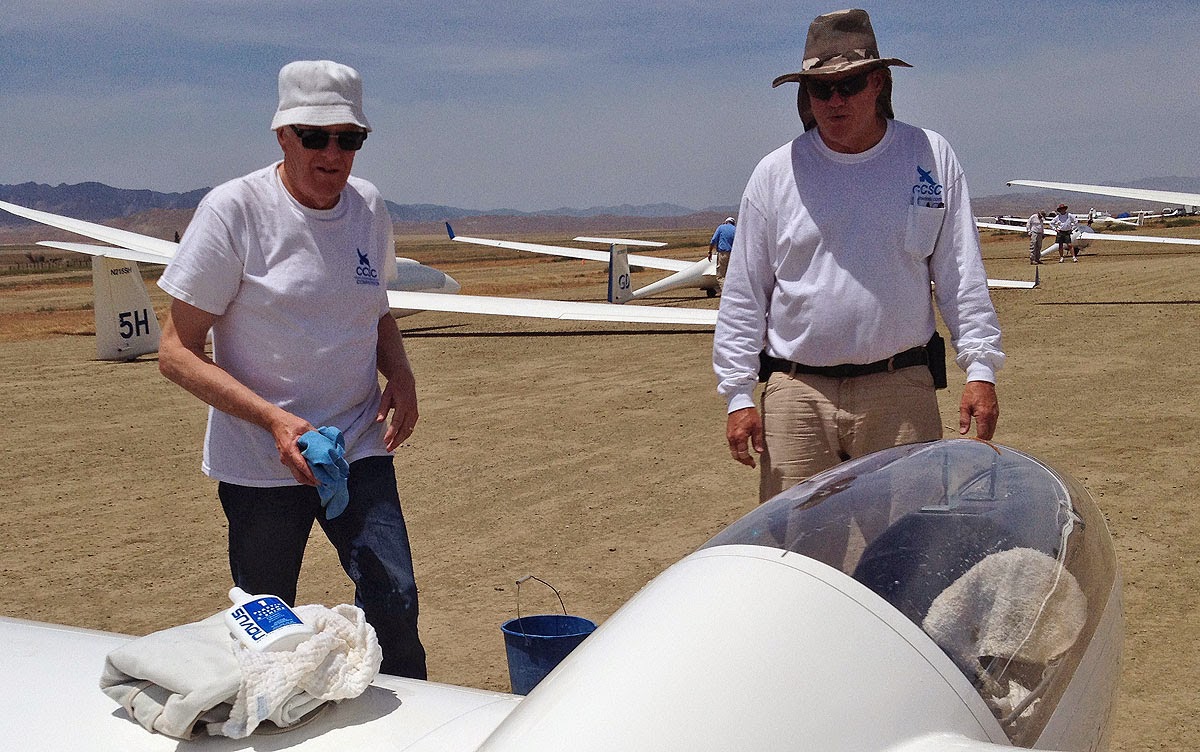 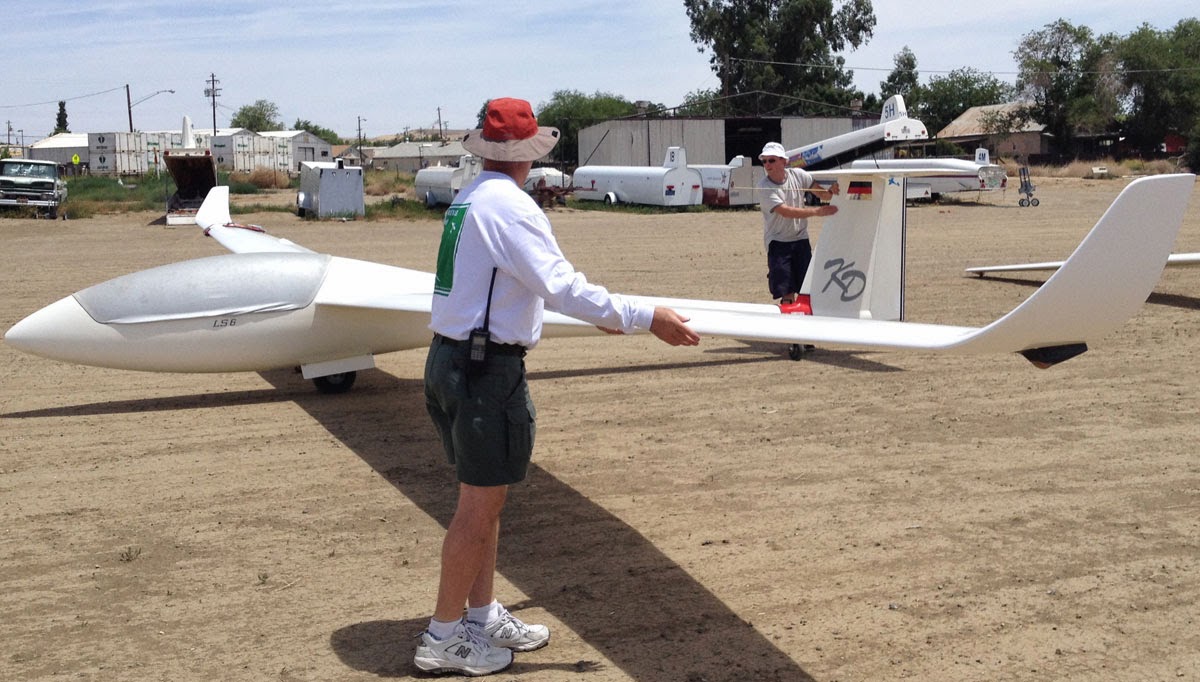 It was a very picturesque sky as all the sailplanes are positioned and ready to launch, but there were no clouds which be useful as markers.

Joe is patiently waiting to run the wing of  the first sailplane to launch, Bill Gawthrop in F8: 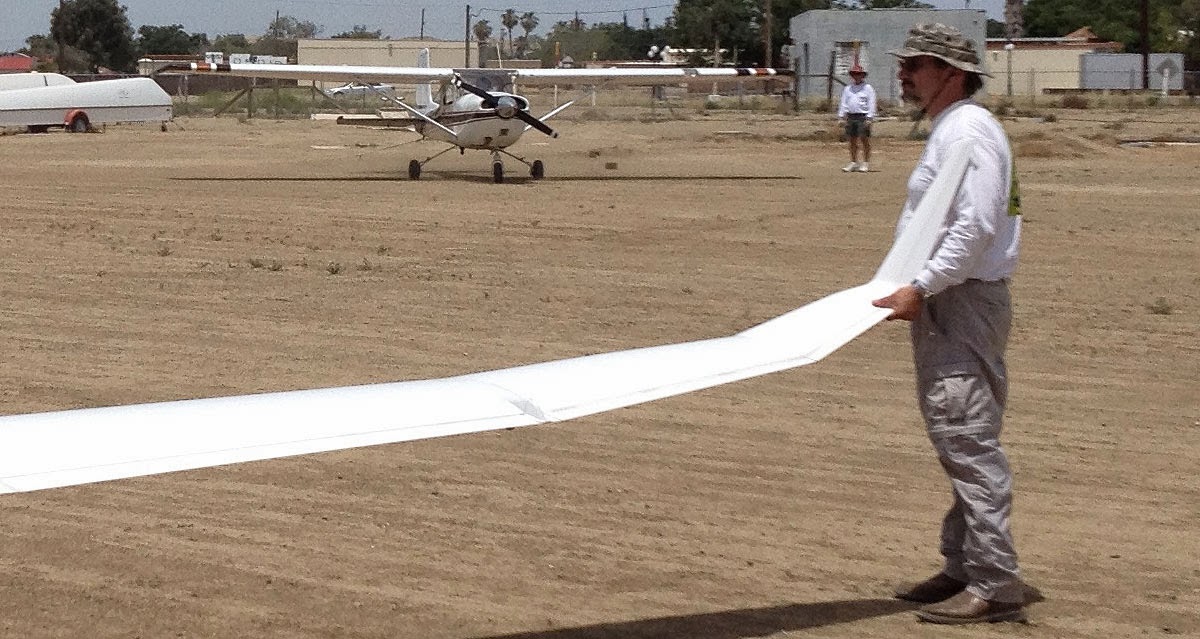 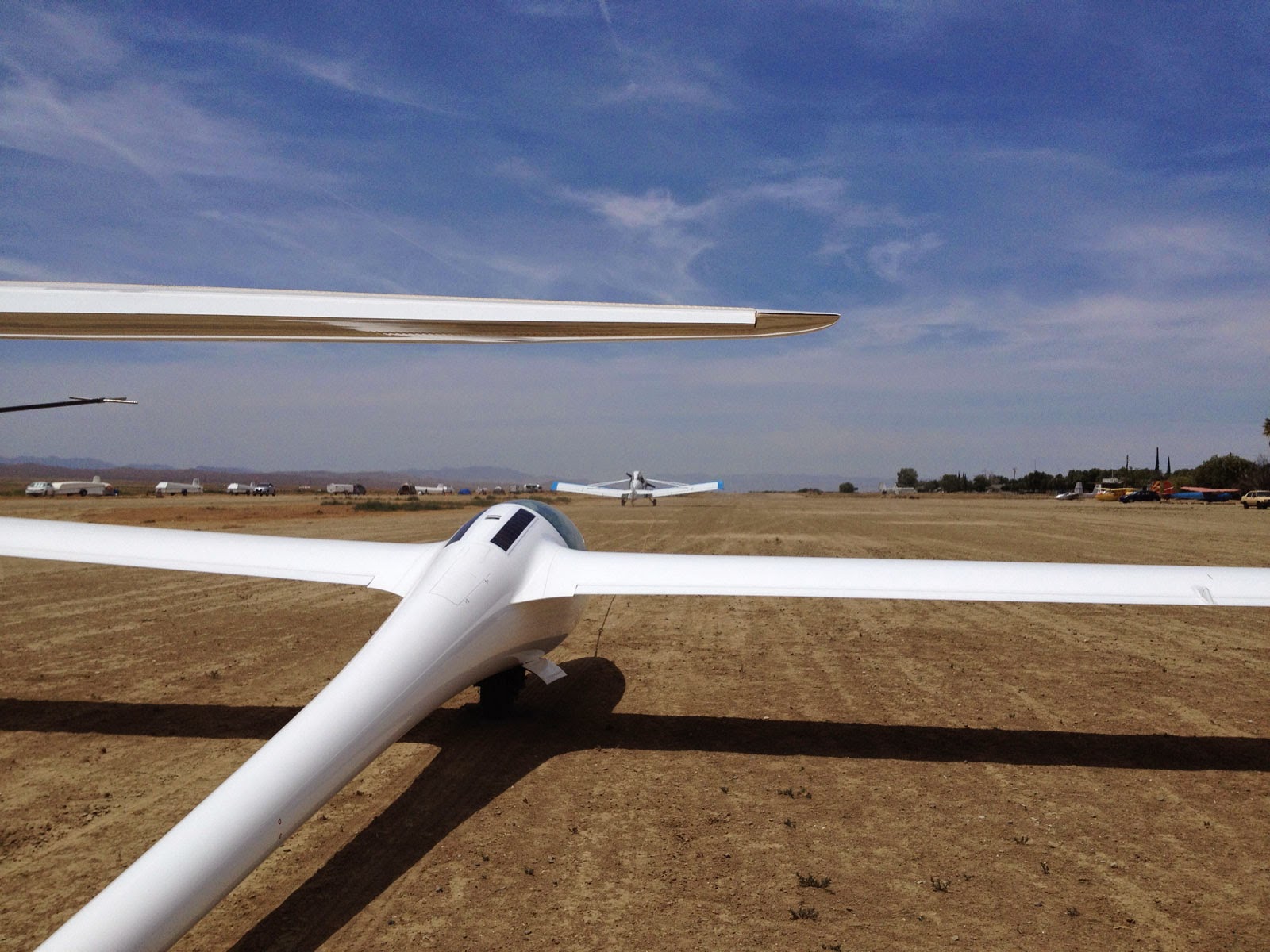 Martin keeps Jan Zanutto company while he is waiting to launch. 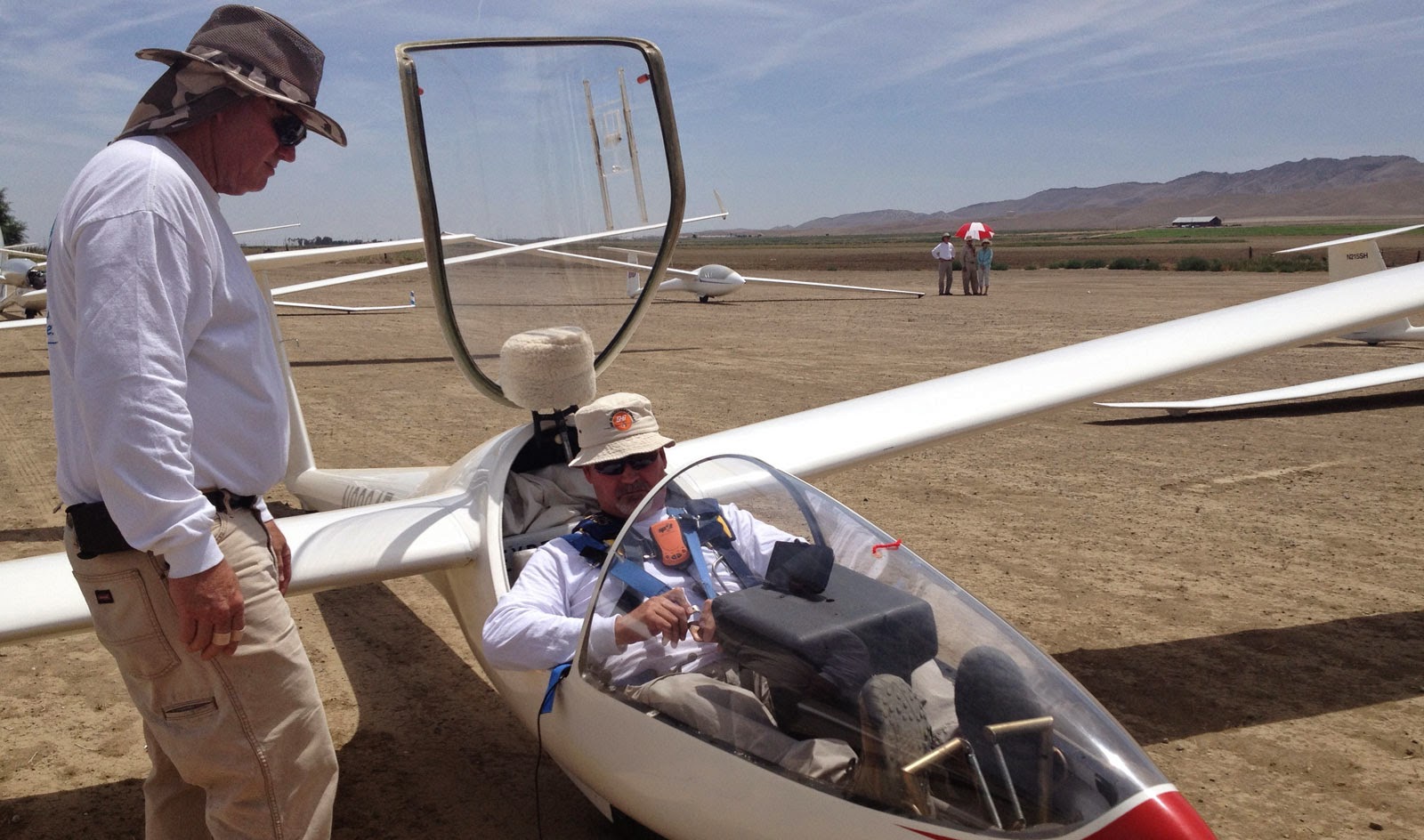 Thorsten sits in his cockpit, somewhat in the shade.

Karl also waits in the shade of a covered canopy.

Morgan waits and watches the sailplanes that have already taken off. 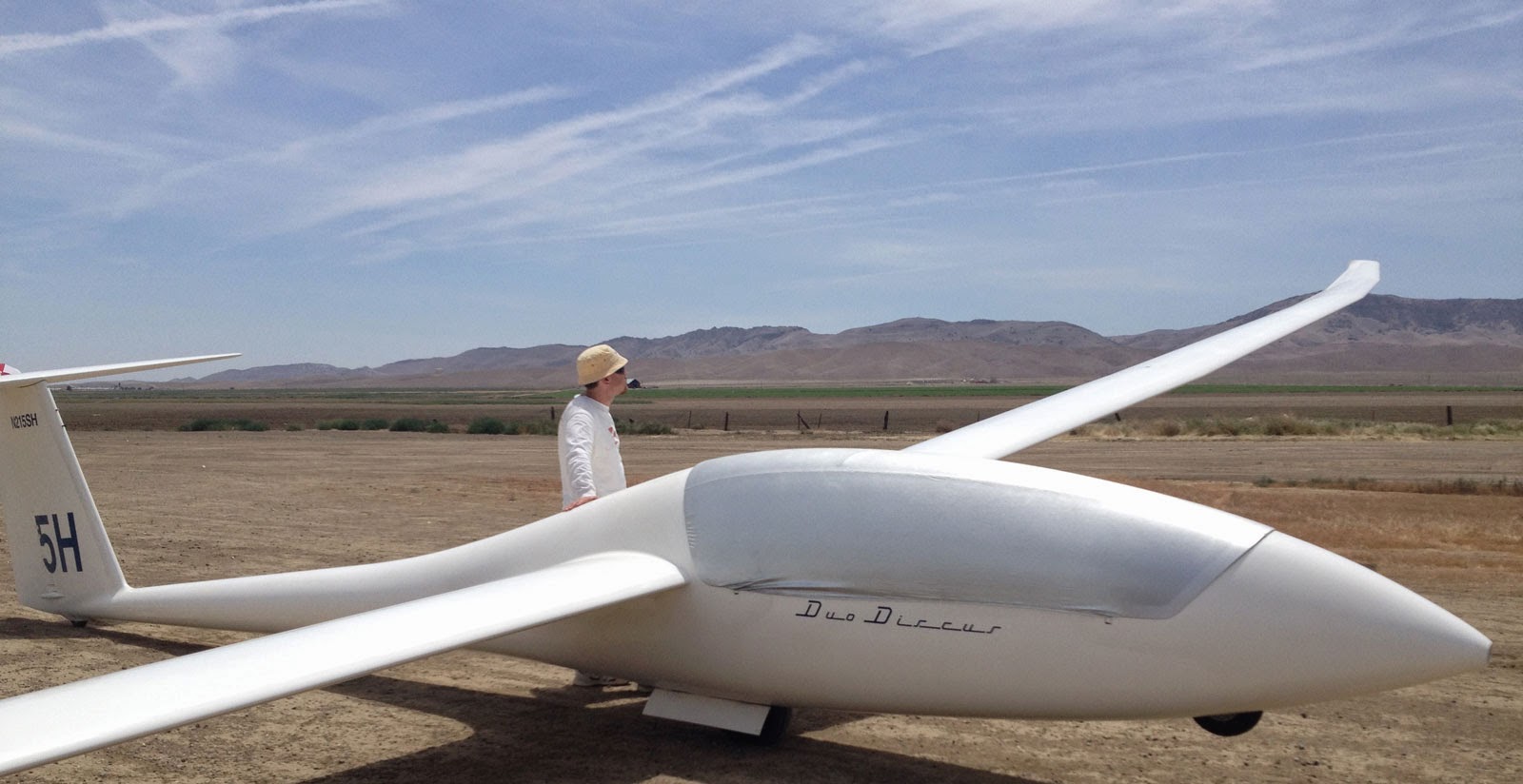 Now it is Thorsten's time to get hooked up to go.  Scott is attaching the rope. 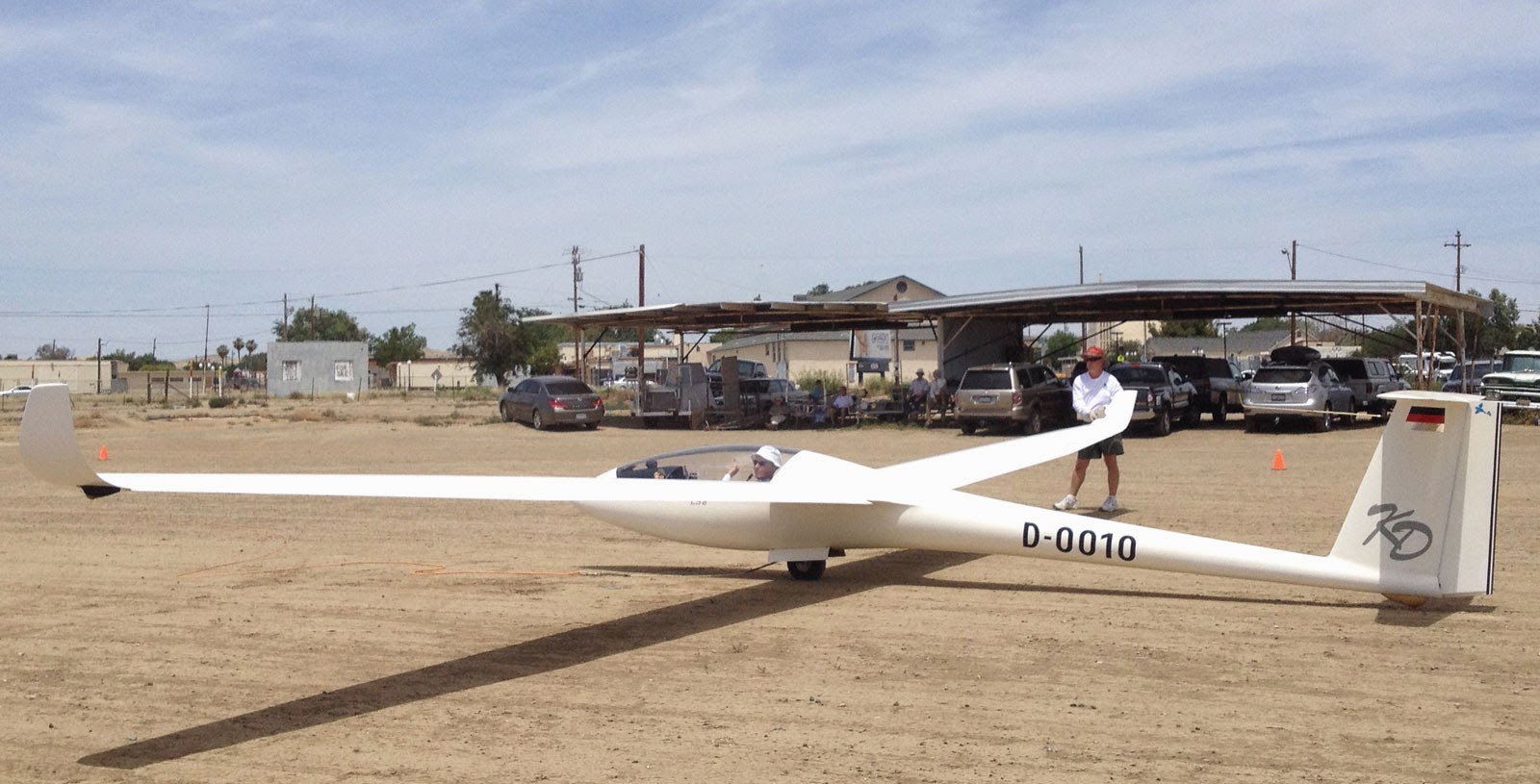 Martin takes advantage of the shade Nina is providing for Jan as he waits for the tow. 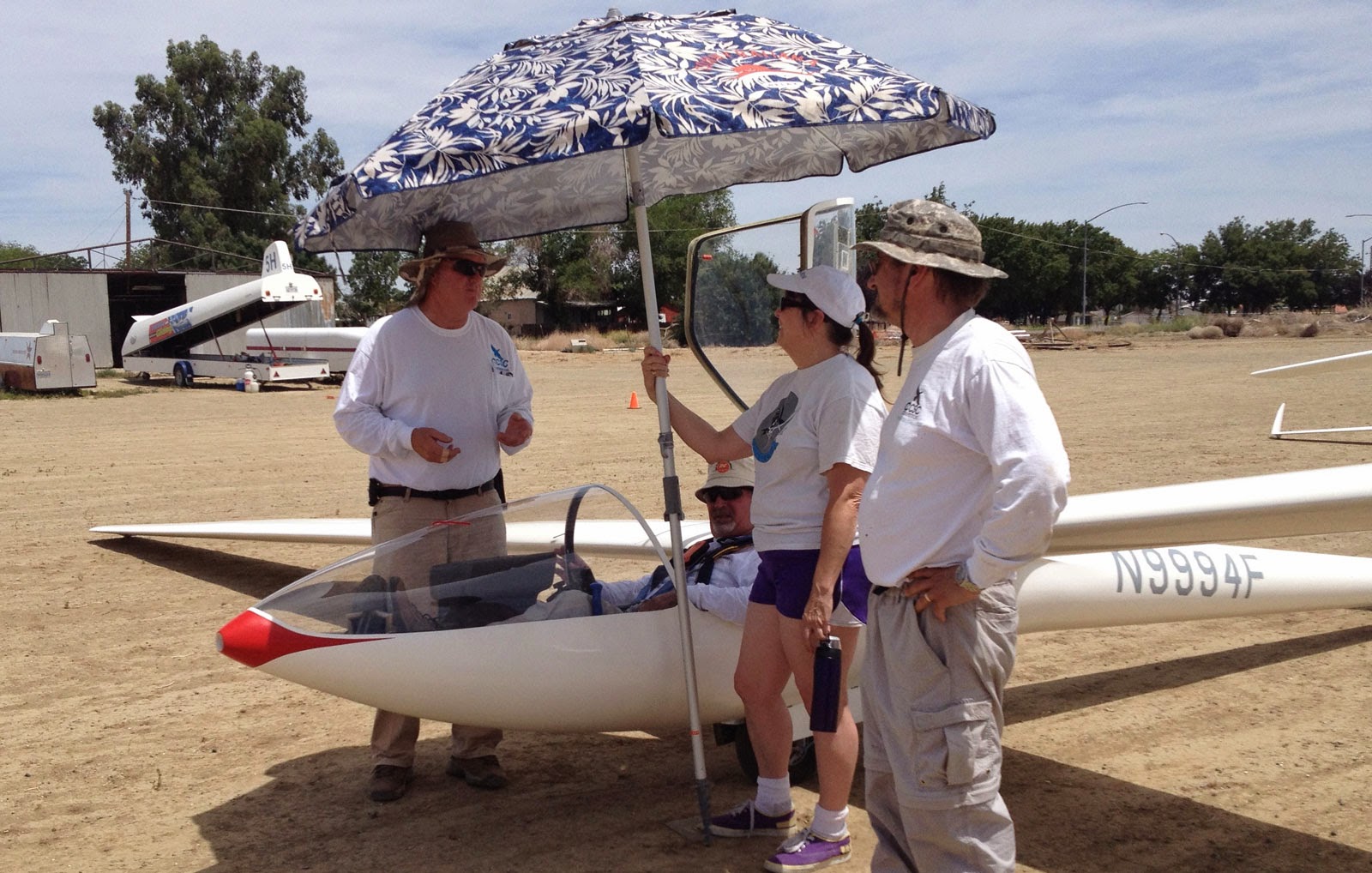 There really was a towplane and sailplane in that cloud of dust behind Scott. 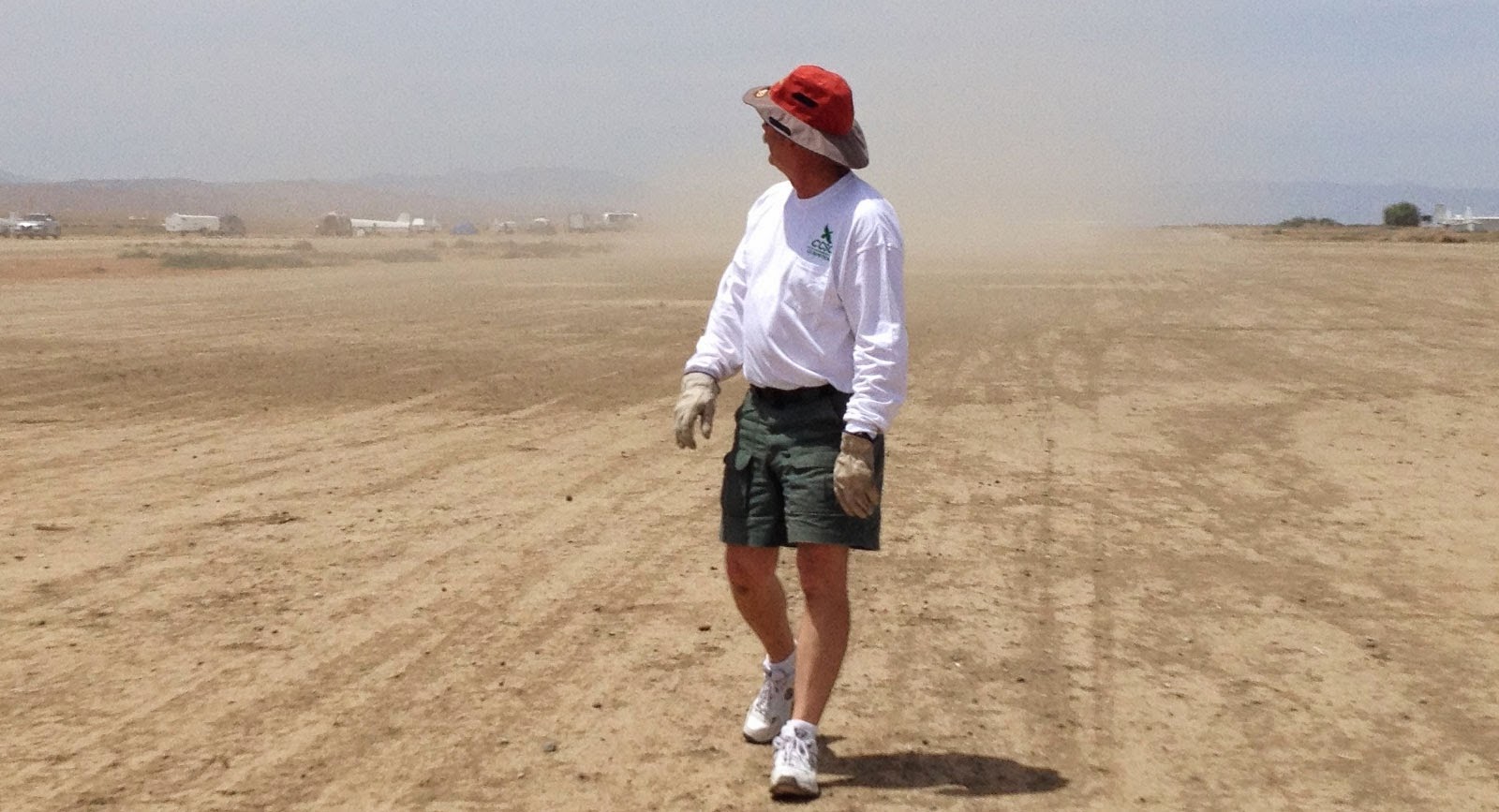 The towrope is connected, and Morgan is closing the canopy to takeoff. 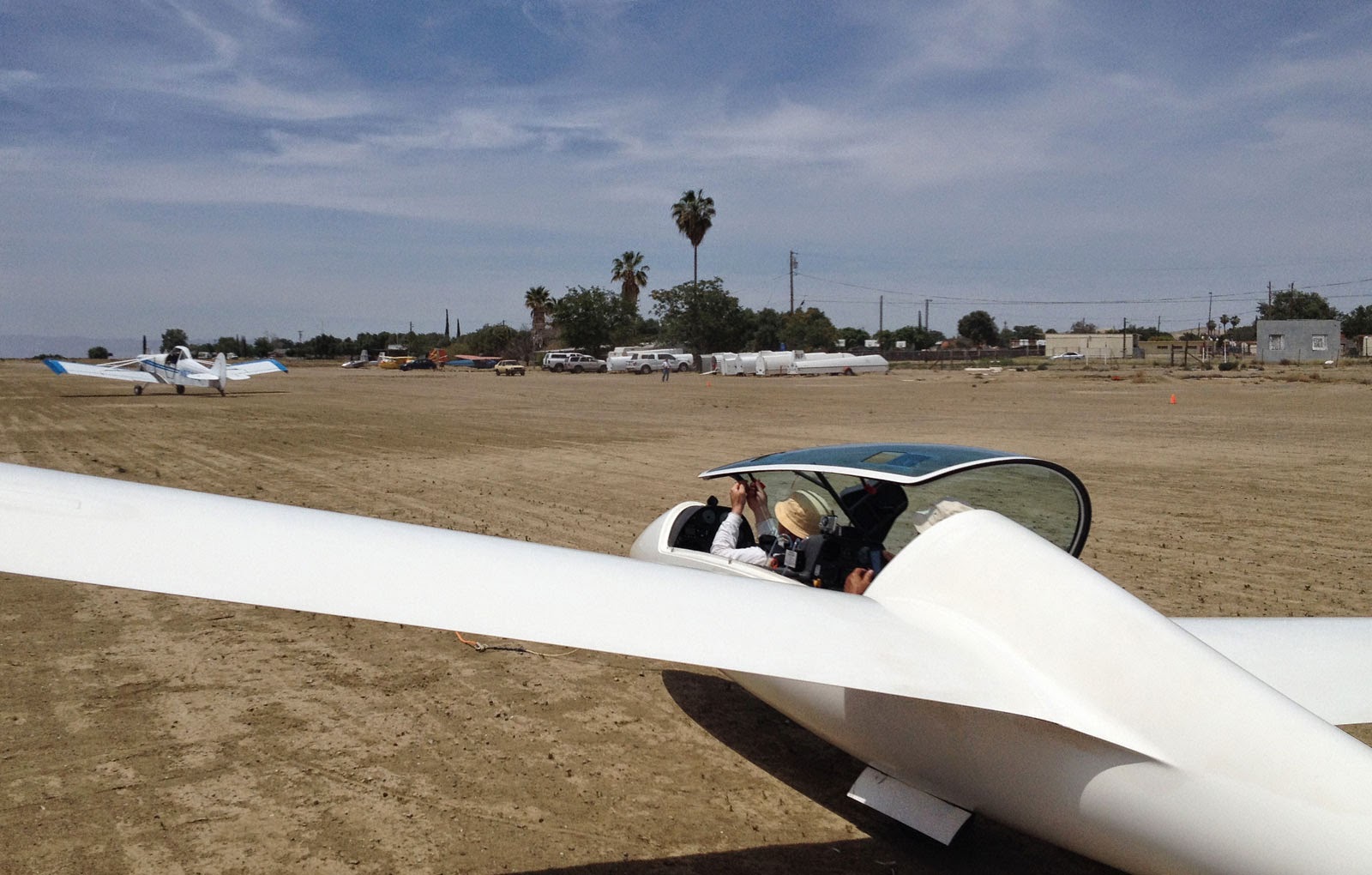 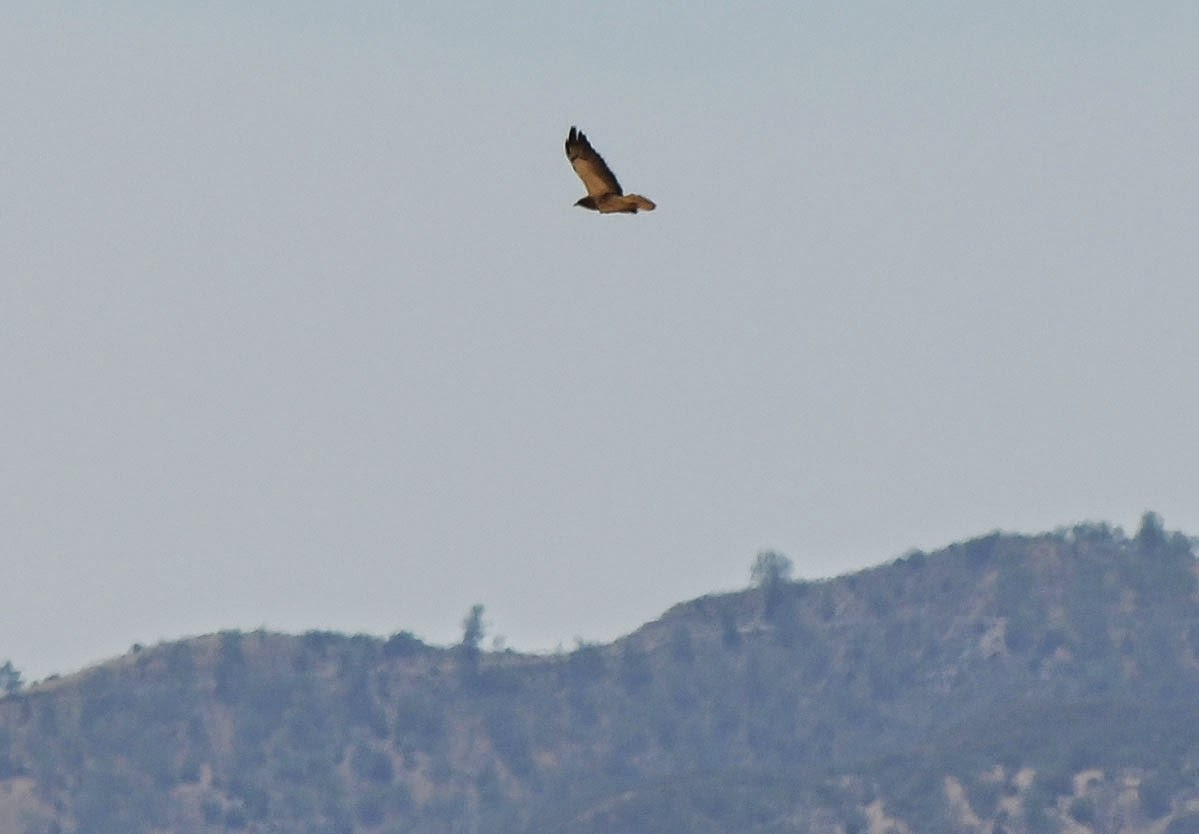 Here is some of the chatter heard around the ClubHouse after the flyikng was done:

Jim, "It was more work for me than yesterday.  Trying to find the convergence on a blue day was pretty tough."


Bill Gothrup; "I said I wasn't going to get low at Hernandez, and I got low (4000) at Hernandez Reservior.  Definitely lift at Castle Peak,  Went out west and there was nothing, I was getting thrashed out in the canyons, so I came further east.  It was a weird day today"

Morgan said, "There no whole thermals, only half thermals. It was a pretty good day."

They joked about making a turnpoint tomorrow at Lemoore NAS. 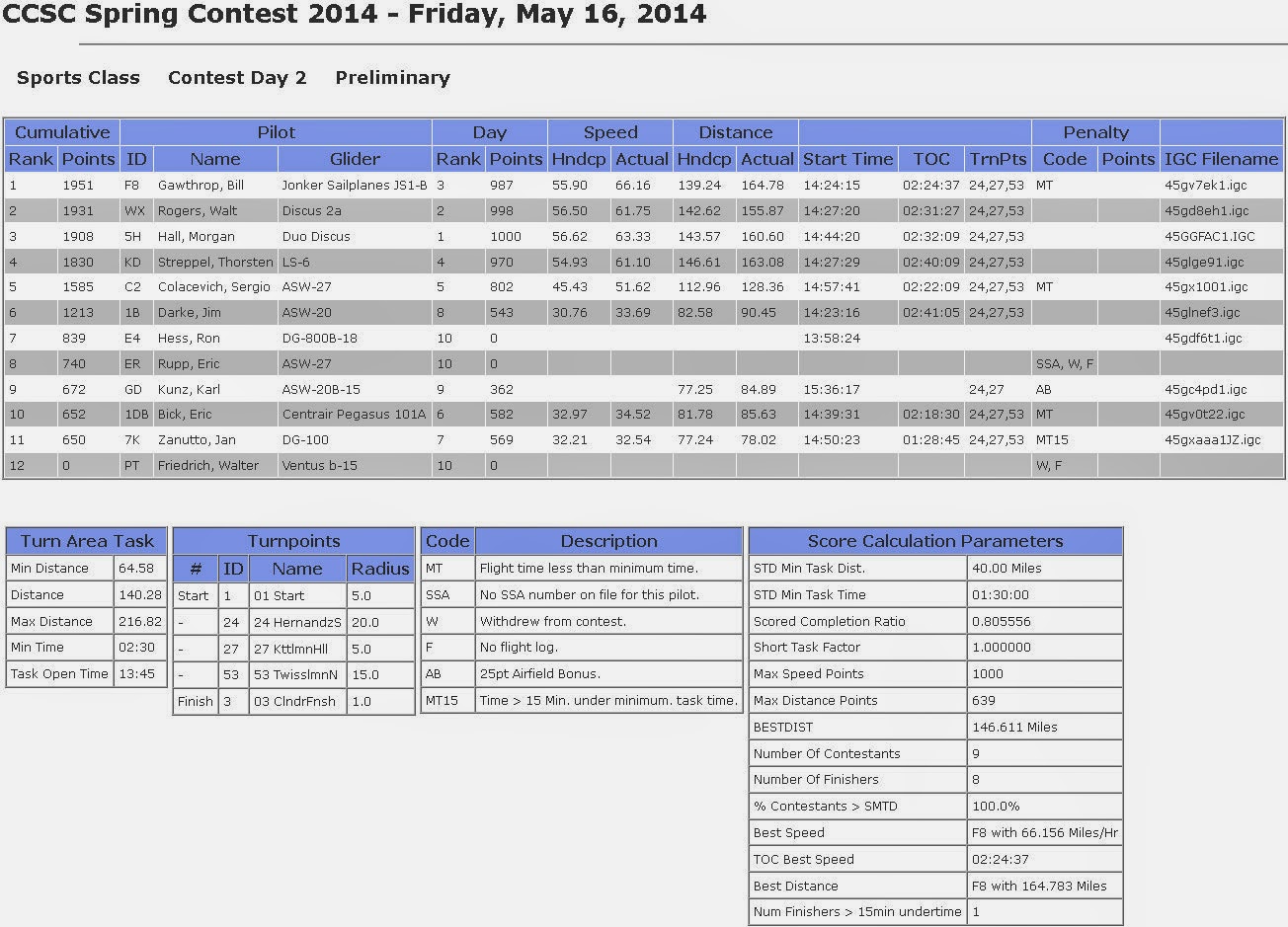 In the meantime, while the gliders were all out and the re-lights were done, Dan Gudgel took a couple of flights with Edo McGowan.  Dan thought Edo was going to pick things up quickly.

Planning for the Day 3 Task: 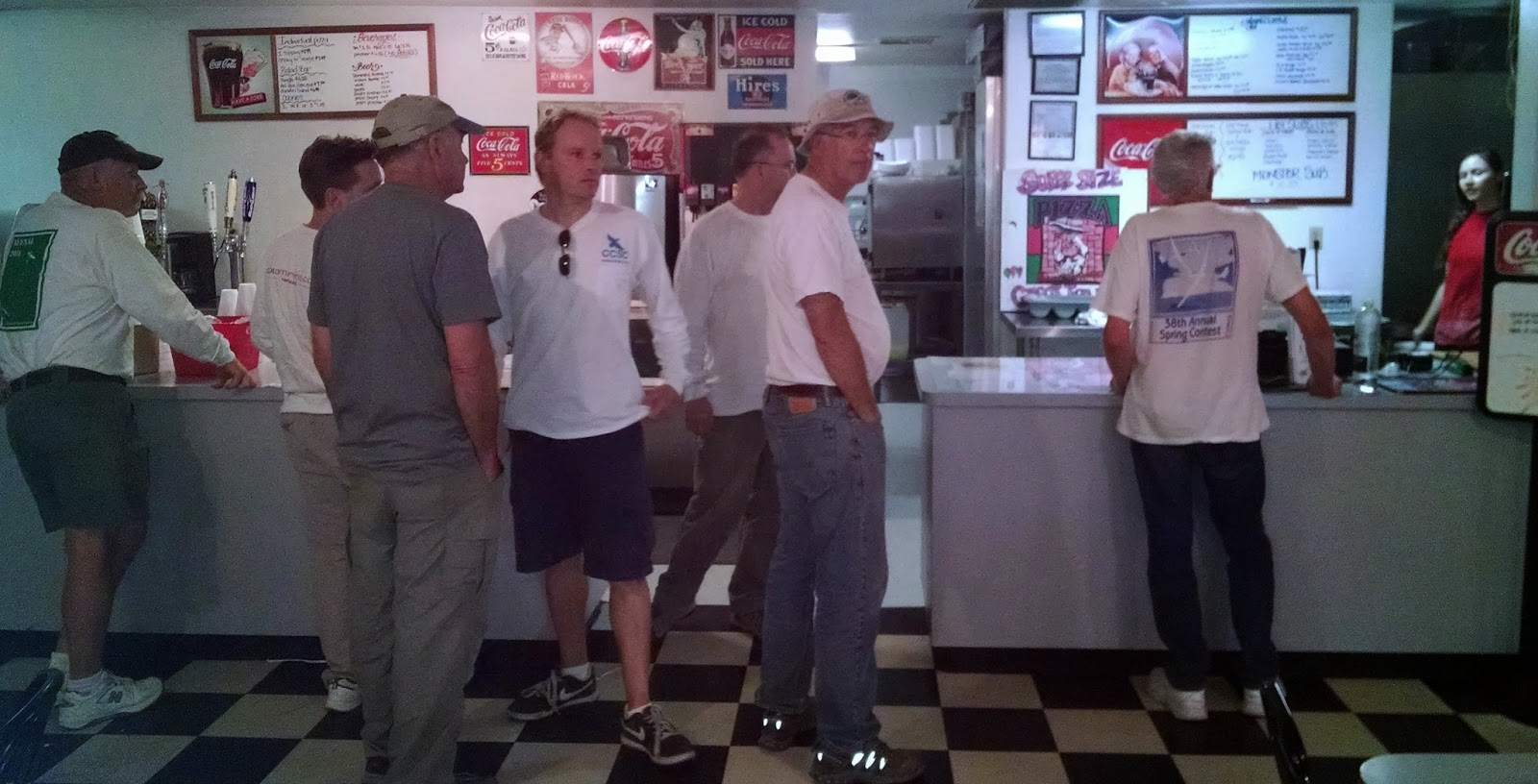