Sergio Colacevich is assembling his ASW-27. 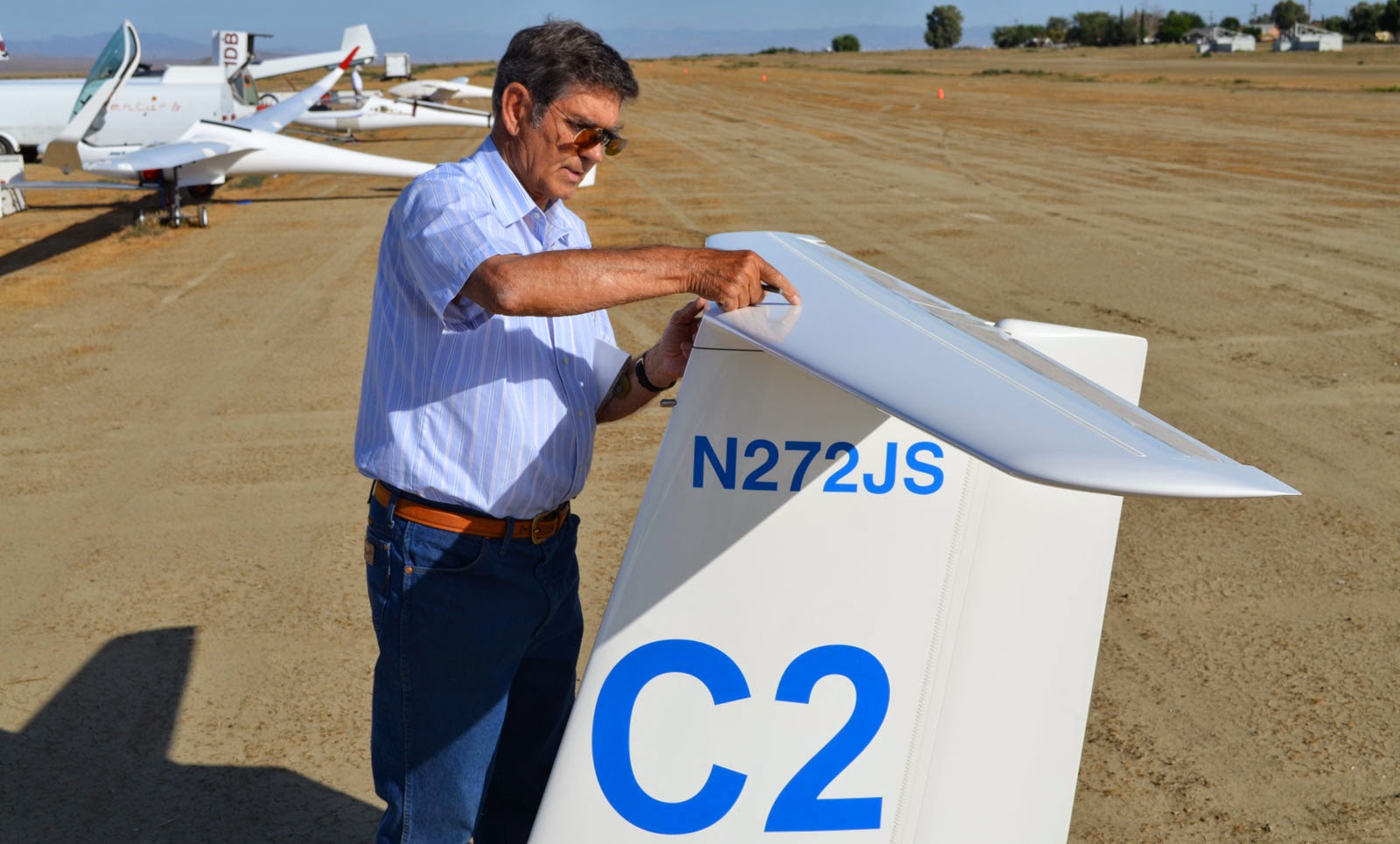 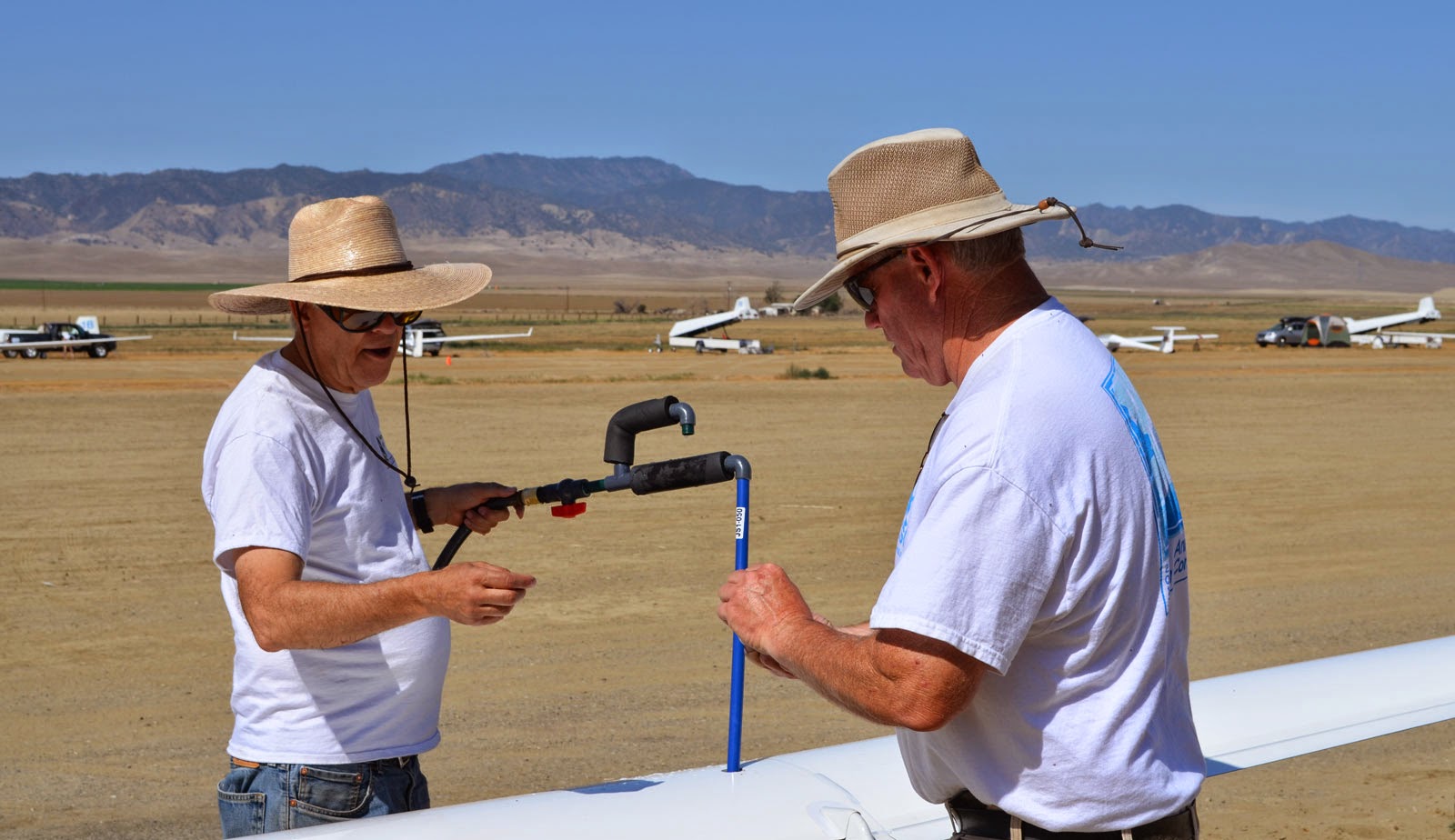 The RASP got a loit of attention today. 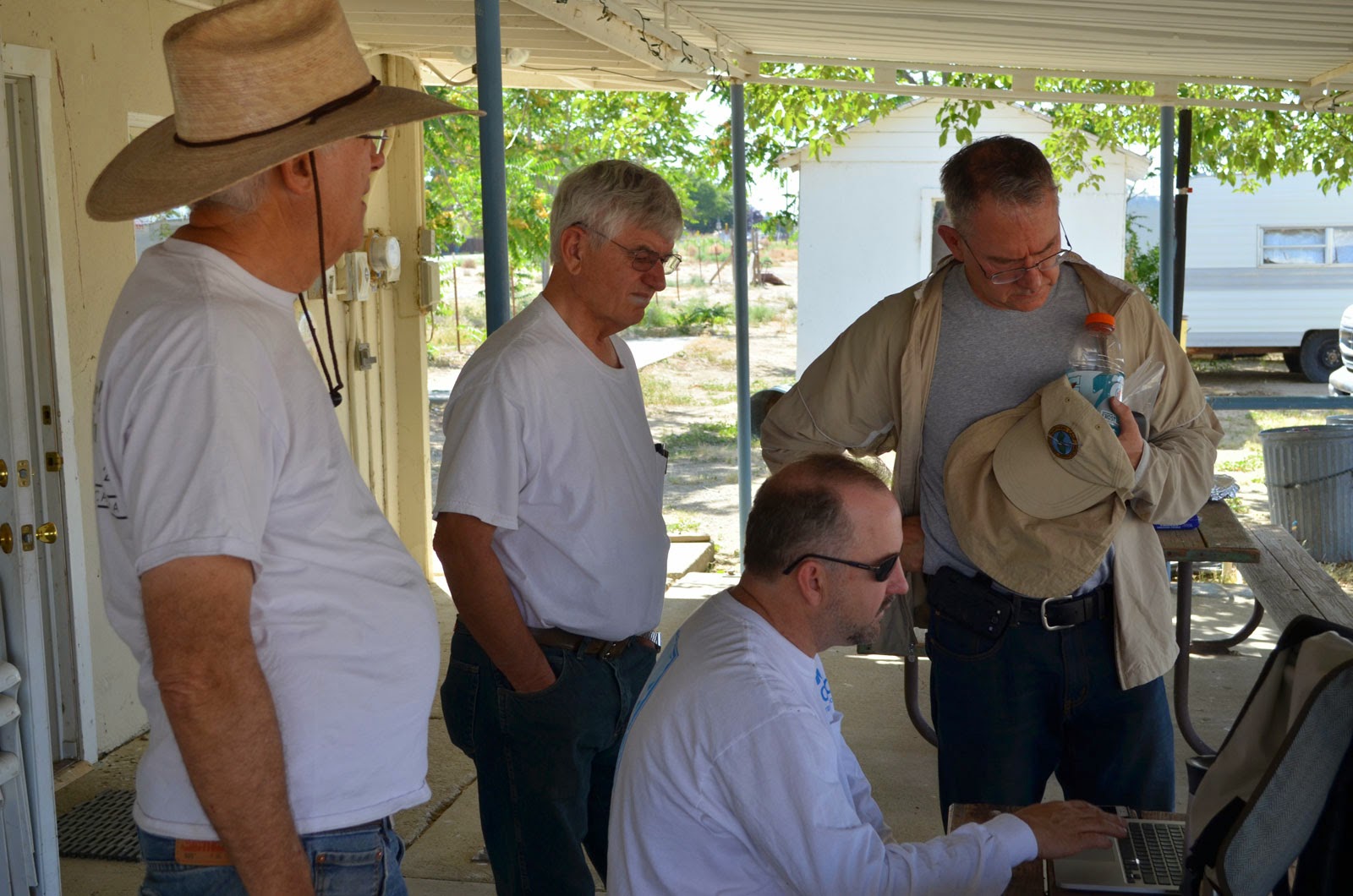 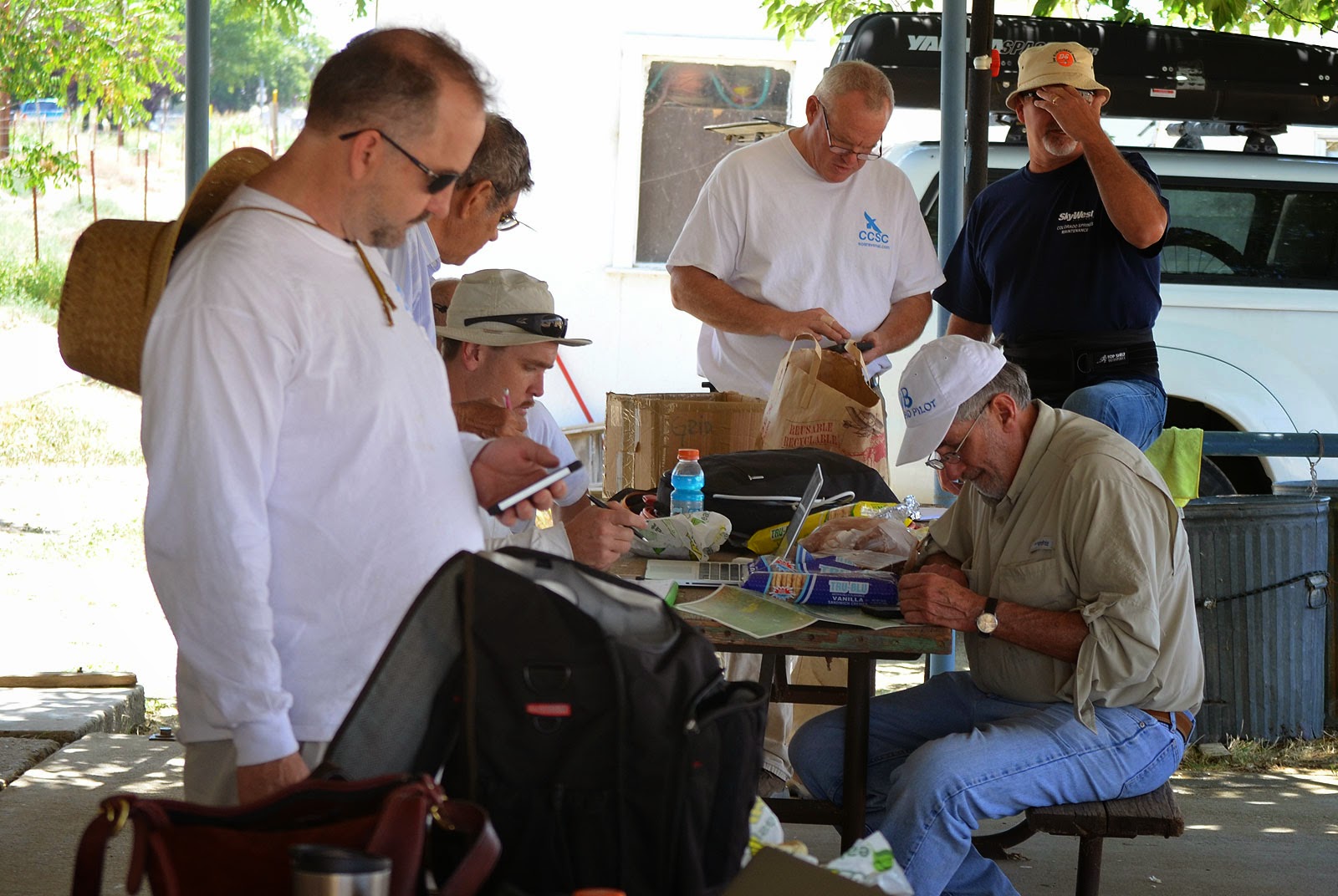 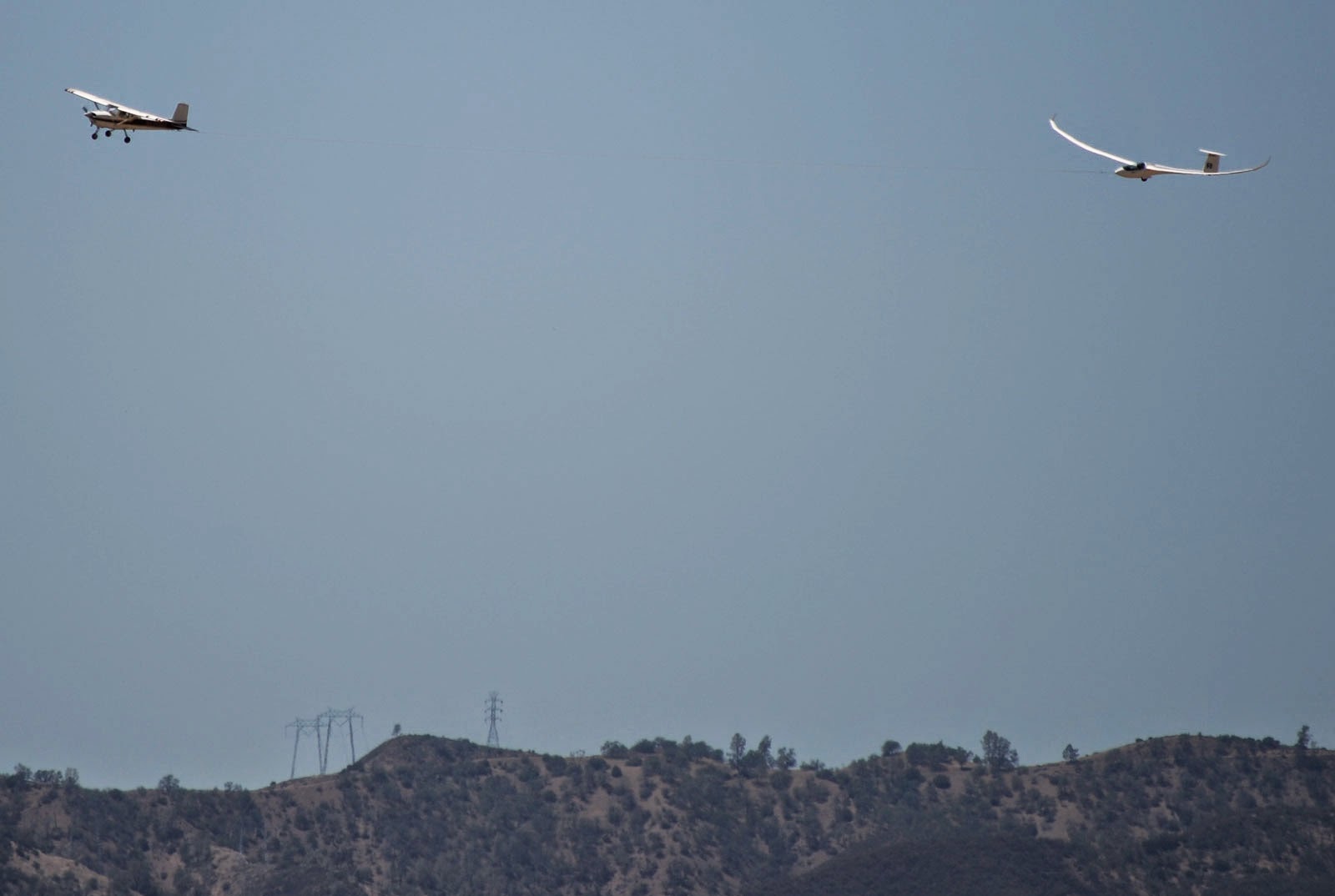 Sergio is ready for takeoff.

After Jim in 1B has launched, Nina provides shade for Eric, pilot of 1DB.

Morgan runs the wing for Walt Rogers in Whiskey X-Ray, a Discus 2a, as he takes off at 1:50 PM.

Morgan likes to be above the ground! 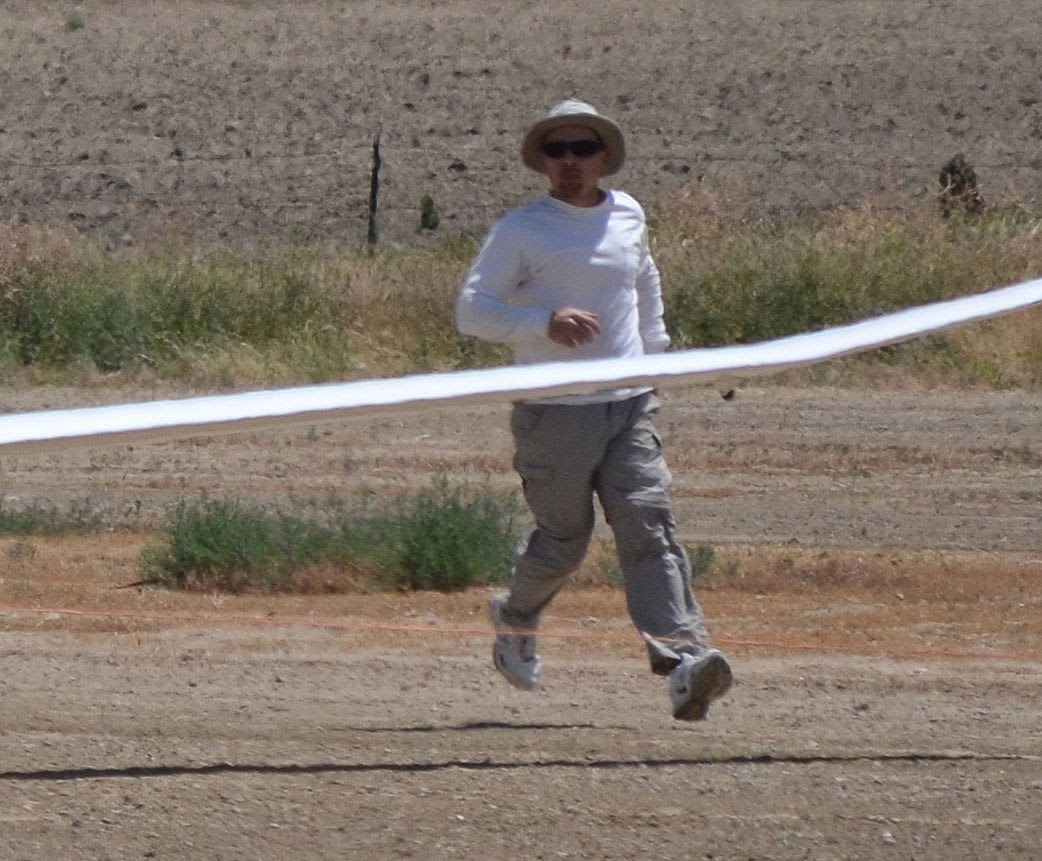 Ron begins an impressive angle of climb, which his bird maintained. Whiskey X-Ray had announced he was coming in for a "re-light, but found lift over the gliderport and kept on climbing. 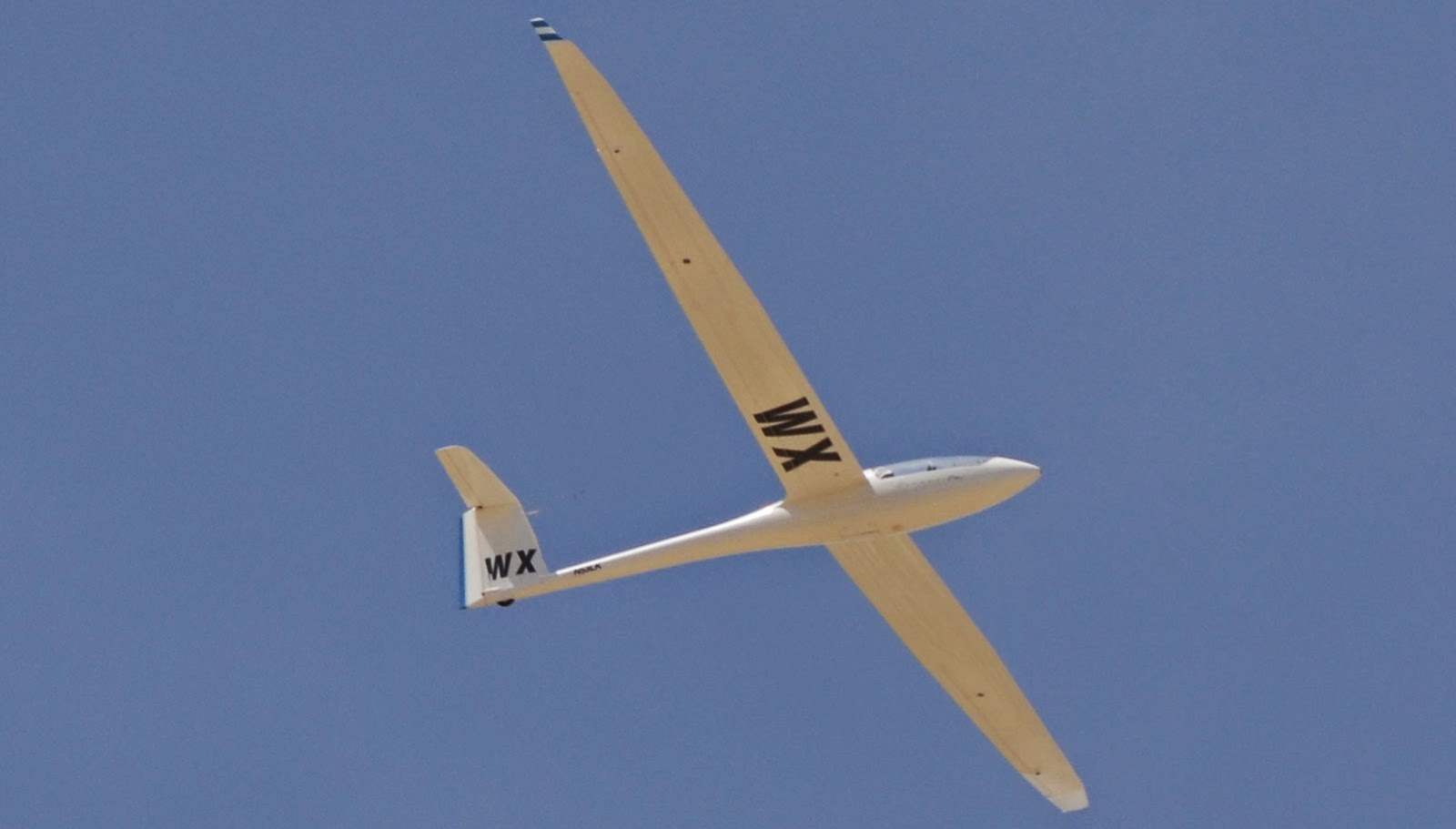 Morgan and Ethan are getting ready to go in 5H, a Duo Discus.  No, Ethan is not napping, just happened to be checking something the moment this picture was snapped. 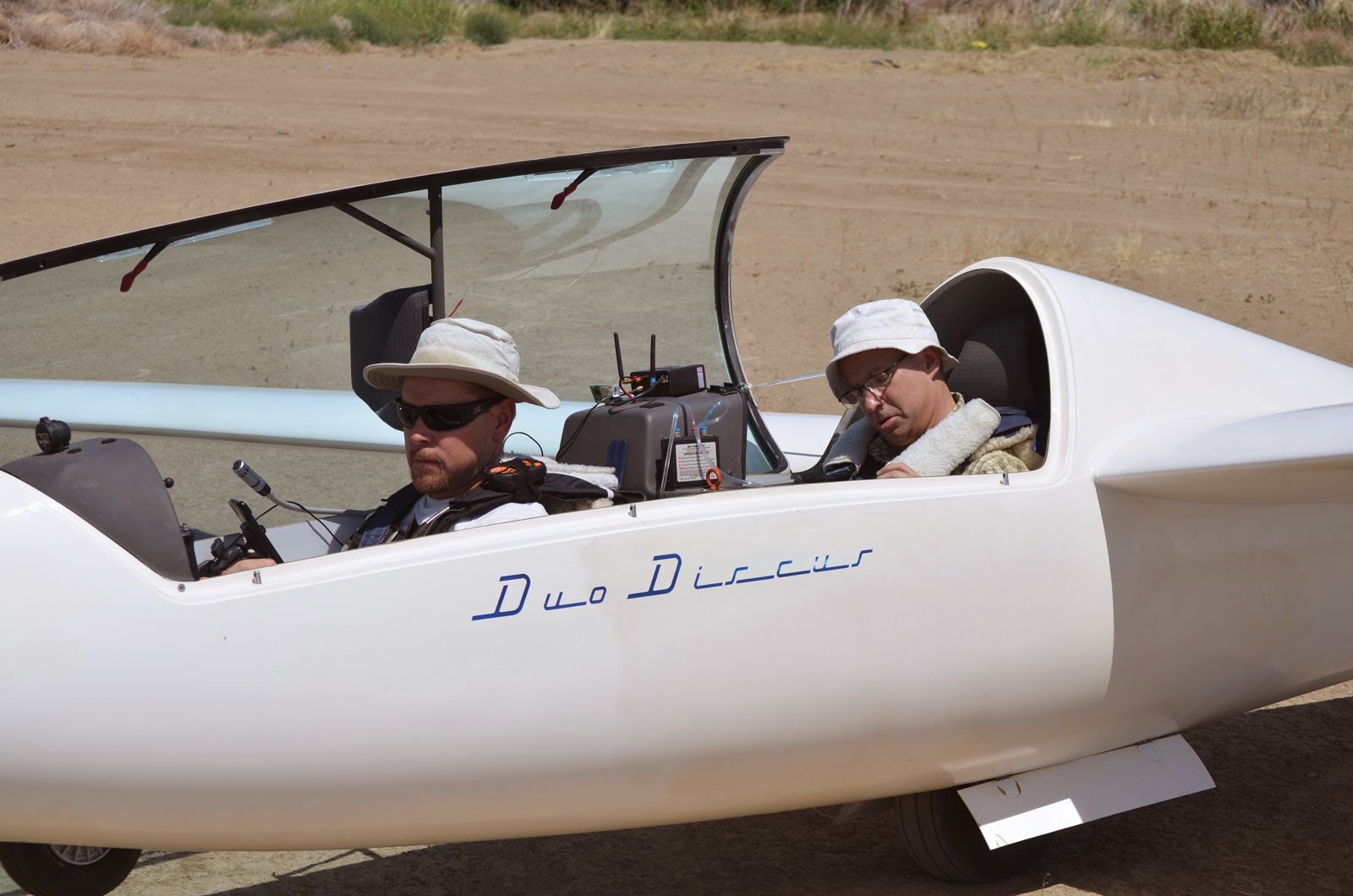 Martin runs the wing for Morgan and Ethan, taking off at 2:25.

A few seconds after takeoff, Morgan is calling the towplane about traffic straight ahead.  Bet this pilot was surprised to see so much activity here on a weekday. 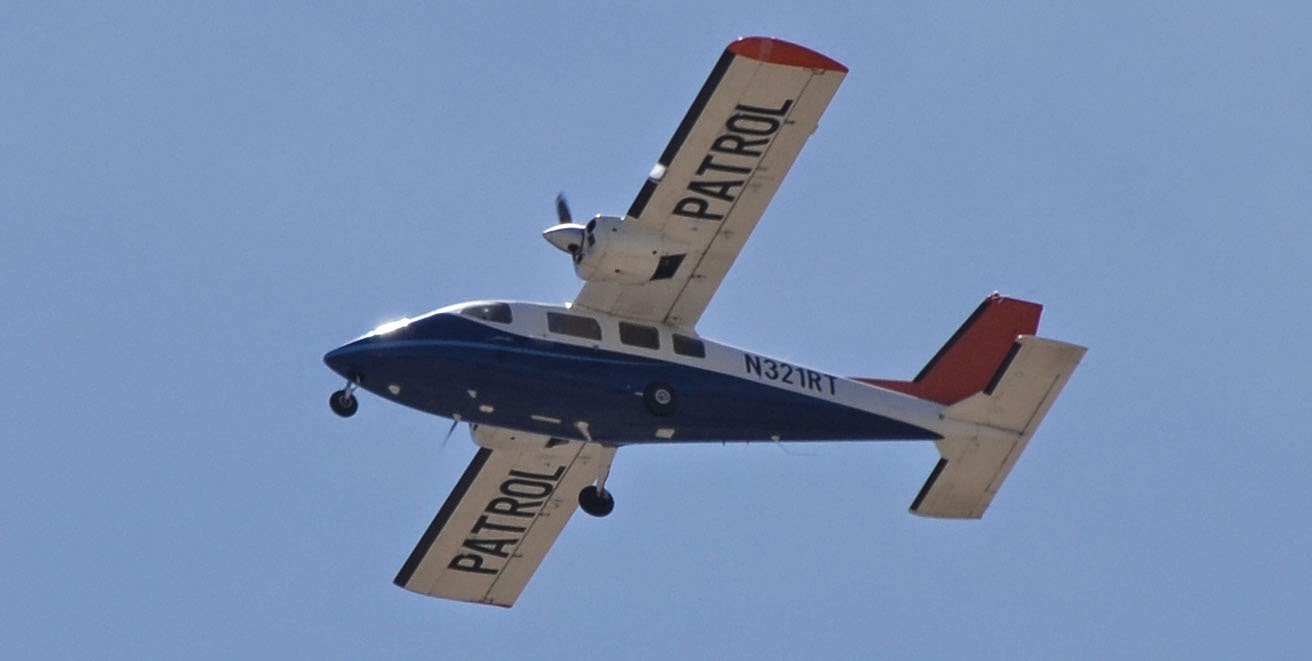 Walter lands at 2:54 PM.  He was not feeling good, and made the good decision to call it a day.

More traffic in the pattern.

Martin mows weeds along the south side of runway 7-25. 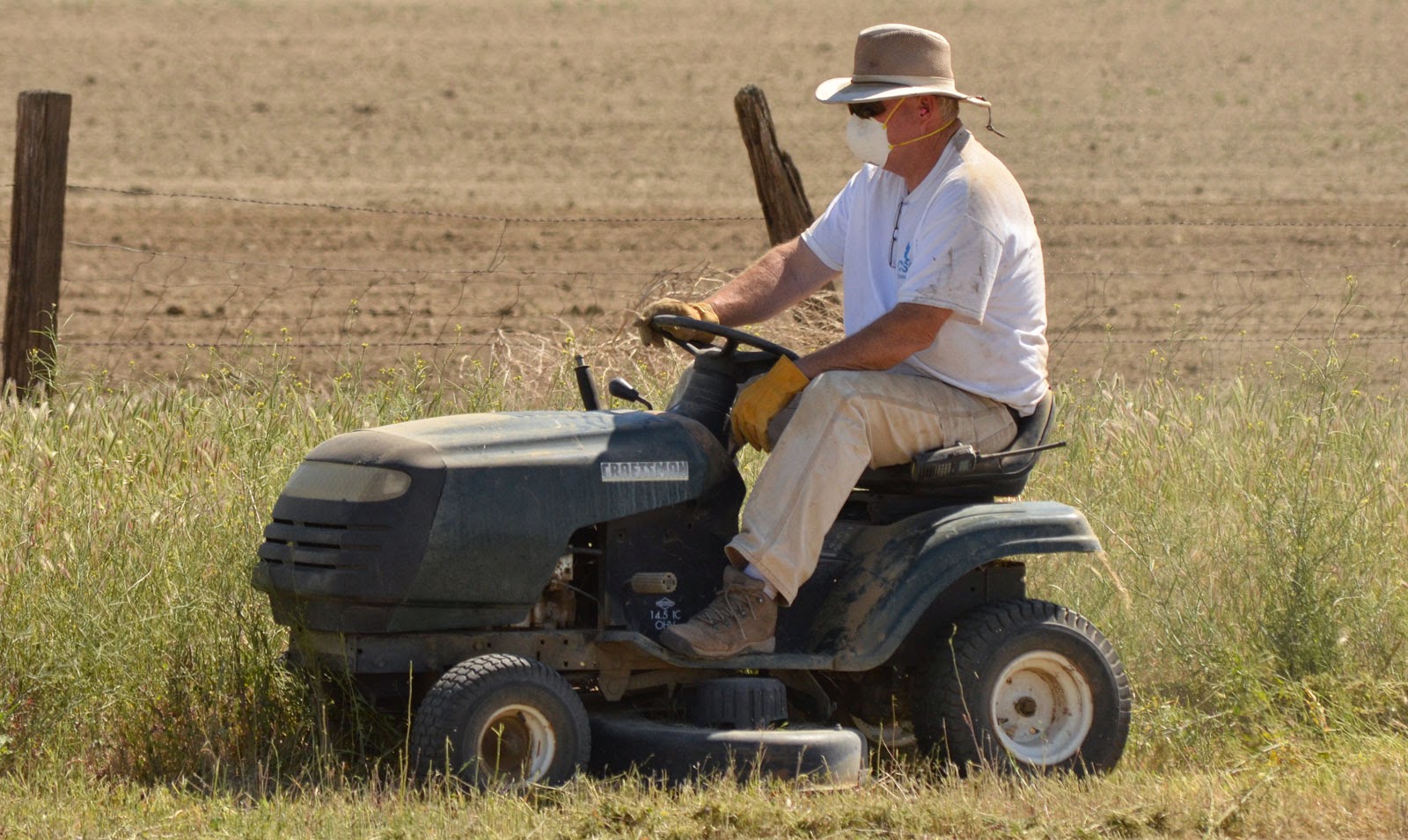 Taller than the wheels, it is time to mow them. 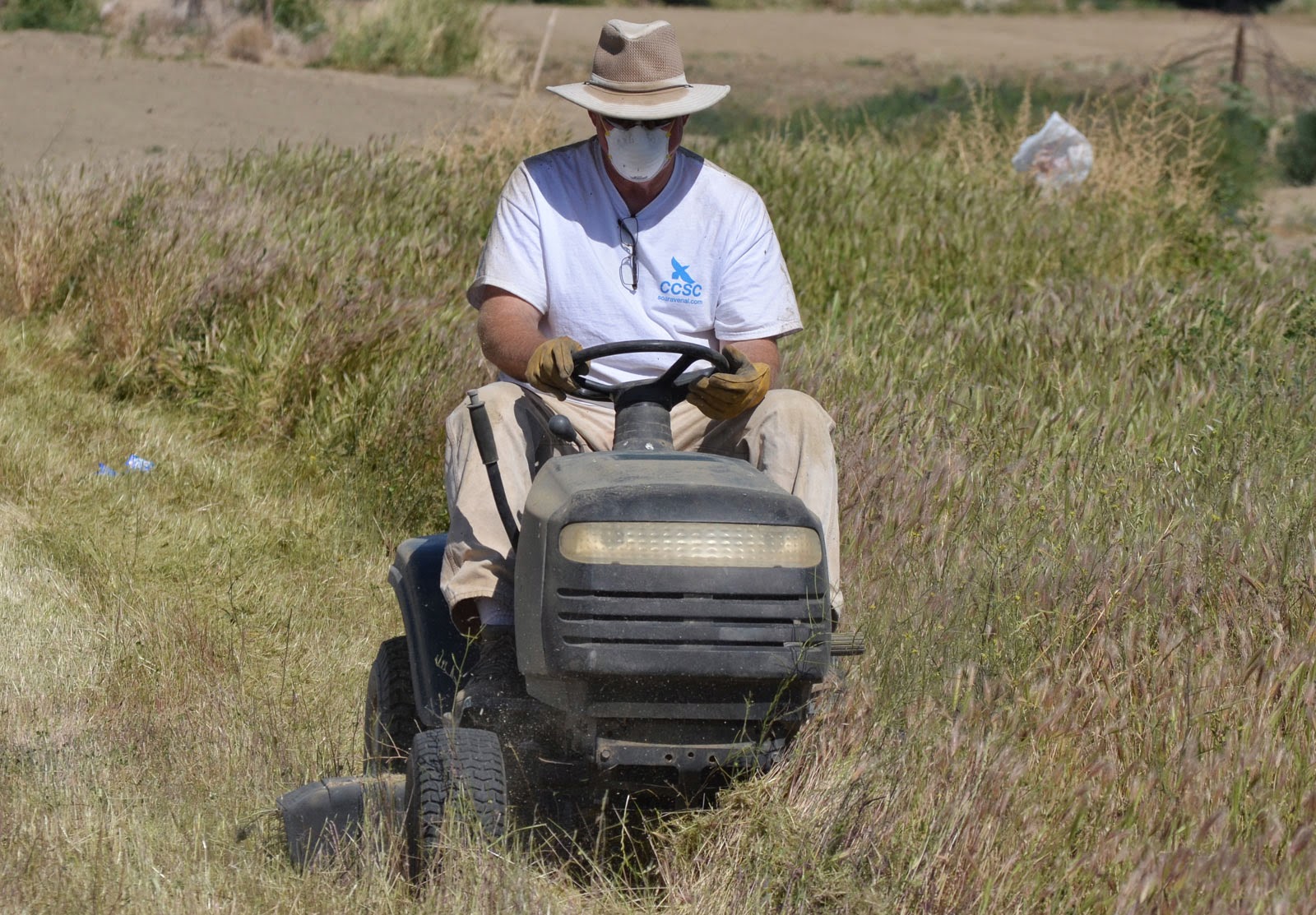 Heat waves distort the image as Eric in 1DB lands at 4:03 PM.

Bill in F8 gives a low pass with the jet sustainer engine running. 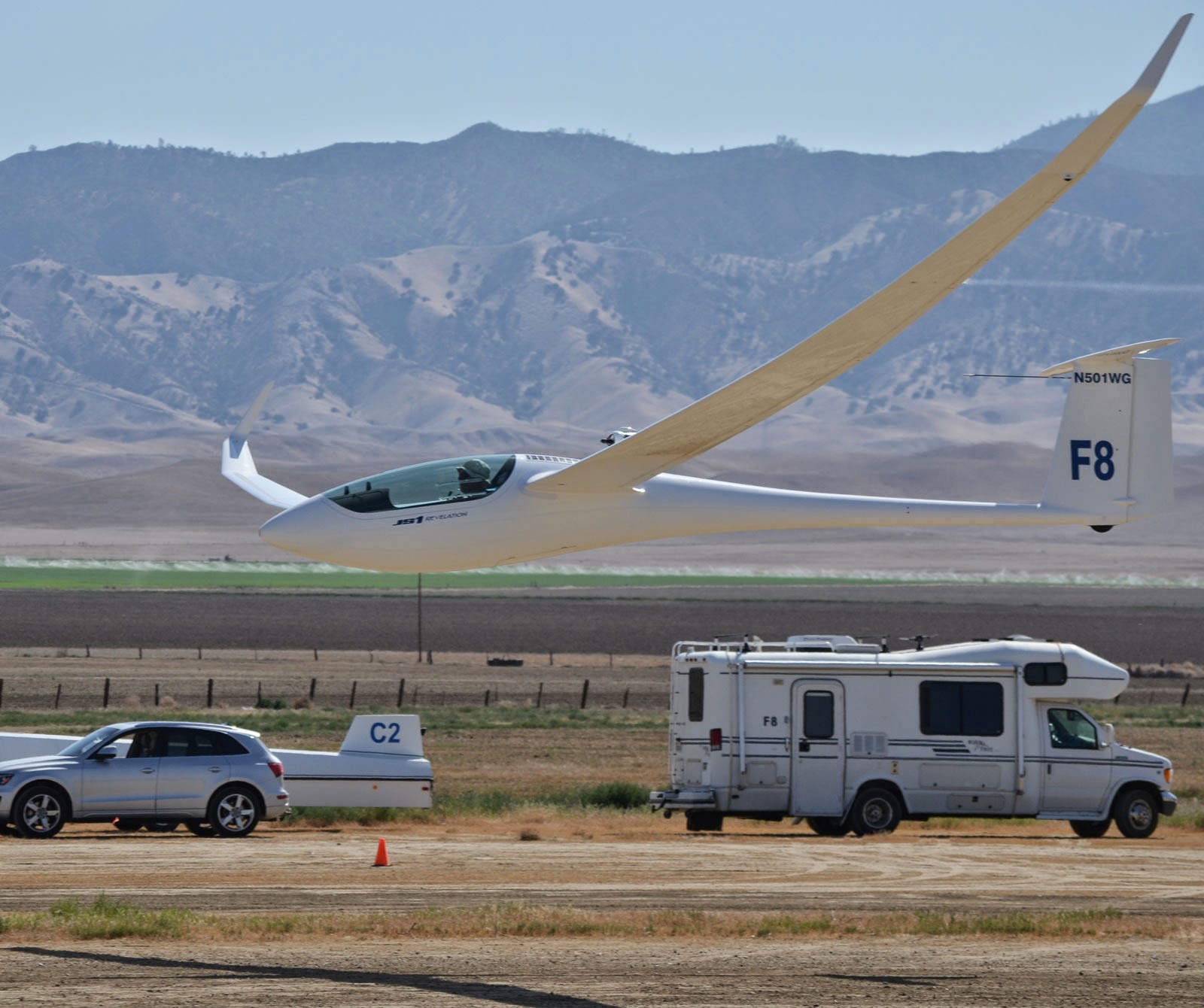 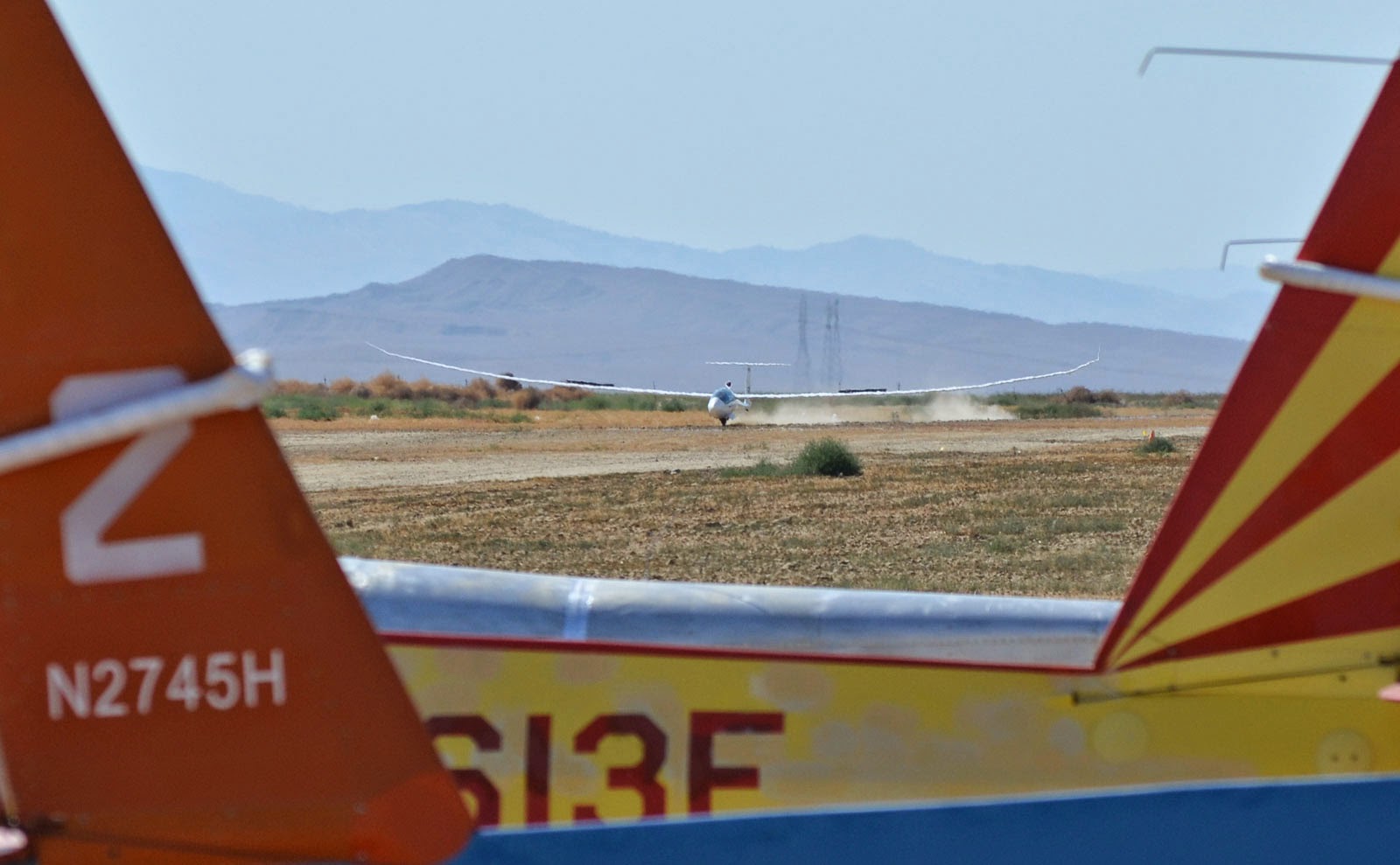 Morgan in 5H finishes the day with a touchdown at 5:38 PM.

While Morgan is handling the controls, Ethan gets to relax and smile for the camera...or maybe he is looking to see if the silly cameraman is too close! 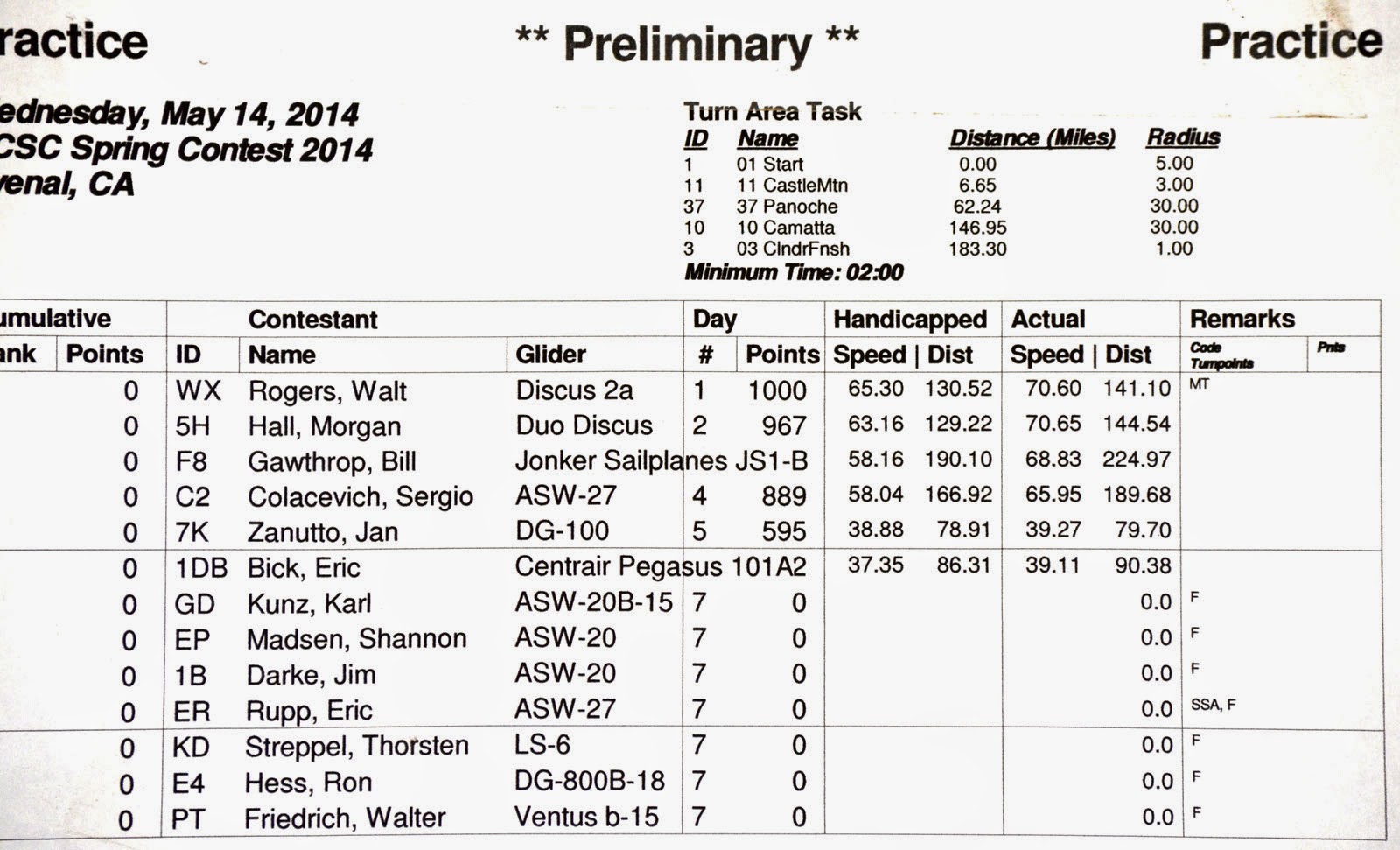 A good night's sleep is on order for the next day...clouds and contrails by the moon.. 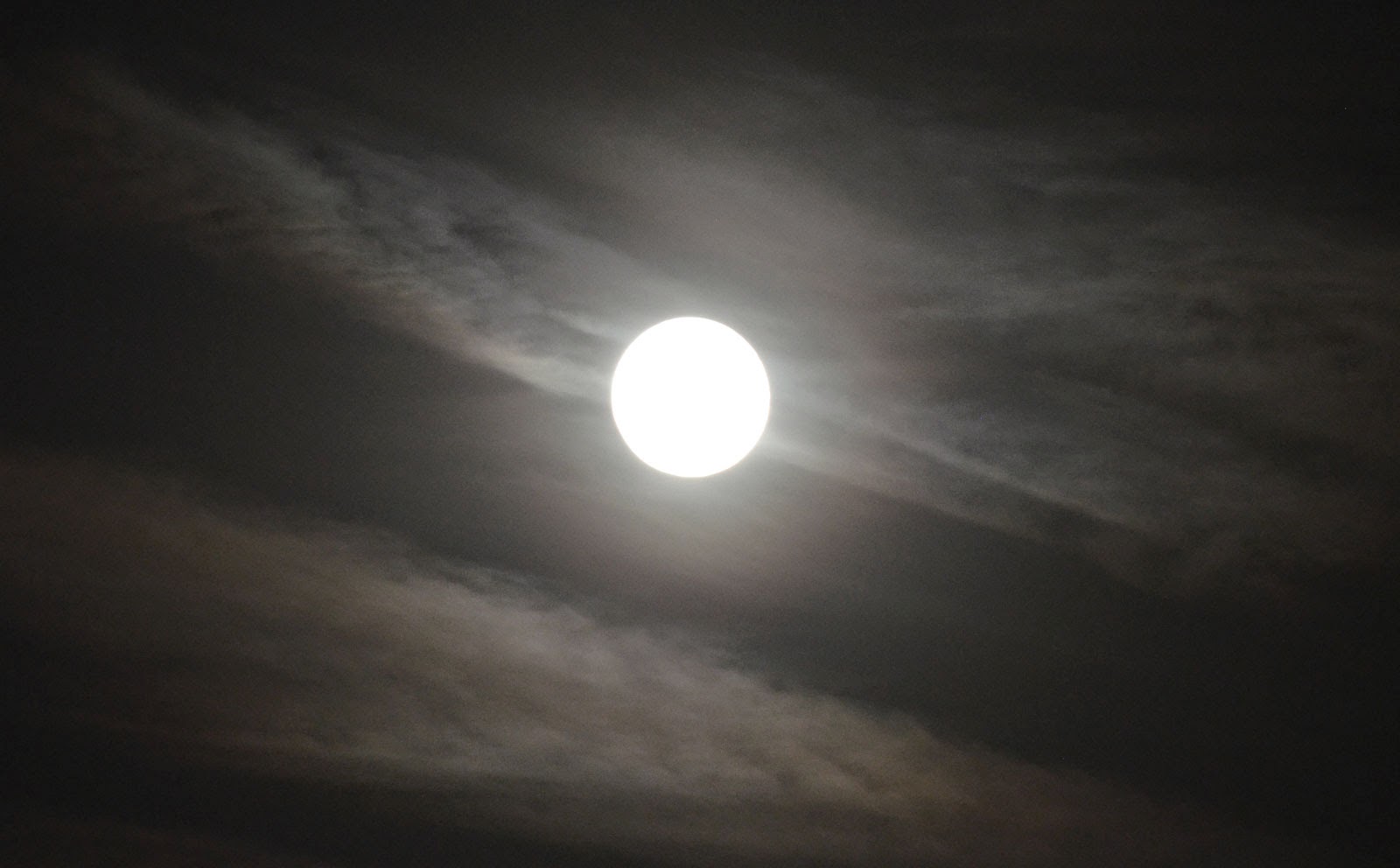