Jan Zanutto is talking about his flight yesterday. 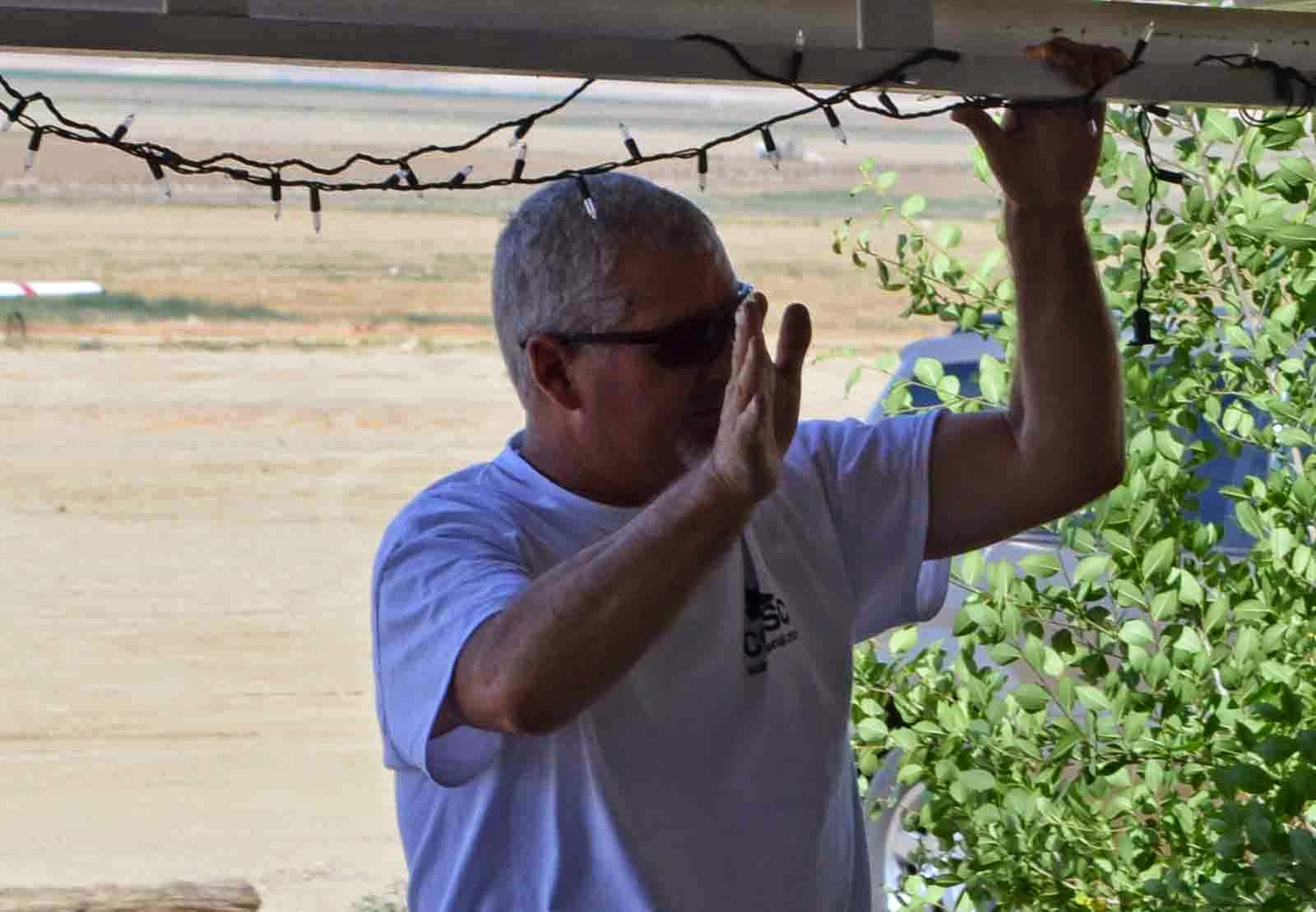 Erik Bick is talking about the strategies he used yesterday. 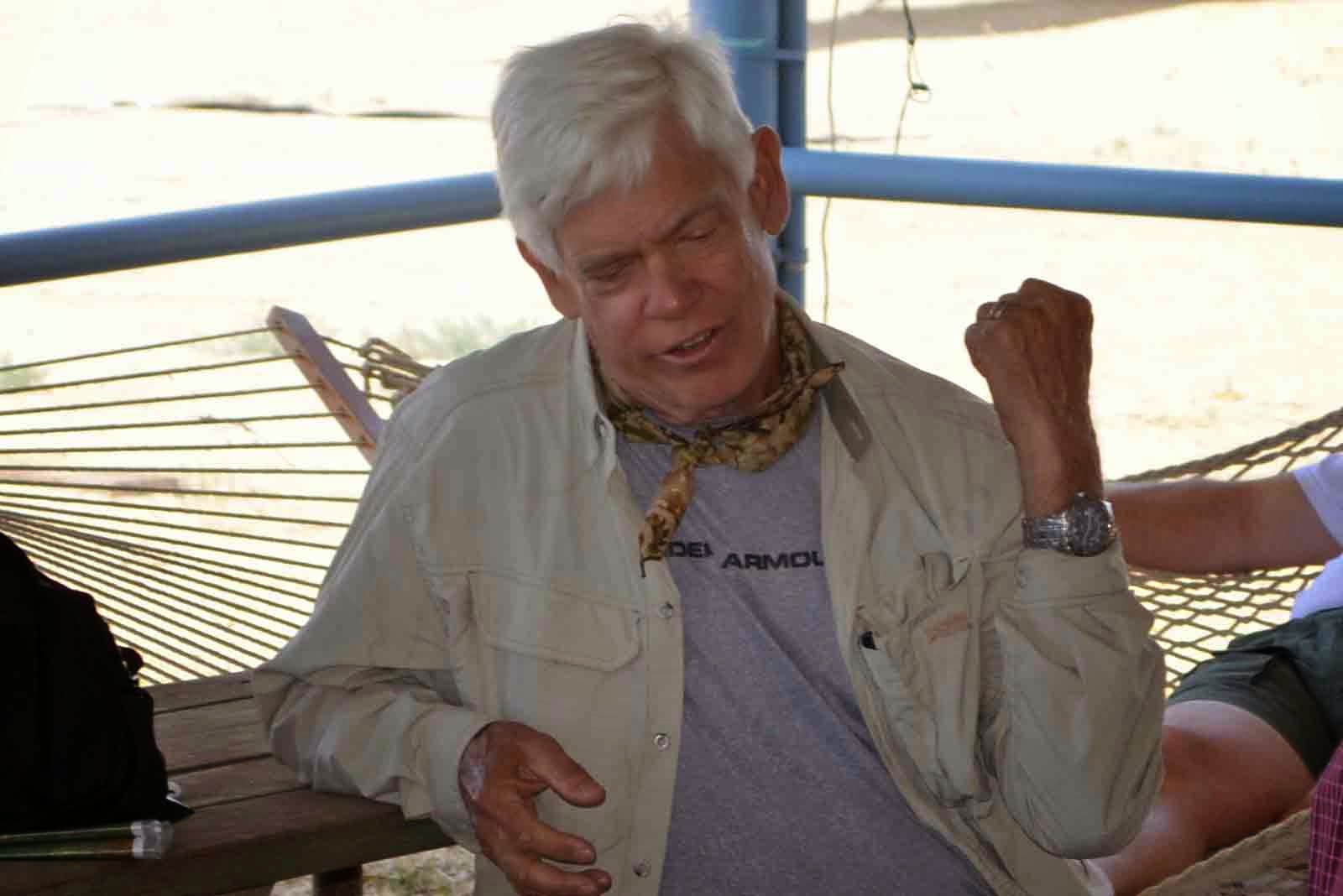 Bill Gawthrop discusses the strategies he used yesterday to win the day. 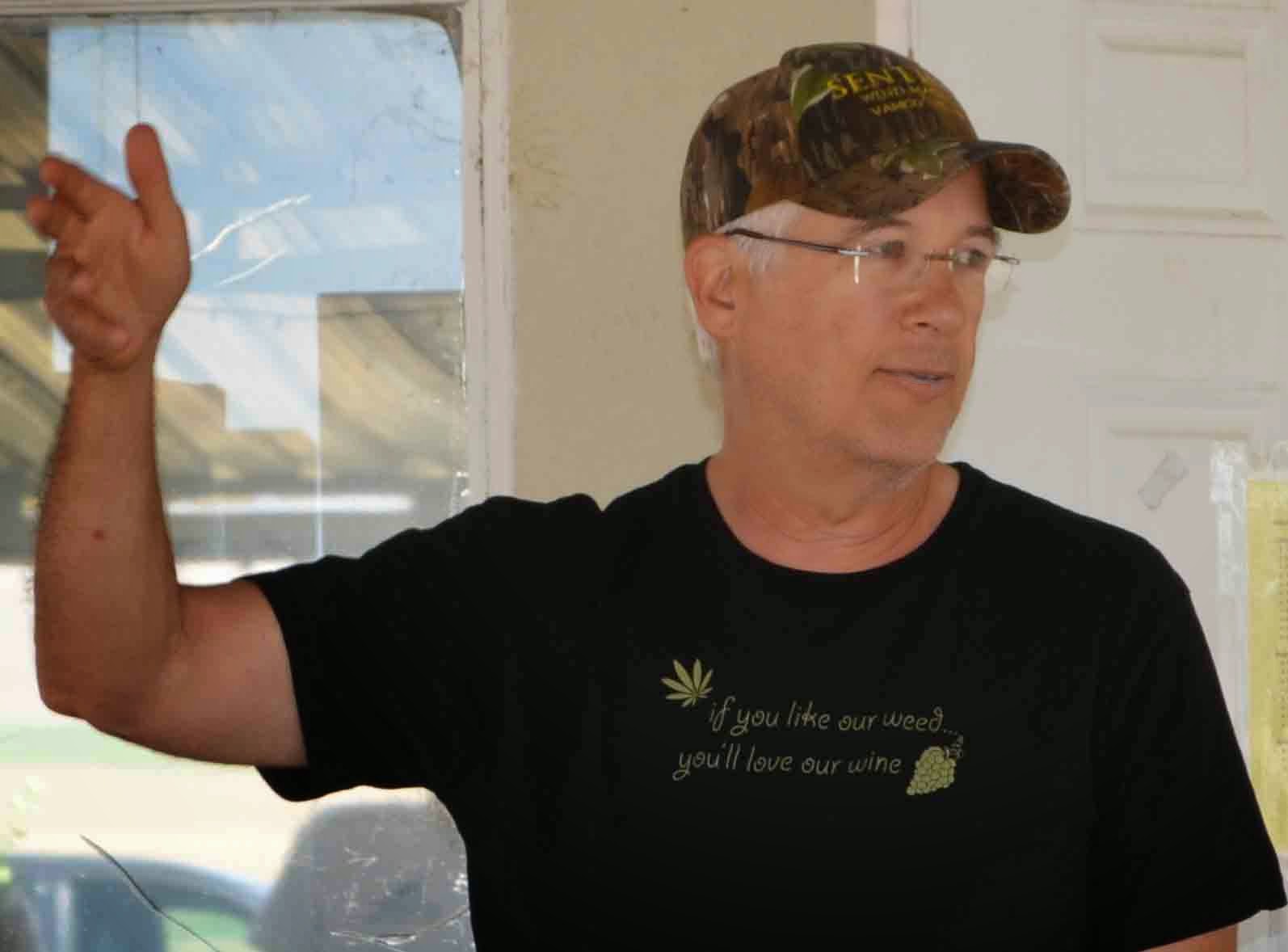 Walt Rogers gives the weather briefing to the group. 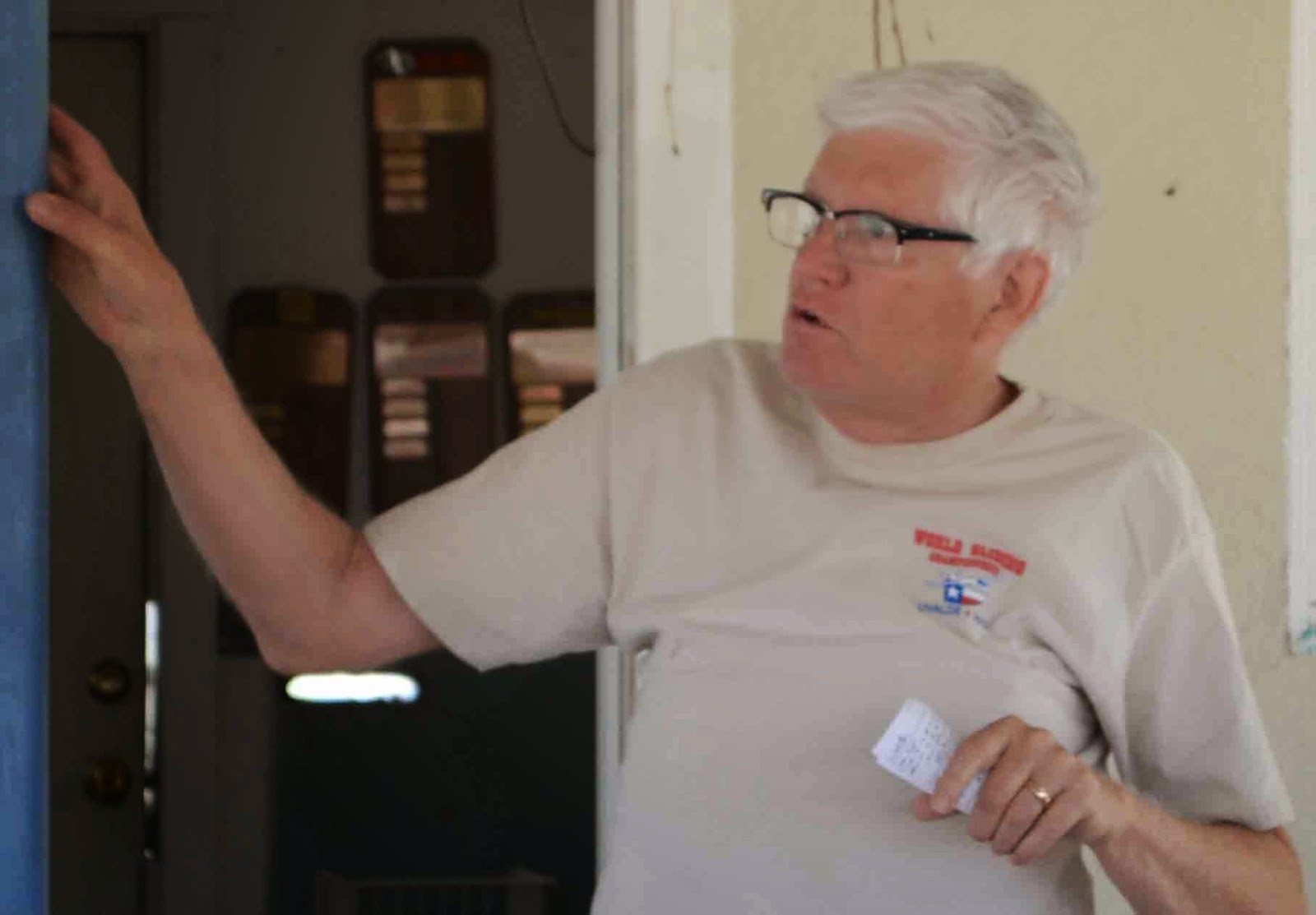 Nine sailplanes are on the grid today.  Zero clouds are in the sky.

Dan Gudgel is towing in the Pawnee today.

Thorsten Strepple in his sits waiting for a launch 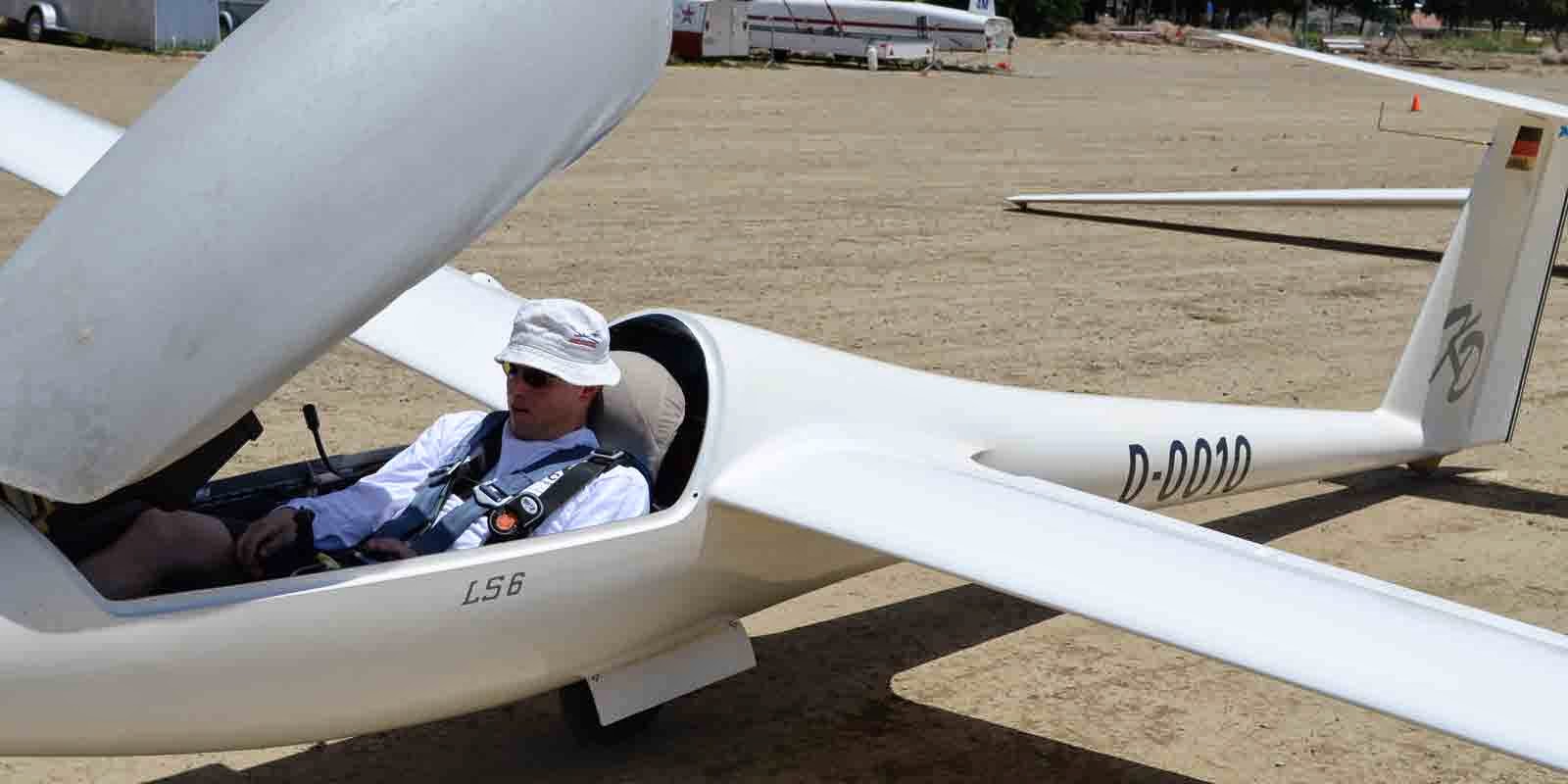 Karl Kunz is in "GD," awaiting his turn. 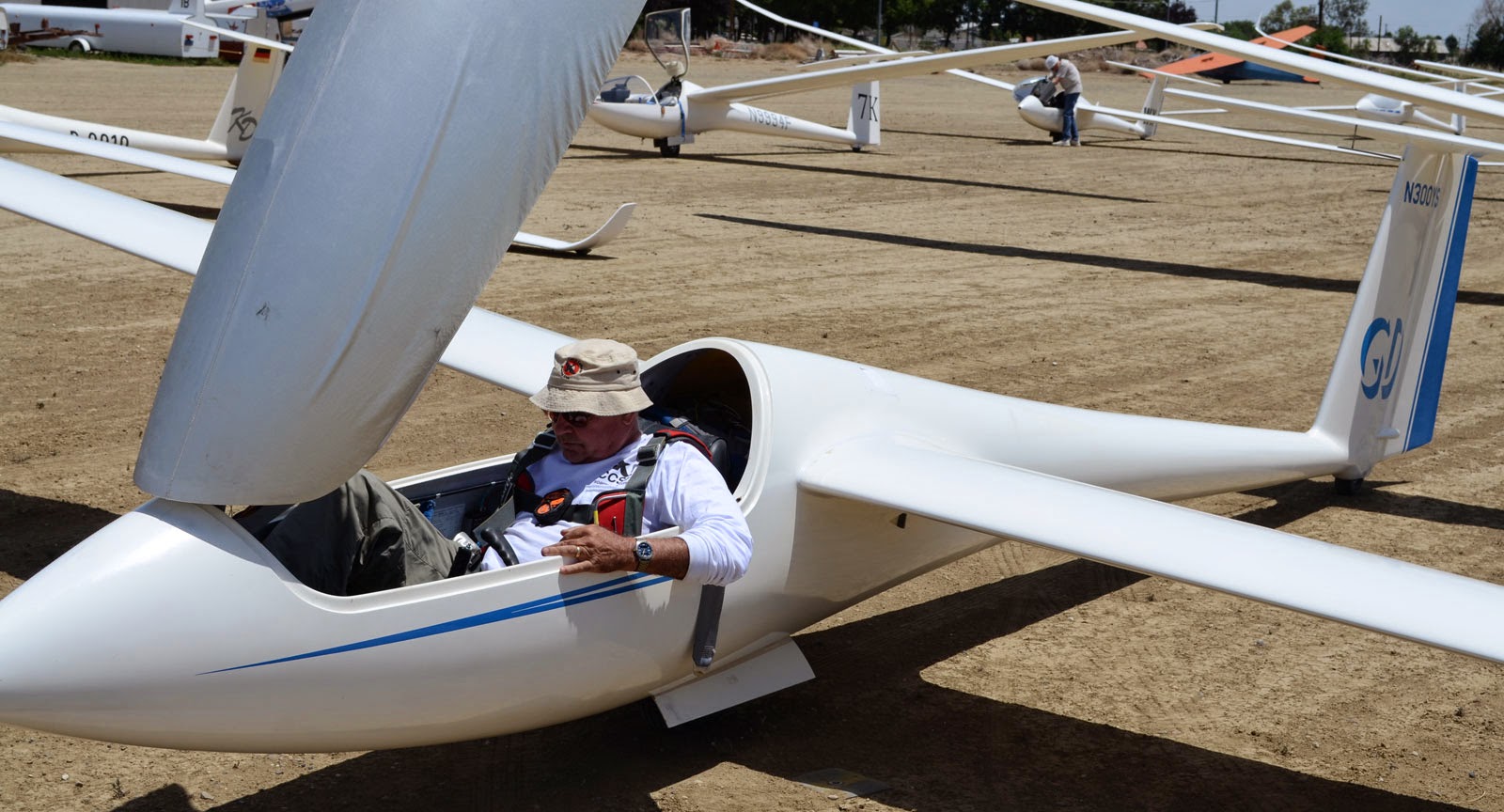 Morgan and Steven Kane are getting ready to go up in "5H." 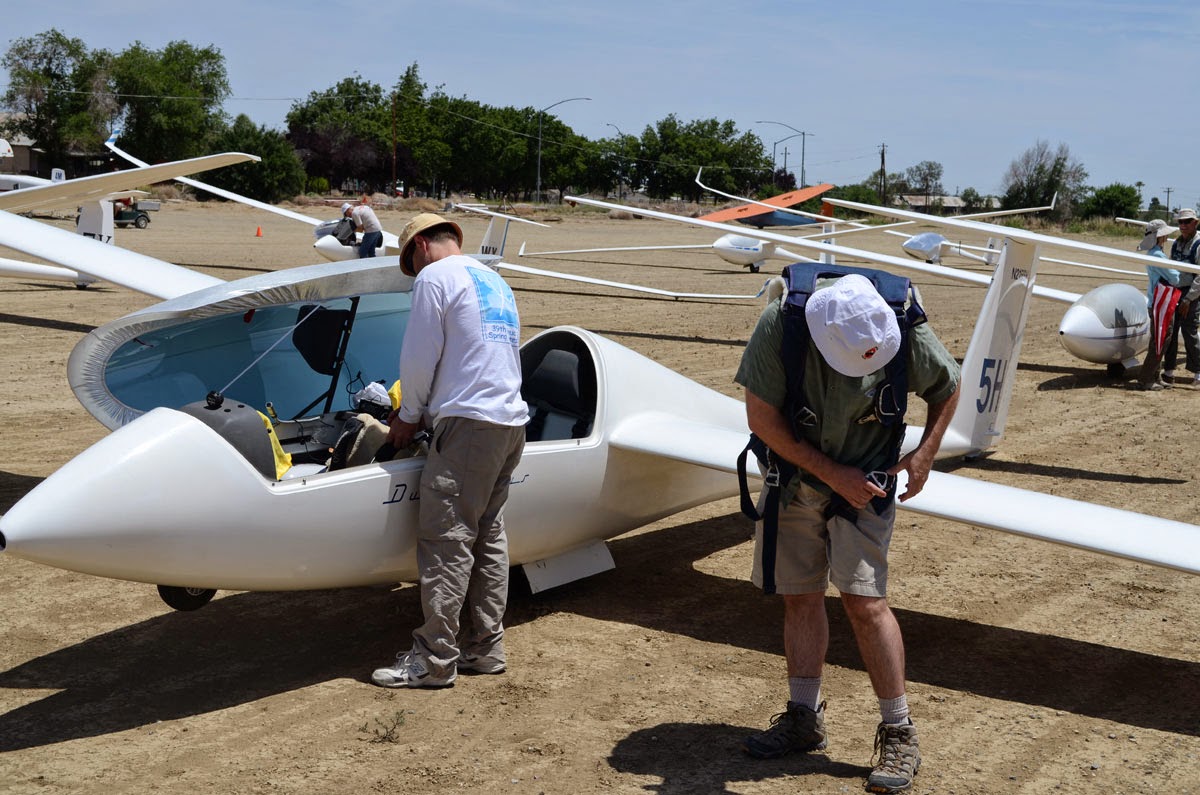 Walt is getting ready 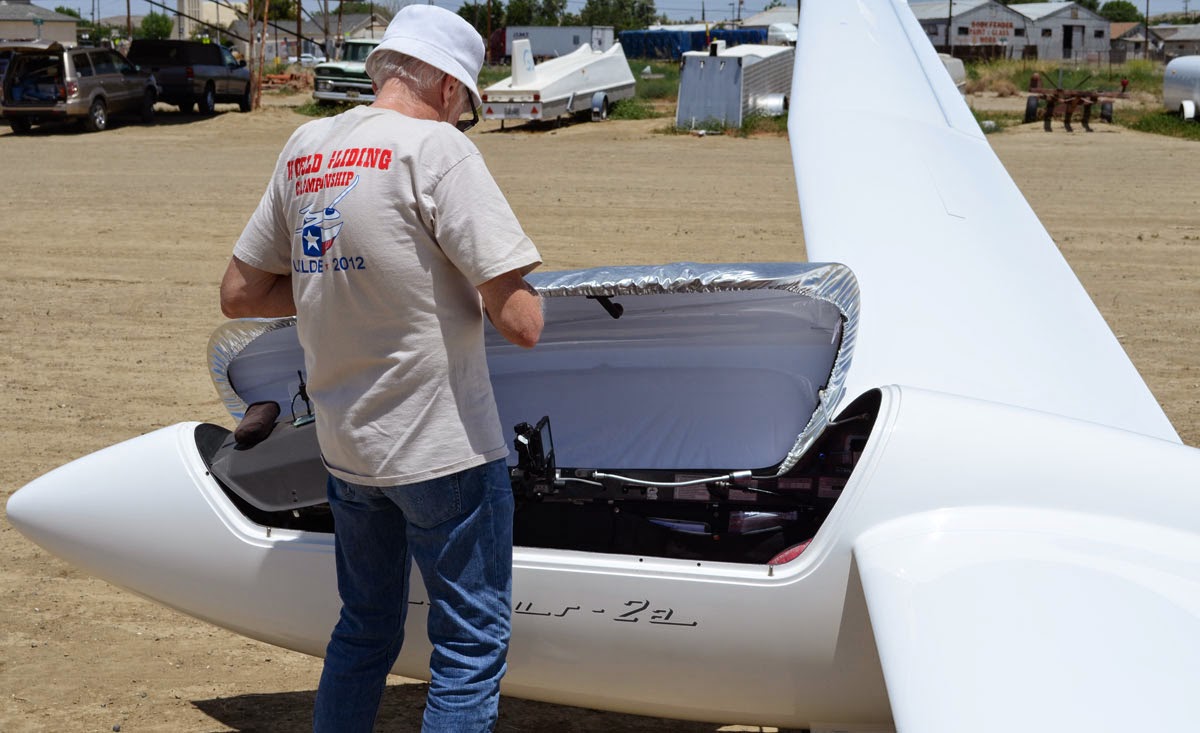 Scott Ellis is running wing for Walt Rogers, Joe is waiting for the next rope, and Nina is providing shade for Jim Darke.

Both before the contest began, and while all of the contestants were away on the Task, Dan Gudgel was able to take a couple of students up on short flights in "Orange Crush."  Here it looks like Edo McGowan is in the front seat. 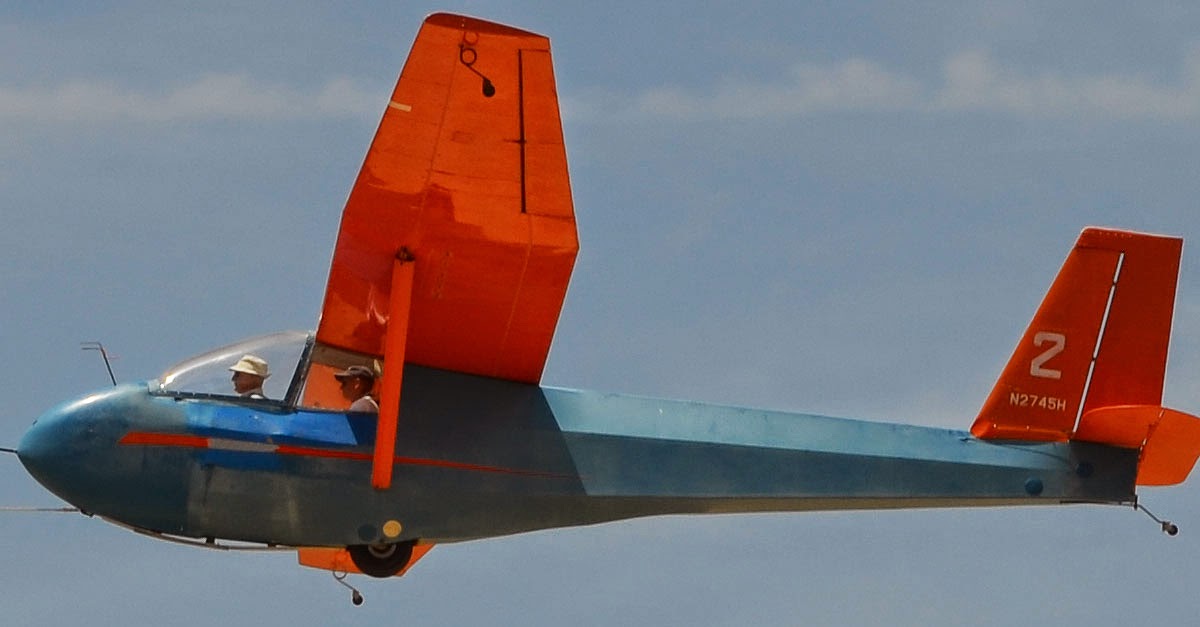 While everybody is up flying--or by this time retrieving--Martin has used his mechanic skills to repair the mower, and the weeds on the south side of runway 7-25 are succumbing. 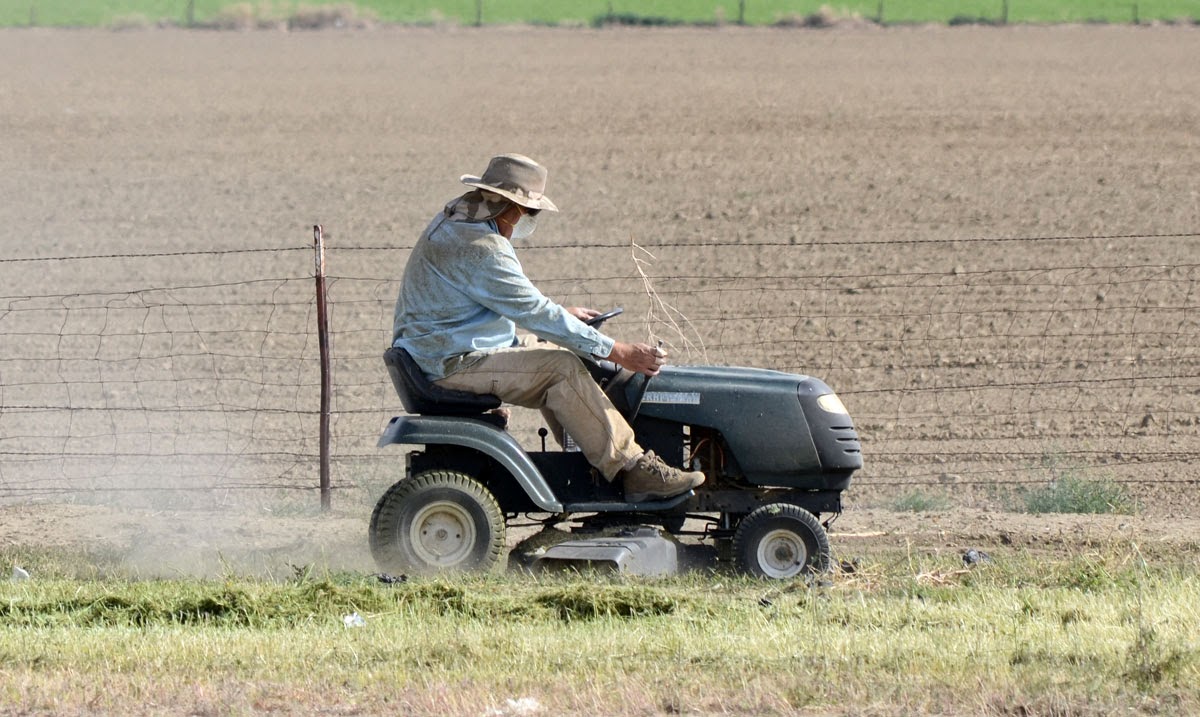 Except for Bill's trailer, all of the glider trailers have left Avenal Gliderport Camping area...

...and have headed to, Paramount Gliderport, now open for business.

The second of three who landed at Avenal, and the first of two who completed the task, Bill's high-tech ship appears above the low-tech 2-33A "Big Bird" and the 1-26. 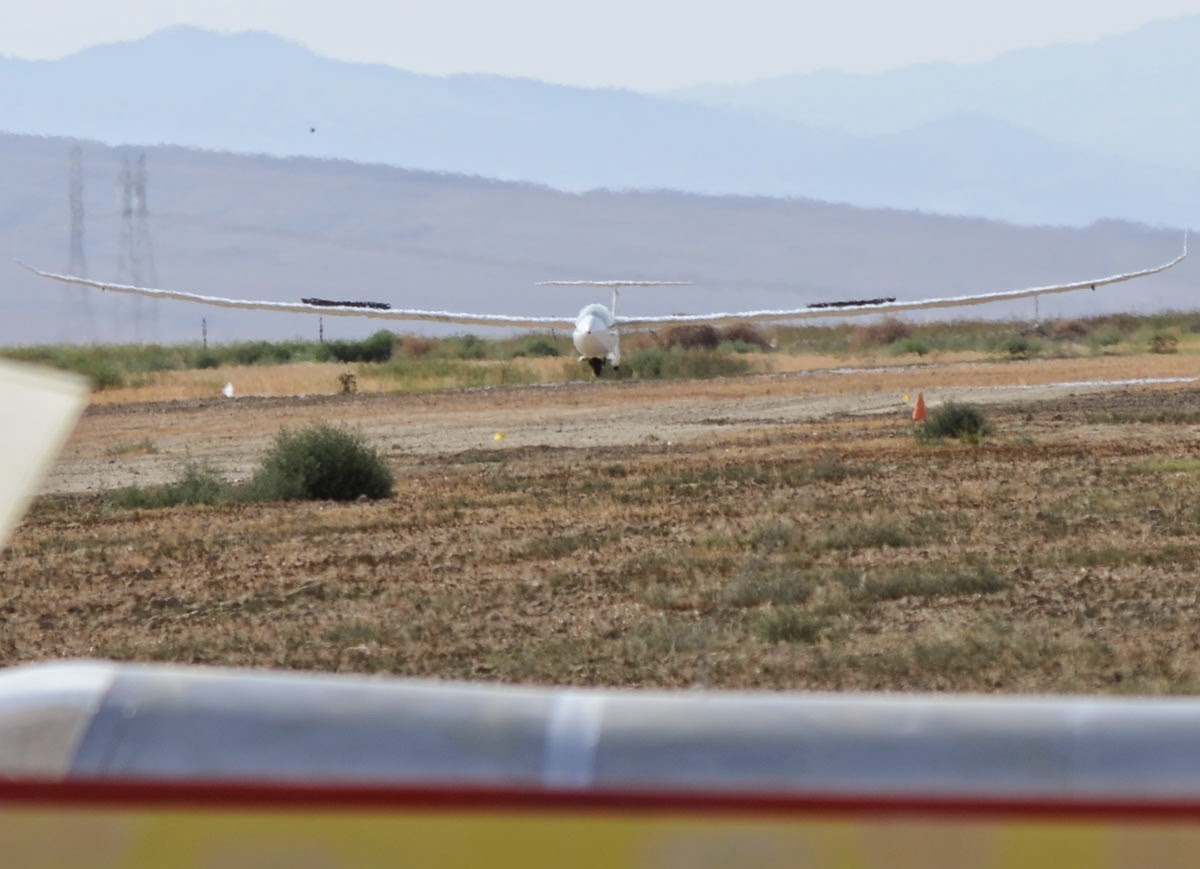 Morgan and Steve show up a few minutes later in 5H.

Jan, Bill, and Morgan--the only three who landed at Avenal--talk.  Jan deserves the "Decision of the Day" award for abandoning the Task and returning to home port. 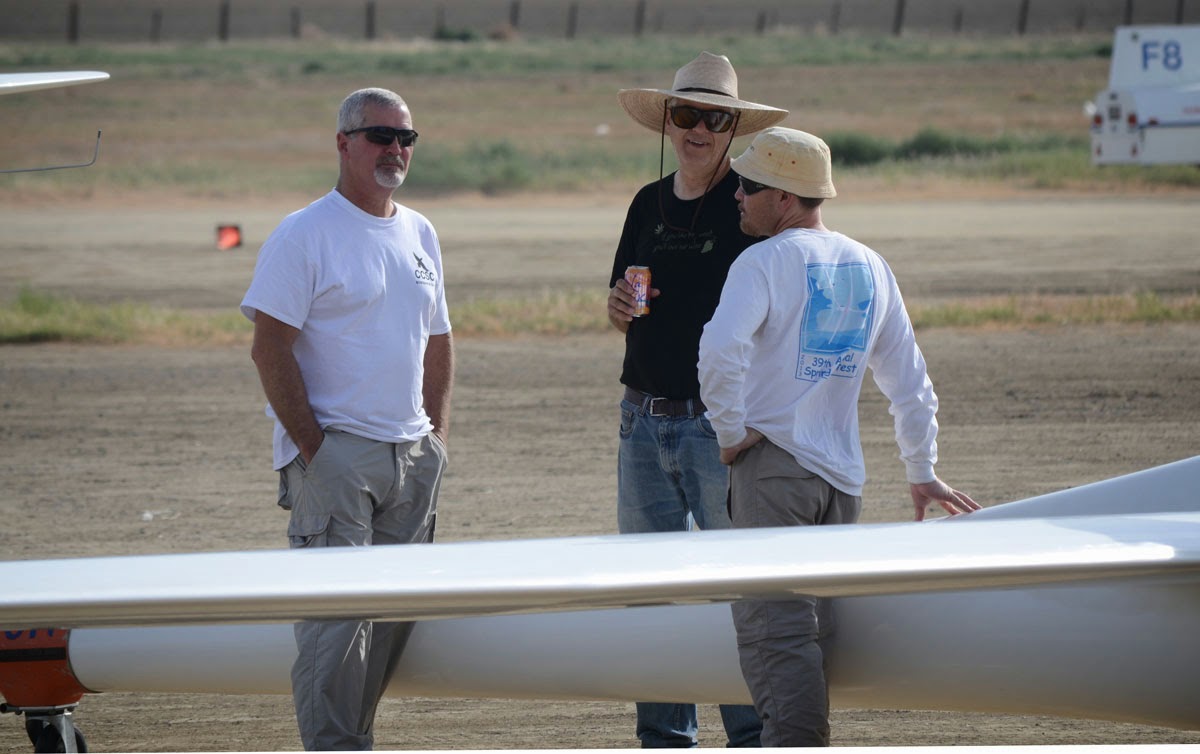 The banquet that Julie prepared was good and enjoyed by all.
After the retrievals start arriving, Julie begins carving the tri-tip for the banquet. 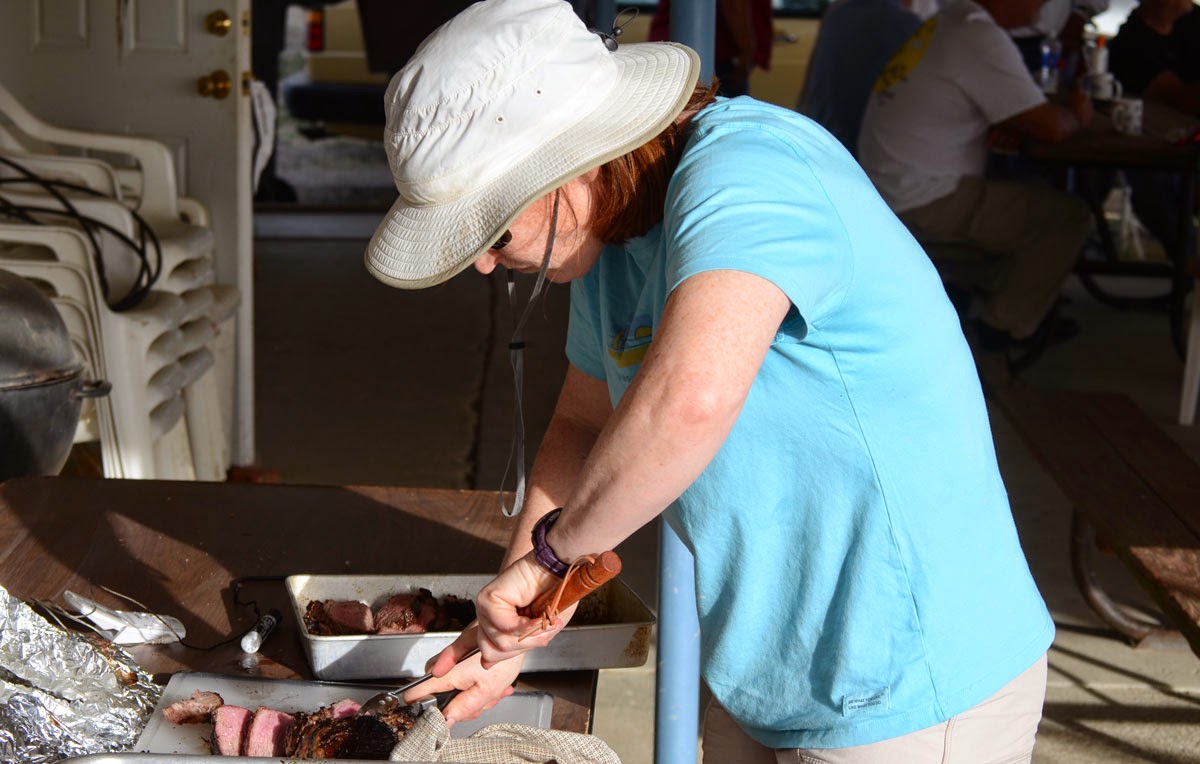 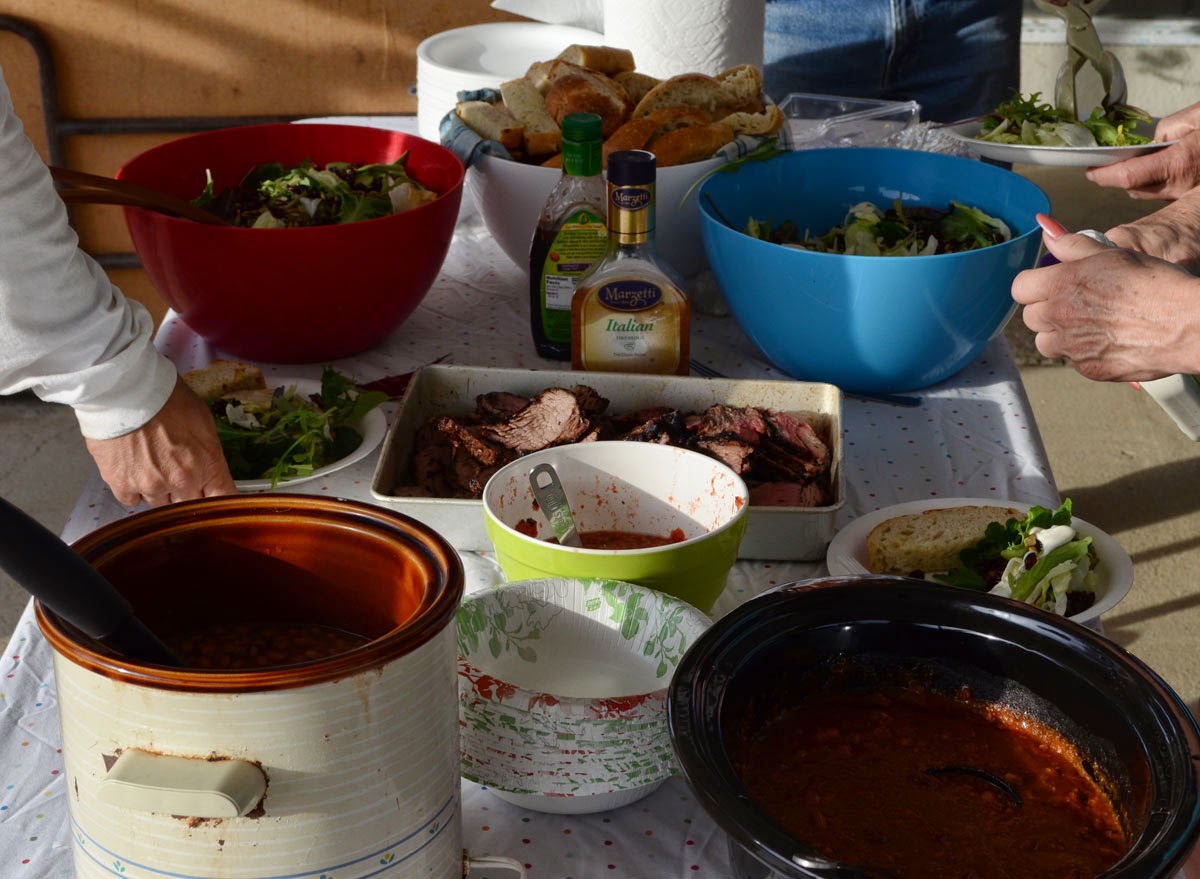 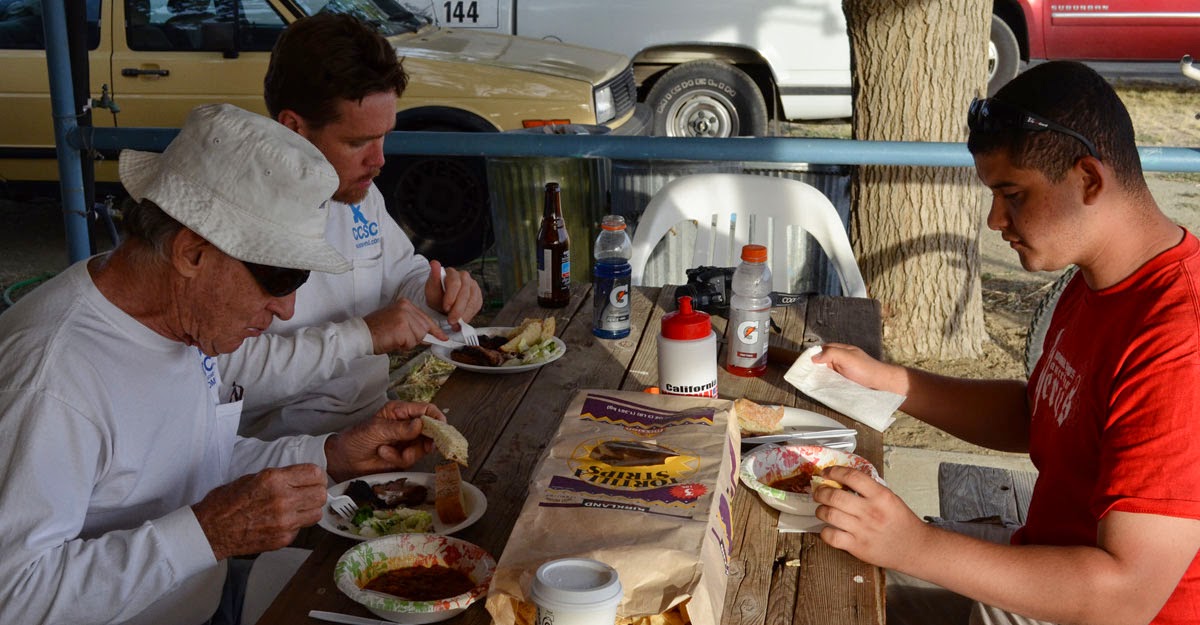 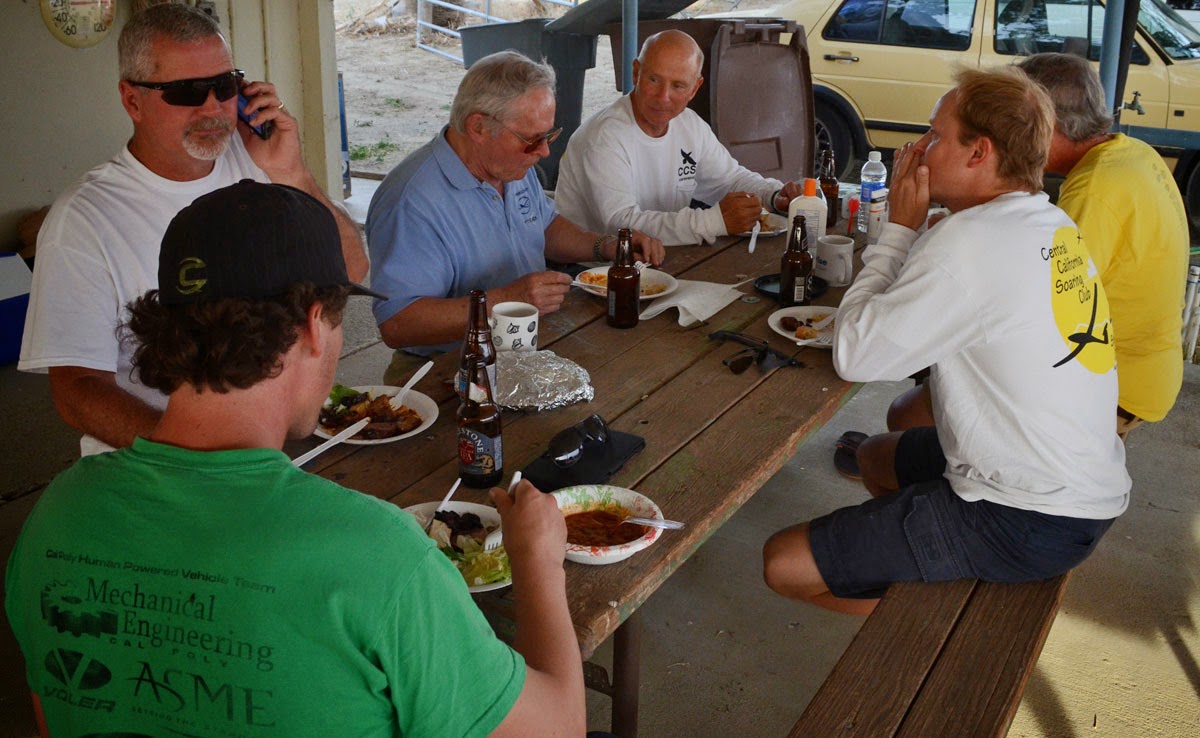 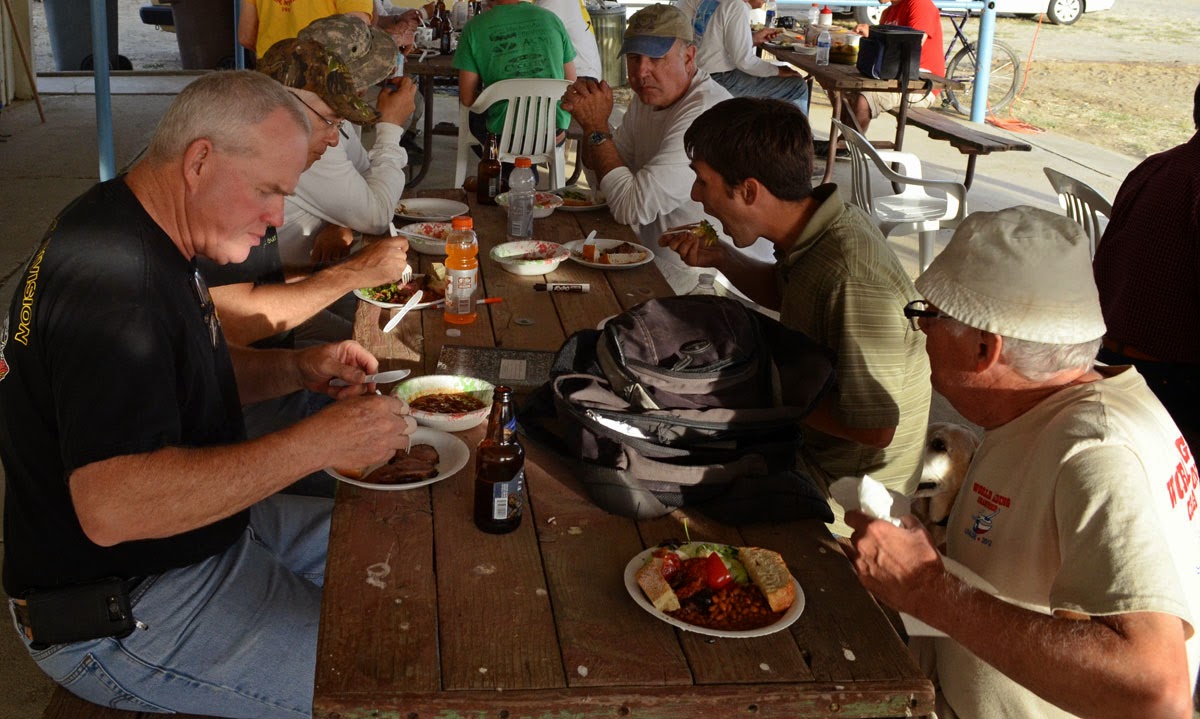 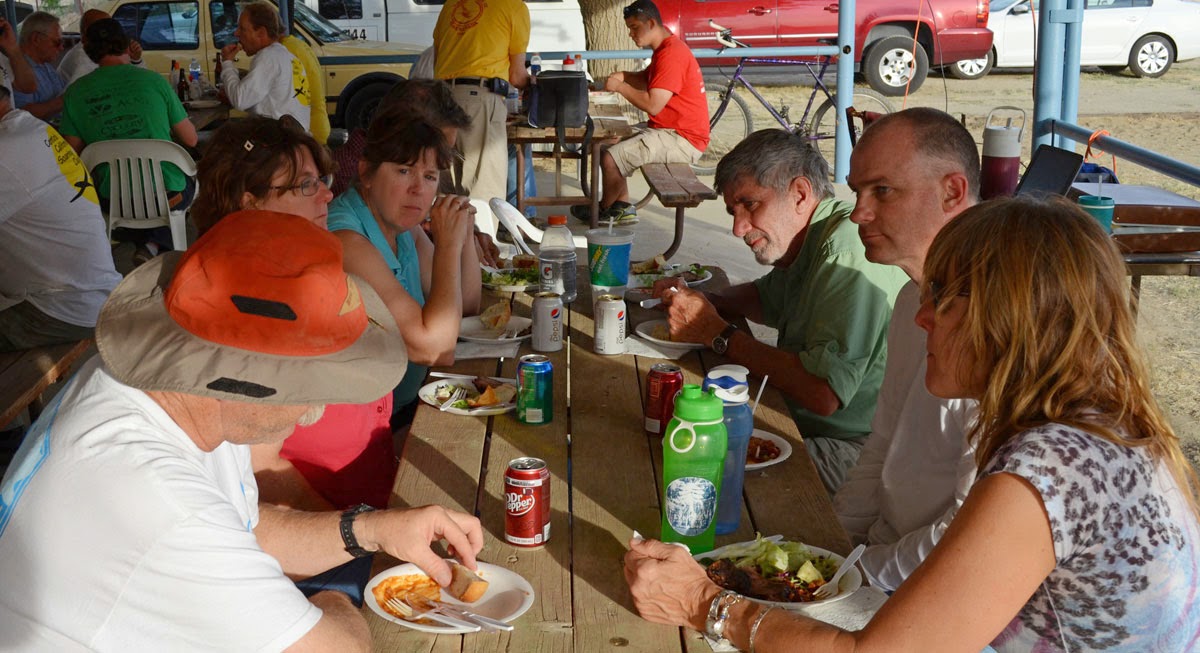 A lot of good conversation was had in the evening. 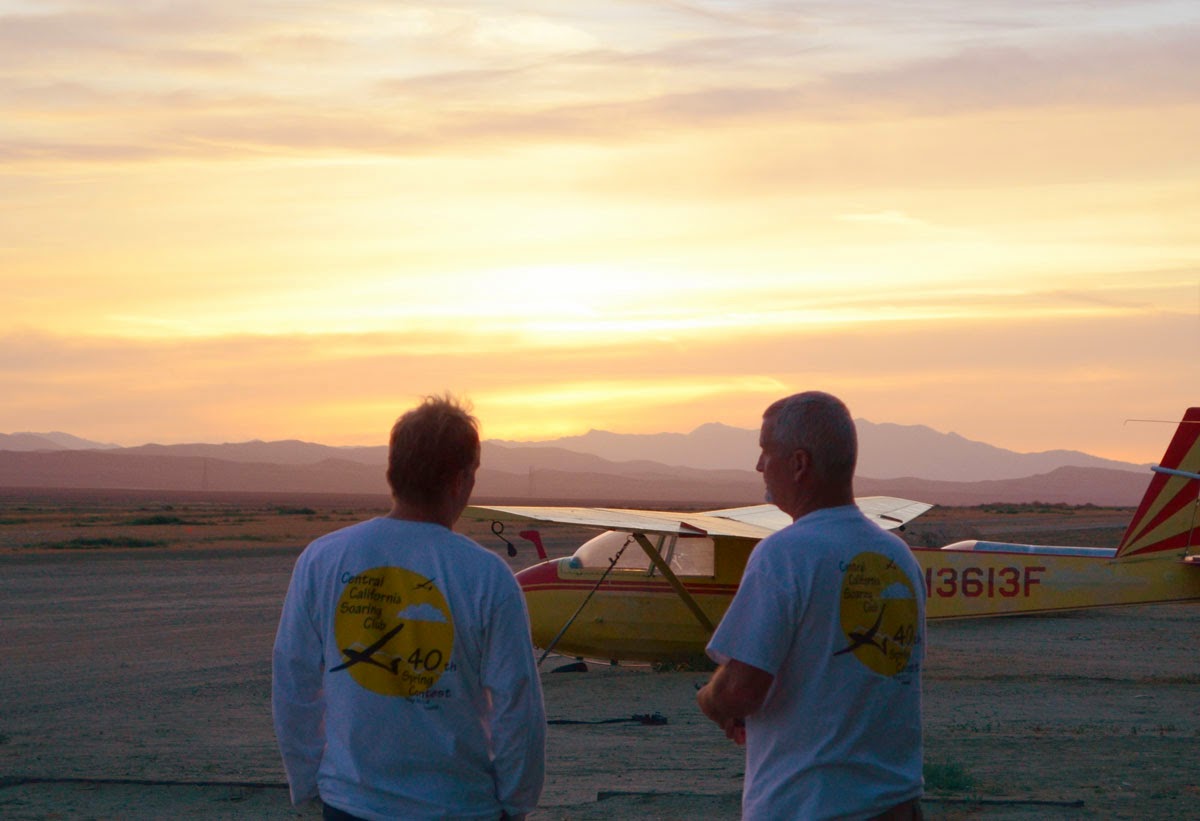 The red trace is the optimal track, the lime-colored traces are the patths of all the contestants 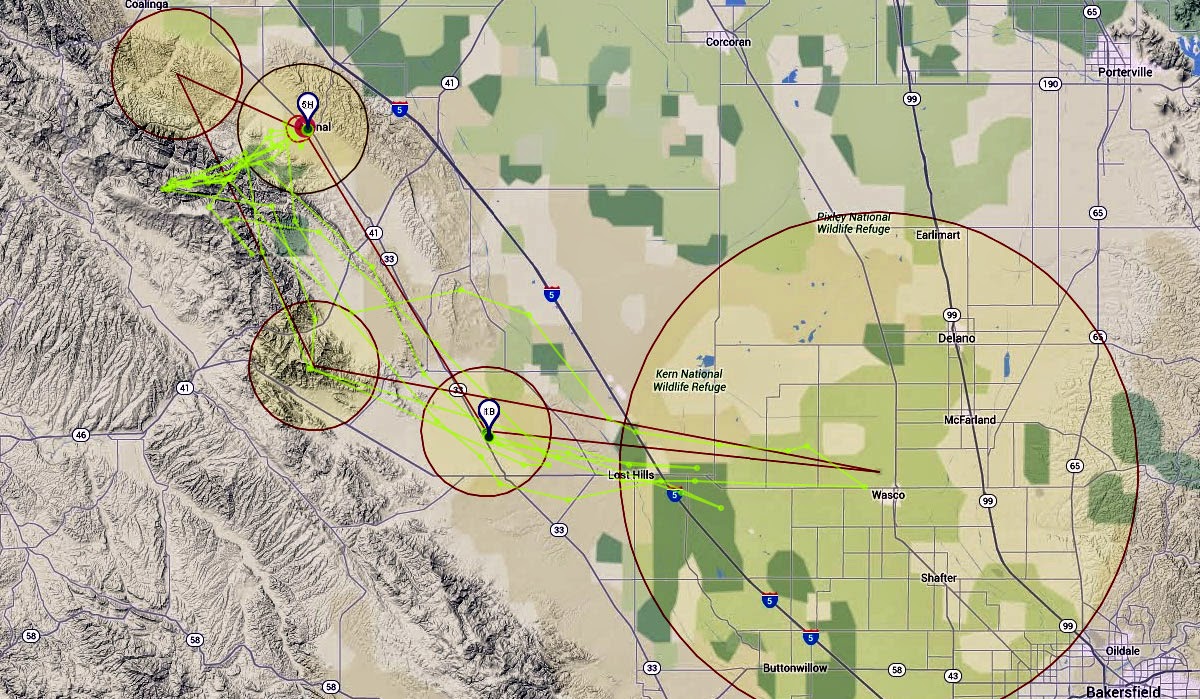 Preliminary Scoresheet for the day. 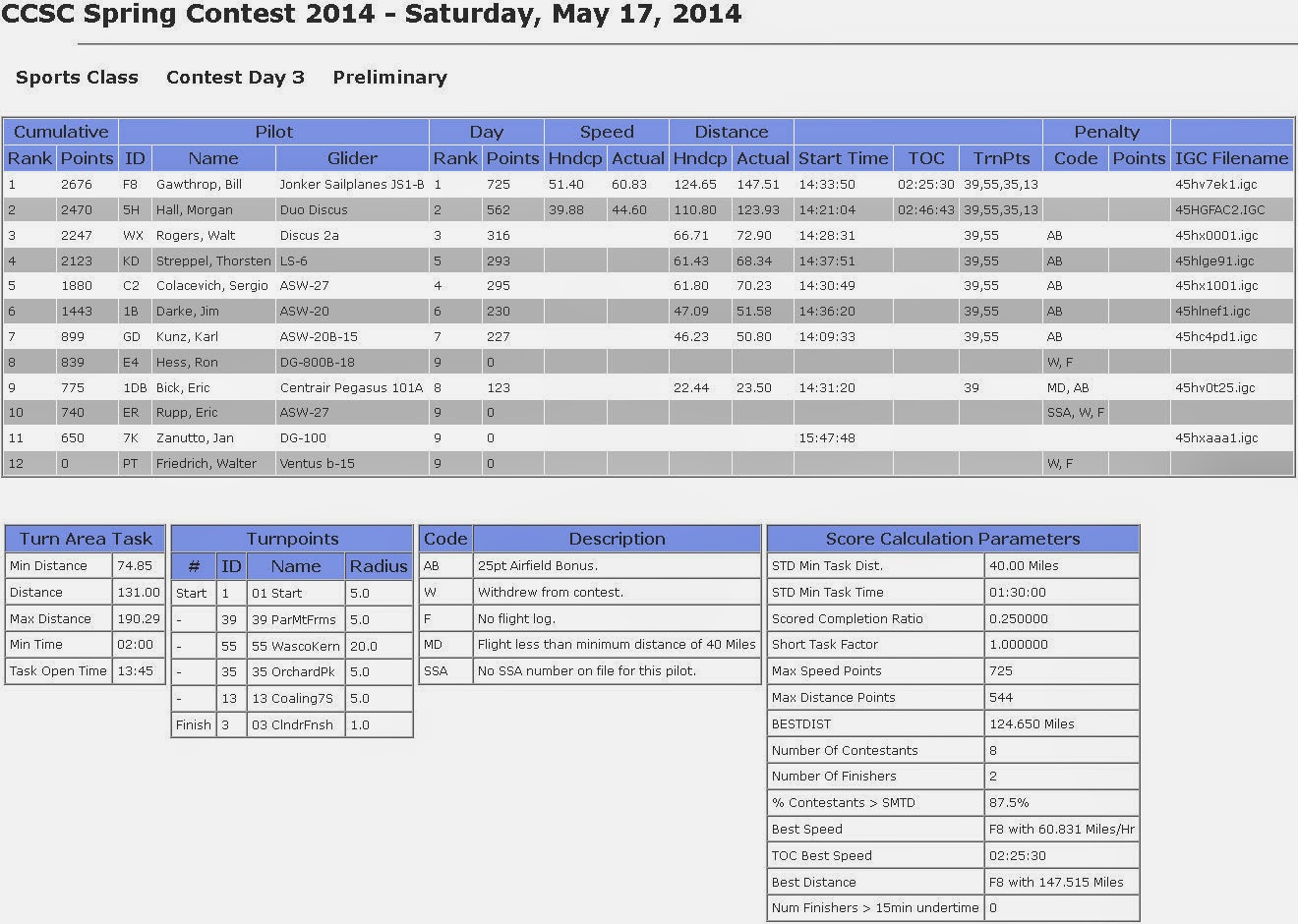