WEATHER
Visibility: decent, but the  low ceiling,  at  about 2000 MSL early,  required just doing pattern tows much of the day until the mid to late afternoon.    It became sunny late in the afternoon,   with a few scattered clouds,  allowing some higher tows to be made.
Wind: 10 to 15 kts out of the NNE all day. The wind got a bit stronger in the later afternoon.
Altitudes: Tow release altitude was as high as anyone  got,  as far as I know.
Time Aloft: About 20 minutes by Kris Caldwell?
Max Lift: None,  that I heard of.
Temperature: 56 deg. F. maximum
Comment: Kris Caldwell flew the DG 100, Kyle Detke solos in the 2-33, for his first glider solo, Kyle Hyde does more solo work in the 2-33, Walden Hillegass tries soaring with Zach in the 2-33, then  joins CCSA and Cal Poly  Akaflieg, Thomas Wolfe tried out the Condor 2 flight simulator with the photo realistic Avenal scenery,  and the highly accurate  topography  on the simulated dual control cockpit designed and built by Mike Malin of the Truckee Soaring Association,  and on temporary  loan to the Cal Poly Akaflieg and indirectly to CCSA. Thomas then flew with me on a couple of short pattern flights, and then soloed again in the 2-33,  after having a 7 week break.  Logan Stevens towed most of the day, but traded towing duties with Kyle Hyde and took at least one tow in the 2-33, so he doesn't forget how to fly a glider. It should be mentioned that he just passed his commercial power license a few days ago at San Luis Obispo.  He is also working on getting his power CFI ticket next.  Everyone got some practice with cross winds on take offs and landings,  and in the pattern today.  Jim Rickey and Richard Walker were also at the field, as usual,  helping everybody else,  and probably working uncompensated on various club tasks so that  everyone else can fly!
Tow pilot: Logan Stevens and Kyle Hyde 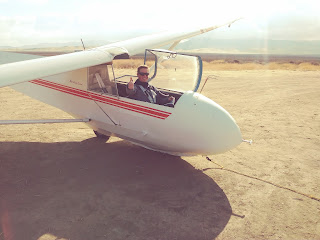 Kyle Detke about to take off on one of his three solos. 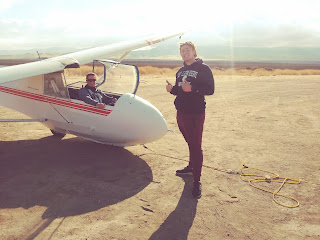 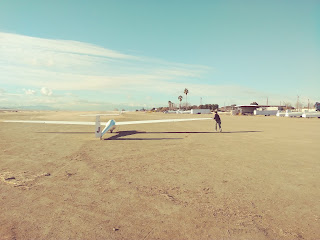 Kris Caldwell taking off in the DG 100. Zach Yamauchi running his wing. 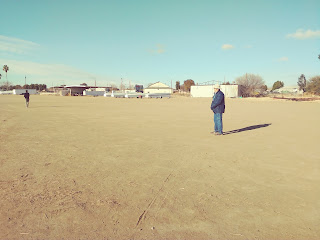 Jim Rickey watching Kris's take off. I think he might be looking towards flying the DG more this year. 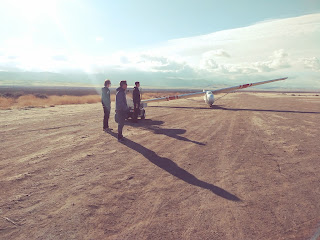 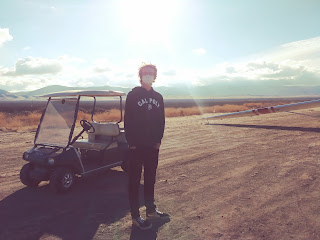 I think that is Walden Hillegass. 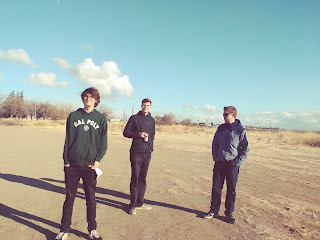 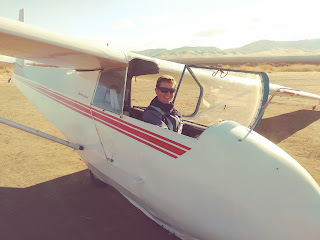 Kyle ready for another solo flight. 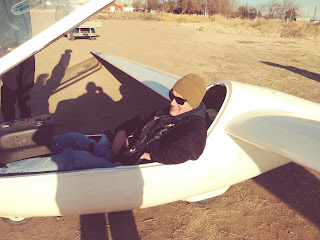 Kris Caldwell readying for second flight in the DG 100.  First day flying in a Non-Schweizer Ironworks glider with the higher performance of a  fiberglass glider! He appeared to like it! He should be ready for some great longer soaring  flights when the really good soaring weather returns in a couple of months!
Posted by Alex Caldwell at 2:24 AM