WEATHER
Visibility: Initially the air was hazy but cleared up later.
Wind: From the north at 10-12 mph but radically shifted to nearly calm by noon.
Altitudes: Unless others chime in, Joe A's at 5200 msl was the highest
Time Aloft: Jan Zanutto spent 3 hours on the ridge
Max Lift: Probably averaged about 3-5 fpm.
Temperature: Mid-70's
Comment: As Jim Rickey said, Thermal Soaring is here for 2015
Tow pilot: Chris Reilly, and thanks to him all day long.
Well, it was a fun day for all because the famous Avenal thermals are just beginning to show up. At first, the wind was cool and blustery from the North and we were sure that any chance the thermals would form might be broken up by the cool wind. But about noon, suddenly the wind shifted radically, to nearly calm or from the southeast. That allowed the sun to bring back the thermals for the rest of the afternoon and anyone up after lunch could stay up most of the day. The heights weren't all that great but by 4:30 pm, there was lift everywhere in the Avenal Effect. Our only down note was the limitation on the use of the Orange Crush, the only 2-33 flying today. So we had to limit everyone to one flight regardless of the good soaring.

Today, a recent visitor, Jennifer Bauman, joined the club and is determined to add to her current Private Pilot's license, gained mostly through flying a taildragger. That should help her with the need for rudder coordination on the gliders. Welcome, Jenn. And we know you'll have fun. She flew with me for the second time and did all the towing, and the basic maneuvers required before solo. Boxing the wake and a simulated rope break at 200 feet are next in line for her. She is working on her Aerospace Engineering degree at Cal Poly, in the last stages of her Sophomore year, with two, maybe three years to go depending on the courses she takes each semester.

Early afternoon, Jan Zanutto launched and was up for three hours working the ridge, at times, with Martin Caskey. They didn't get much higher than the upper ridges and never made it up onto Castle Peak. But they at least had enough lift for that long a flight. Here's his brief report:

Harold,I spent 3 hours on the ridge and over the valley. Lift was tough to work over the hills. I almost made it up to Black but just couldn't get high enough.Martin and I spent some time ridge running together, see the picsjan


Tyler Bishop was out today and flew the Orange Crush once to gain back his skill with that large bird, then flew the 1-26 for fun, which he has been doing for many months now.

Joe Anastasio launched and flew for 2 hours 20 minutes reaching 5200 msl. One of his best, and adding it to the Online Contest he amassed 119 points.

Martin Caskey returned from the ridge and contemplated going up again but decided against it. While he was maneuvering for a landing, I took this sequence of photos that Martin might enjoy having the large resoution to use for an 8x10 or larger.

Richard Walker, Craig Gifford, and perhaps others that I don't recall, had flights of varying lengths with the thermals providing good lift in the area, but not much in the mountains.

Here is Jim Rickey's tale of his long flight. In fact, I'm the one that mentioned he might have been up for two hours but it just seemed that way because Steve Valentine and I were waiting for the Crush to get Steve in the air.

While on tow I could feel spots of lift.  I had heard from several pilots that the circle crop was providing good lift, so when I reached 2800' MSL, near the circle crop, I pulled the release.  The right turn after release pointed me straight to the circle crop.
All I found was sink.  At the eastern edge of the field the vario was showing a pretty steady minus 7.  Looking back towards the gliderport confirmed it was time to head for home--I could not afford to press further over the field in hopes of finding the lift previous flyers had reported.  As I was in the turn sinking at -7, it looked like I could become the season's first land-out.  Sped up to get through sink, and was aiming for a straight-in to runway 7.
The sink diminished and I could finally see the approach end of runway 7 starting to slide down the canopy.  Great!  Veered a few degrees to the right to see if I could find any lift over the completely bare and dry field (two fields to the east of the circle crop).  Found lift--that's more like it!  Got a nice 1500' rise.  Gave me time to play.
One of my goals for the day had been to practice steep turns.  Got more practice than I had ever hoped for.  Did steep turns up to 4400' MSL.  For a while was working the thermal with "7K" (Jan Zanutto).  When I first saw him I was sure I was in his blind spot, right under his nose.  My main focus was watching for traffic and trying to position myself so he could see me.  (Tough to keep a visual when target moves to 6 o'clock.)  The thermal was good enough I did not need to concentrate on maximizing lift.  (Can appreciate how useful an audible vario might be.)  Physics say that if I am in a 50° bank at say 50 MPH, and he is in a 40° bank at a faster speed, my rate of turn should be faster.  My observations must have been off, however, since he could complete about 3 turns in the time I completed about 2 turns.  Maybe my technique was just poor.  I'll say my focus was traffic--that's my story and I'm sticking to it.
Too much fun, had to get down and let the other people have the glider.  Opened the dive brakes fully and pushed the nose over to 80 MPH.  Dive brakes would be a great addition to the tow plane on a busy day!
The next person said I had the glider for two hours--I think I got a later start than he thinks!
Thermal soaring has arrived at Avenal for 2015.


Craig Gifford and Steve Valentine waiting patiently for flights in the 1-26 and the 2-33. Finally, they both got what they wanted and since I flew with Steve, I can report that his skill is improving each time he flies. This time was much better than the last time we flew together.


When not flying, most of the members headed for the launch area to help out with the remaining launches. At least this made the operations go smoother considering that we had only one 2-33. Here are some of the group that helped out:

While we were launching, Jan Zanutto had returned from the West Ridge and loitered overhead while waiting for the runway to clear.


And while all this activity was going on, my son, Harold III, was busy at work cleaning the clubhouse so spic and span it was hardly recognizable. Now if we can all just keep it that clean. Here's proof: 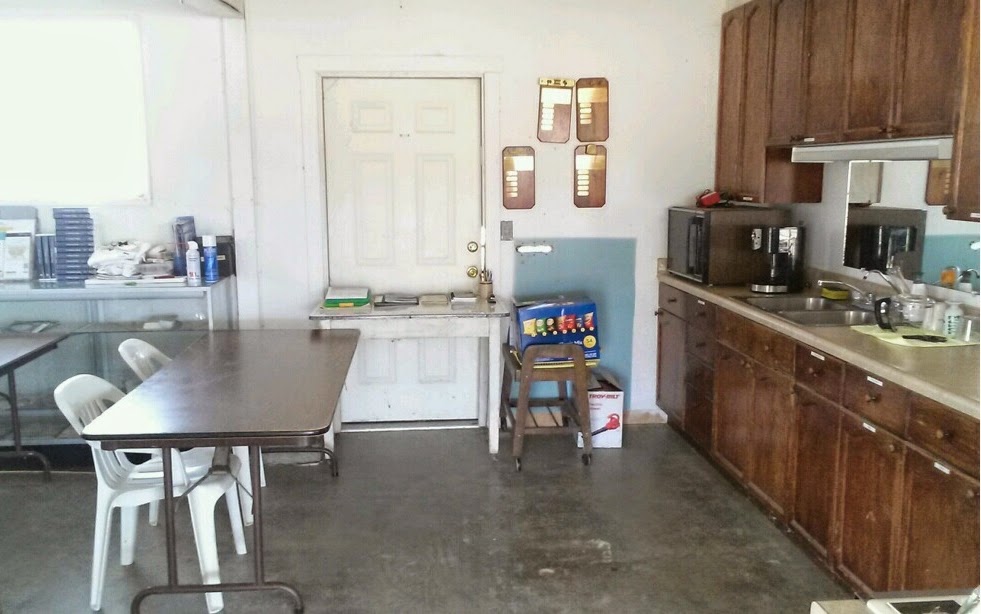 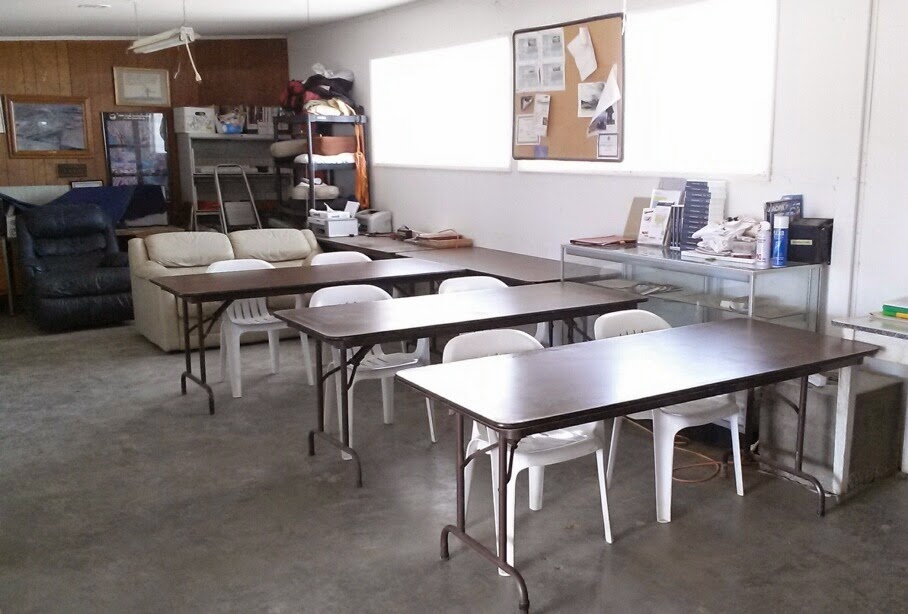 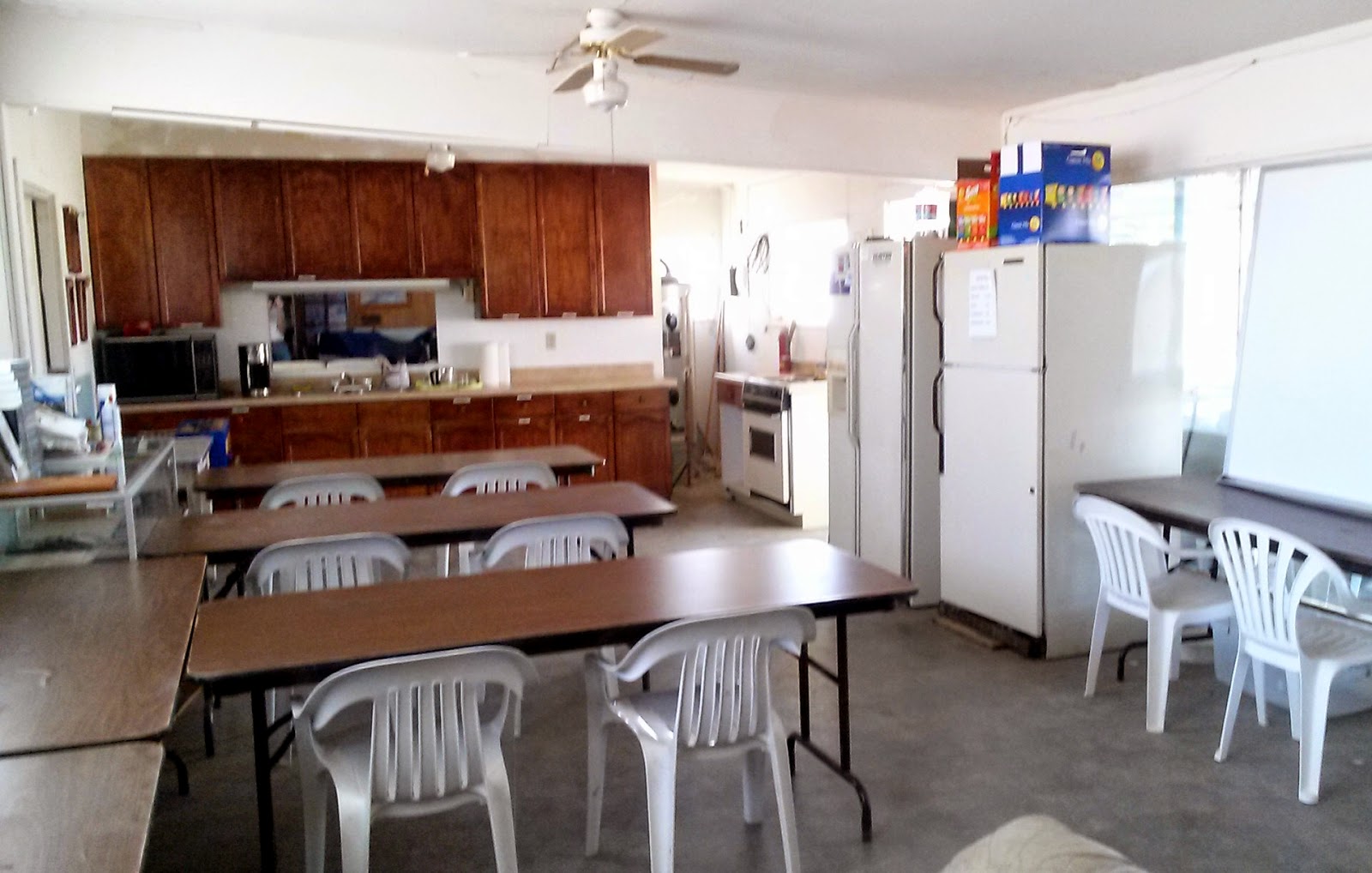 As a reward for all that work, I took Harold up for a nice ride. Since the thermals were everywhere, we got off at just a 700 foot agl tow and worked our way up to 3400 msl. Fun to work the thermals and that was the last flight of the day.

The season has begun in earnest so I would suggest that everyone with a private sailplane get out to Avenal from now on and have fun aloft. Most students will be limited to one flight each until late afternoon when it appears all have had at least one flight. When Big Bird comes back on line, we can ease that restriction and students can then have more fun thermaling.

See you all next weekend.