WEATHER
Visibility: Very good. A very slight haze could be discerned in some directions. There may have been some smoke towards the NE from Sierra fires.
Wind: Out of the SSE most of the day.
Altitudes: 6,200 ft. MSL maximum  by Jeff Richardson in Big Bird.
Time Aloft: 2 hours by Jan Zanutto.
Max Lift: 800 f.p.m. by Jeff Richardson in Big Bird.
Temperature:102 deg. F. Maximum per MAT 565 Weather Underground Station down the road from the airport.
Comment:
Tow pilot: Andrew Ouellet
Pilots at the Field: Jeff Richardson, Andy Reistetter, Alex Caldwell, Craig Gifford, Dan Clark, Harold Gallagher, John Harbick, Bryce Kujat, Martin Caskey, Tyler Bishop, Ethan Ronat, Jim Rickey, Allen White, Richard Walker, Jan Zanutto, Mel Council and Guest A & P Jeff Byard.
There was a lot of activity going on at Avenal today. Conditions were not quite as good as last weekend, but Jeff Richardson proved they were better than many of us on the ground thought. 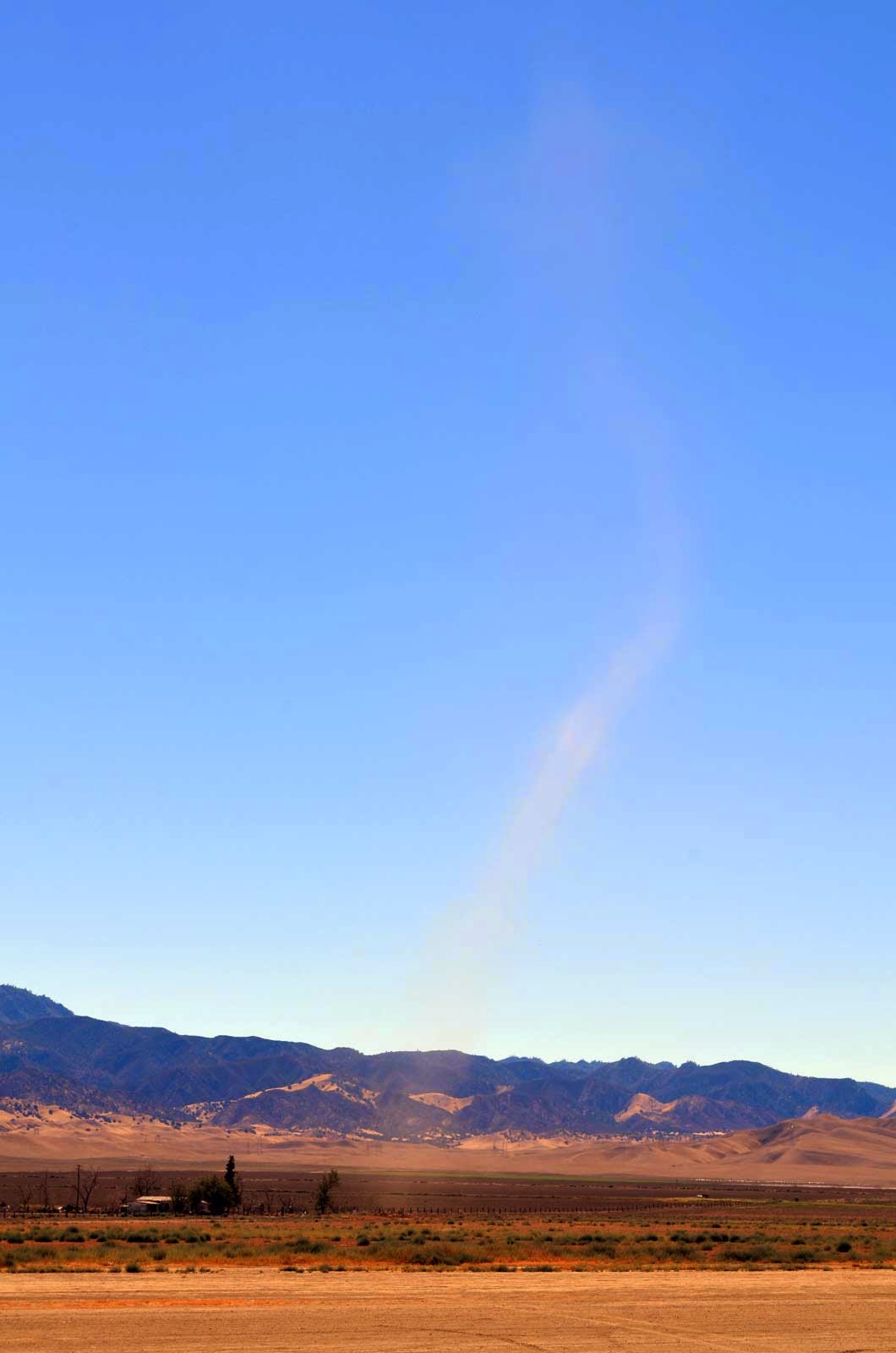 Andy was up in his Russia and submitted the following report:

Saturday was a busy day at Avenal - lots of flights with two Russia's up at the same time.  I flew late in the day at about 3PM.  Andrew took me right up to 3K with me staying on tow to make sure I could hit a good cell of lift. However, I did struggle at about 2 to 2.5 K agl.  It was too hot to fly and my butt was getting tired after about 45 minutes.  I stayed along Hiway 33 going up and down looking for better lift.  Finally I moved over to the west towards where the terrain changes from flat to hilly- suddenly I hit major lift.  I then just cruised along the transition of the flat lands and the junction of the Avenal hills.  I could fly in a straight line - no more circling.  I then hit the dump just west of town and was going up at 800 feet per minute in complete 360 degree turns.  Again I was getting thirsty and my butt was hurting so I crossed over to Tar Canyon - no lift there.  So I turned back to Avenal and landed.  Good to see Mel Council out at the airfield.  He helped me put my glider back into its box. I have to hand it to Andrew for doing all that towing in such extremely hot weather.  Andy -"Do it in a Russia"

Bryce Kujat was up in the Russia that the club leases from Larry Johnson. 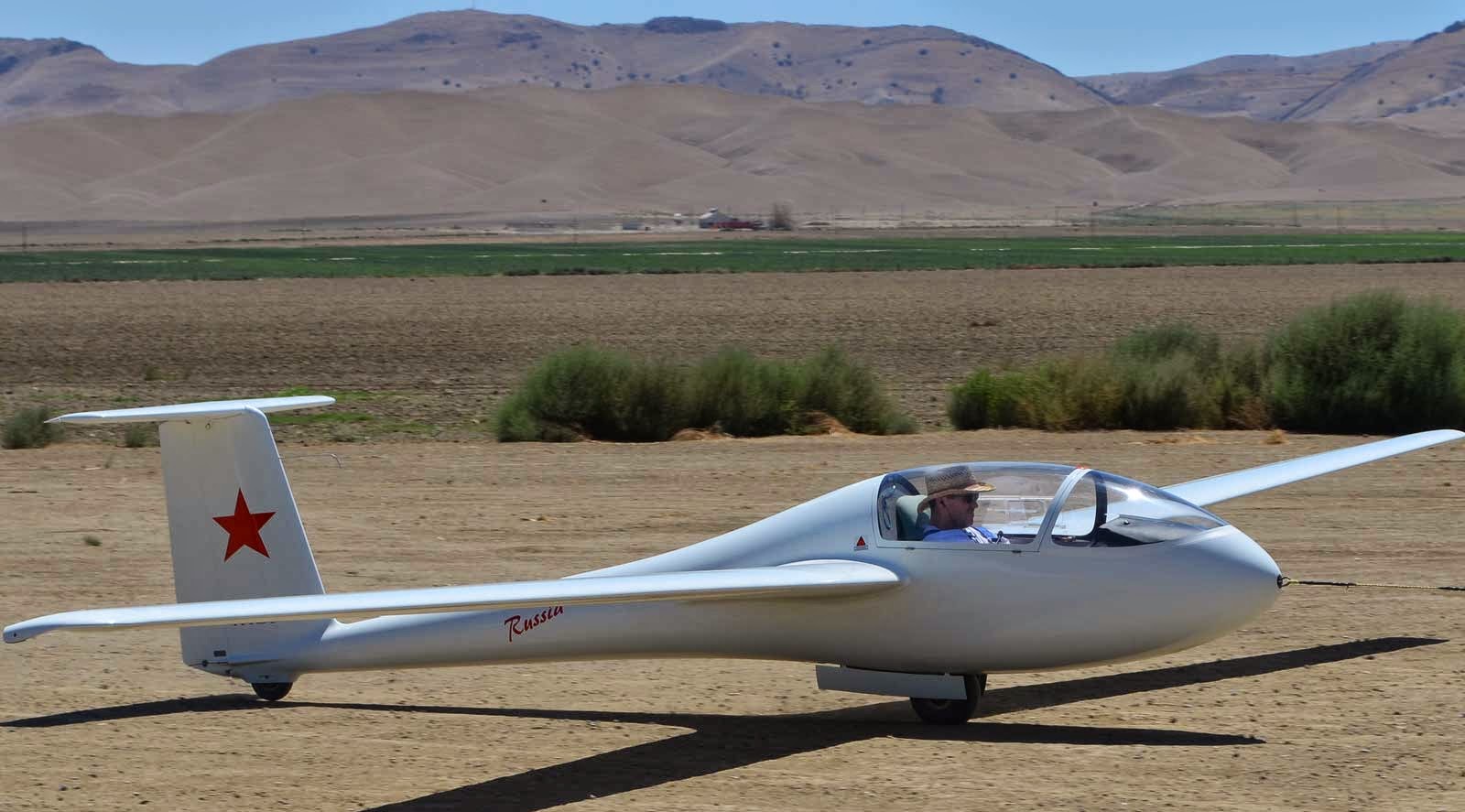 Martin Caskey was working on the 1-26 to isolate the somewhat mysterious noise it was making last week. The wheel bearings have been repacked. There are some worn rod end bearings in the pitch control mechanism which he plans on replacing.

Craig Gifford went up with me for a 90 day checkride and endorsement for continued solo flight.  He is flying very  well and should soon  be ready for his checkride to add the glider rating to the private ASEL ticket with instrument rating that he already holds.  He then flew solo in Big Bird.  He did not quite connect with the lift that Jeff had had on his previous flight in Big Bird. See report from Jeff below.

"I flew on Sunday the 17th for a couple of hours. Here is my initial climb. I have been running along Black to get over to the bowl near Castle Peak that faces south. Its been paying off with a good climb there.

I scouted around to the south and didnt find a lot. For me it was a hot day and I started to feel nauseous so I cut the flight short at two hours." 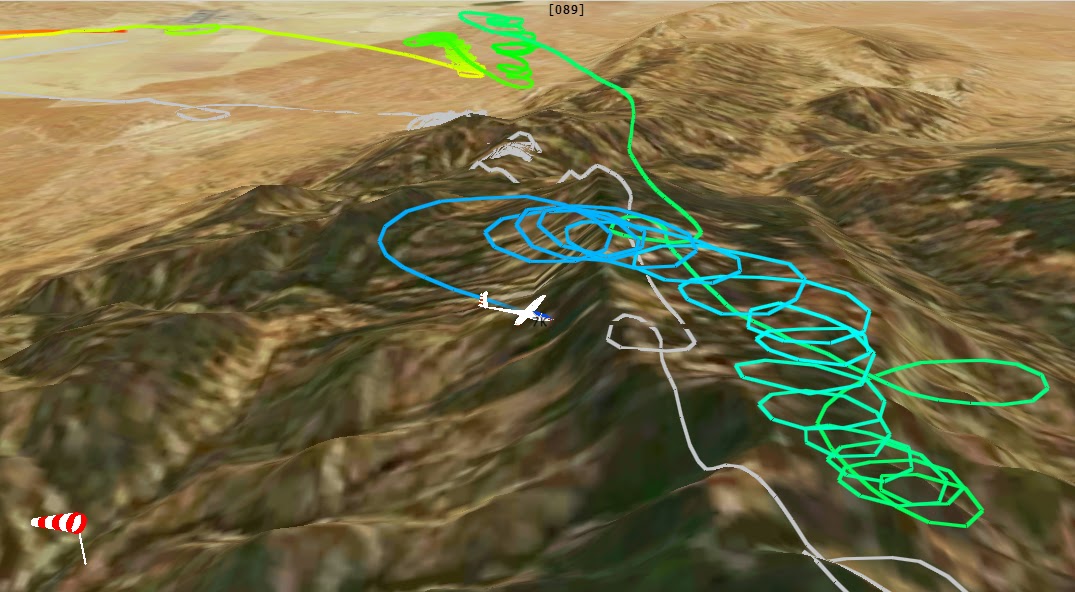 "Here is my whole flight. you can see the long glides where I was able to get some zero sink." 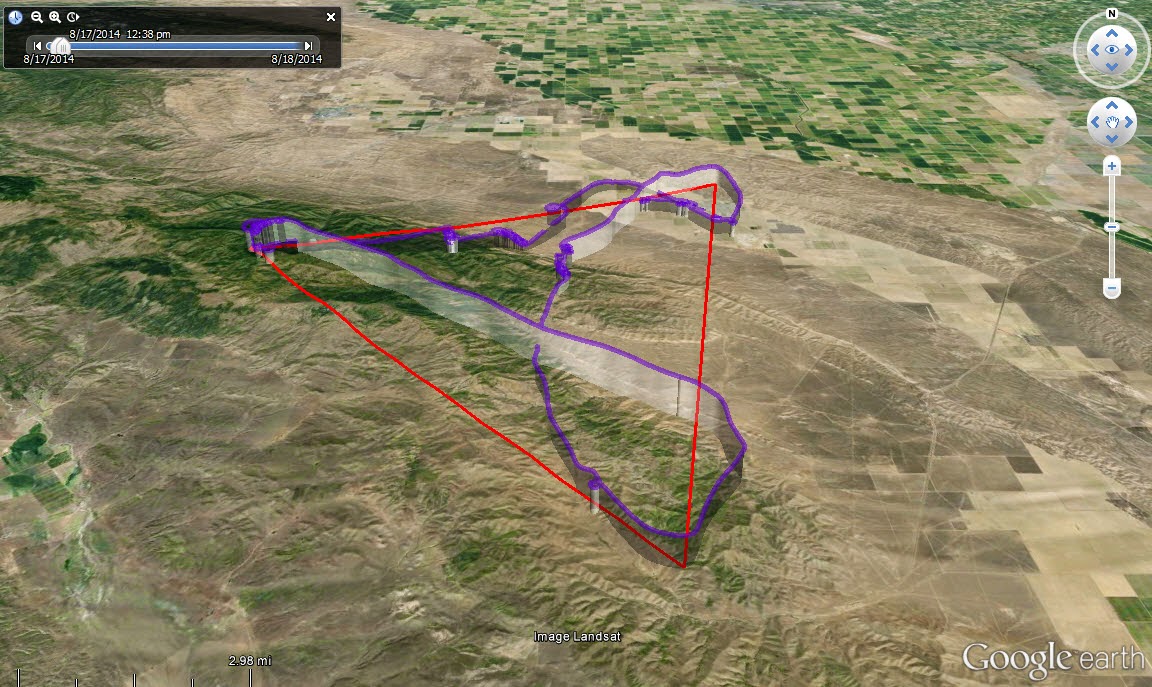 Jim Rickey flew over from Hanford in mid afternoon in his Cessna 210. He had been busy that morning at Hanford with the monthly 3rd Saturday EAA fly-in breakfast.


I had the pleasure of taking a friend of mine, Gary Morris, up for a flight in Yellow Bird.  This was Gary's second flight in a glider, he had previously had 'ride' out of Solvang.  The weather forecast was not looking all that good, so I had prepared Gary for a short flight.

The schedule had slipped a little and we did not off the ground until a little after 2:30.  Craig Gifford had the glider scheduled for 3:00pm but was gracious enough to let us have an hour or so if we wanted.  I was skeptical since most flights of the day had been pretty short.

We took off from 13 with wind coming right down the runway, giving a Gary a great view of what it is like to take off into a dust storm!  On the tow up we got a few bumps which gave me hope of doing better than a 'sled ride'.  We released at 2,800' MSL into a modest thermal and proceeded to climb to about 3,300' when we were joined by Dan Clark in Orange Crush.  Gary found it "exciting" to be flying close to another glider and he did a great job of keeping tabs on Dan.
It felt like the thermal had topped out so we headed south to abeam the airport where we picked up some stronger lift taking us to over 4,200'