Great day for some project work at the airport.  Calm and comfortable.  High overcast prevented much thermal development.  There was some very weak wave to the west of the field it seemed.  Peter Sahlberg found lighter sink over towards Tar peak.  Nobody took a high/far tow to behind Black mountain to look for wave though.  The RASP indicated some wave would be there in the afternoon although winds were light enough all day that it may not have had the velocity and gradient to be workable.

On the Checkride-Prep front we had Jim, Martin, John H. and Mike tuning their skills.  The smooth conditions were great for ensuring it was you causing the position problems on tow and not the atmosphere.

Andy flew Big Bird to keep the rust off.  He even flew with Mike P. in what I assume was Mike giving him a mock check ride.
Jeff Richardson took a few flights in the 1-26.  Most likely knocking off rust and hopefully getting ready for checking out in the Russia this spring.

Pancho flew the 1-26 in prep for flying the Libelle he and Jerry Badal are partnering on.  On tow Pancho was steady as a rock while waiting for the towplane to leave the ground.  I think you would have needed a micrometer to measure the variance in height during the first part of the tow.

After flying and in between helping run wings and fetch gliders, Pancho reinstalled the control-stick and trim mechanism in the Libelle.  This represented the final step before Jan can finish the review and sign-off of the Annual and Pancho can finally get to fly the glider he's been working on for months.

Jan was busy inspecting Peter and Richard's 1-35.  With it getting a fresh annual inspection, Peter took it up for the longest flight of the day, but reported it was mostly a slow death back to pattern altitude.

Richard didn't fly, but did cap a leaky sprinkler valve.  We still need to replace some PVC at the hose bib that cracked during the big freeze.  That hose bib remains in-op for now. 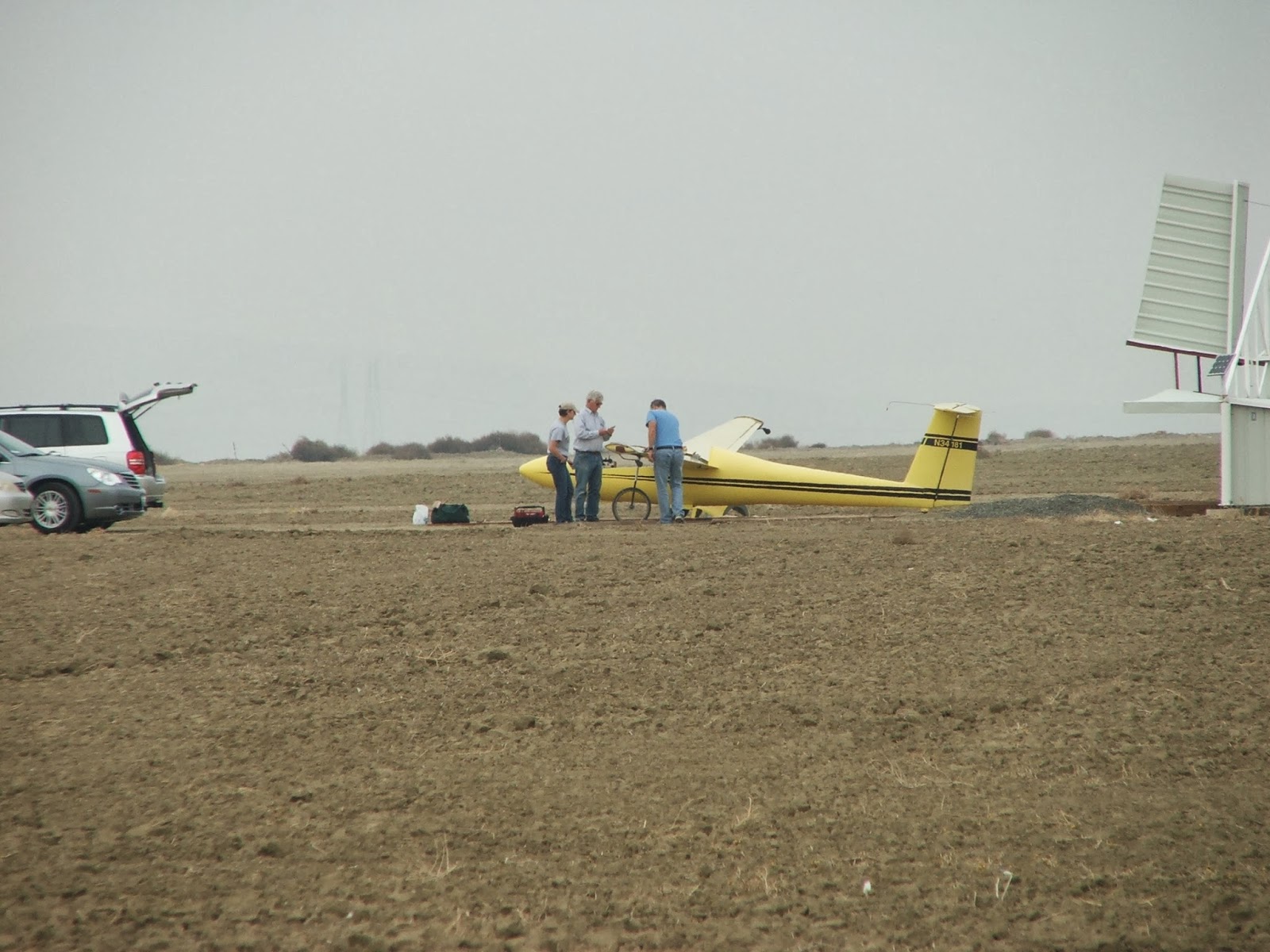 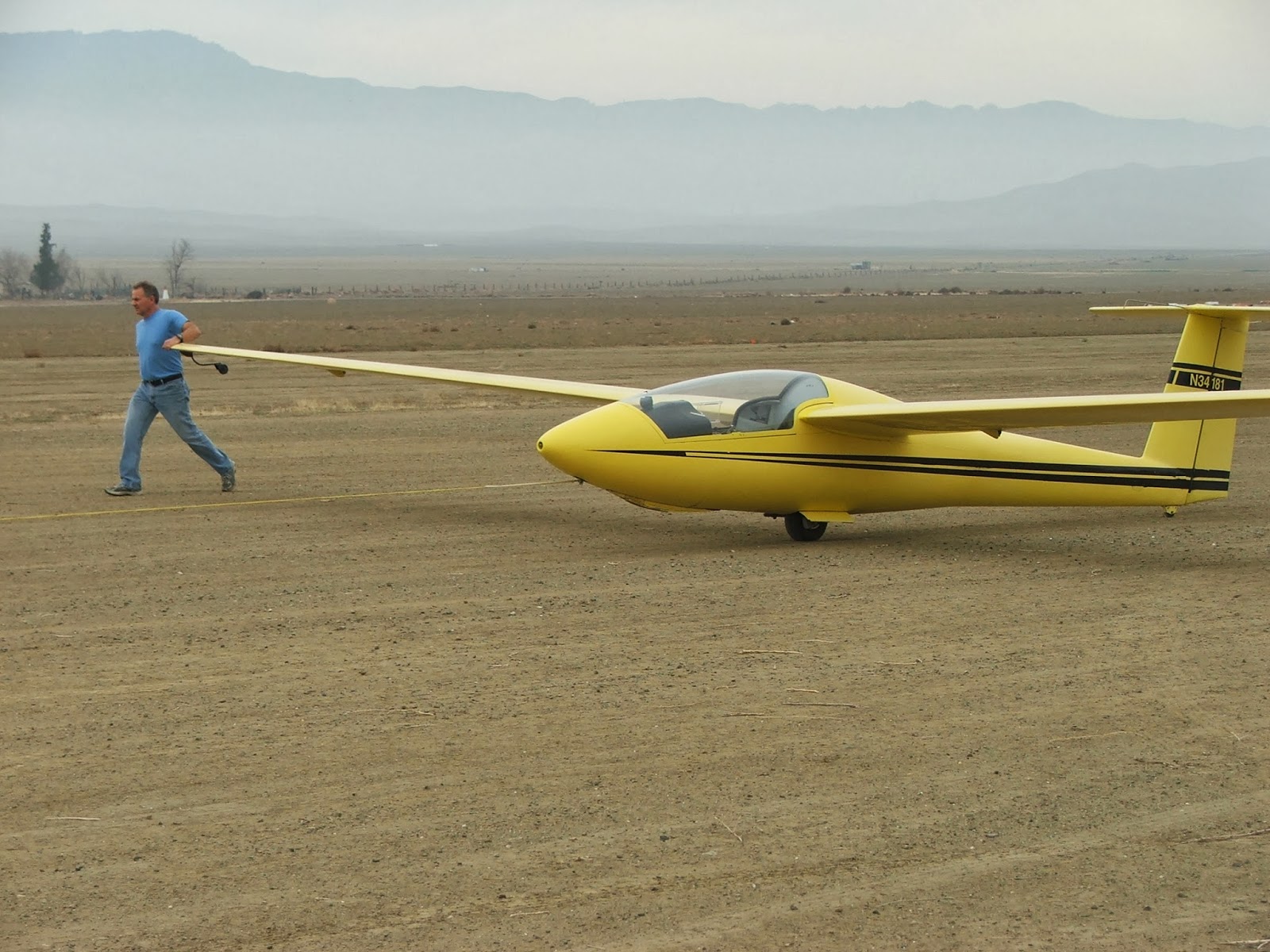 I (Morgan) finally showed my face at the glider port.  Alas, mostly doing work.  I reinstalled the new control stick in 45H after it came back from Schweizer with a new trim mechanism.  This was observed by 2 A&P and 1 IA so I feel pretty confident that the work was properly performed.  At the very least it was properly observed by near CalTrans levels of oversight quality.

I also reinstalled Julie's wheel fairing and assembled her glider while she was towing so that she could get current in gliders after a dry spell of mostly towing or flying power.  She took two tows later in the day.

Late in the day, I hopped in the towplane with Dan to get my Tow Endorsement.  We towed Julie first in her DG100 and then Martin in the 2-33 and then repeated the process.  It was fun to experience the front end of the rope and I will try to ease my way into towing here and there.  I am amazed that our tow pilots will often make 20+ tows in a day, especially in the heat of summer.  It's fun, but busy flying as you attempt to fly smooth and get down in an efficient manner.
Lastly, we did a little ground school work.  Dan presented some of the new math that you'll be expected to demonstrate as part of the updated PTS.  It turns out Calculus is finally going to come in handy as you show your work will calculating the volume of an average thermal and show that relation to the thermal index and air density in a mixing environment.  It's pretty basic, just look at the photo below.