The air quality and visibility was better than it has been lately.  The haze layer was low, at 2800 feet MSL the Sierras were very clear.  It was actually quite a pleasant day to be at the gliderport, just there was no soaring to be found.

Meanwhile, Pancho takes off in the 1-26, hoping to have a long flight.  The flight is a little bit longer than the 2-33 flights, but ends up not being very long.

Next up are Carl with Harold in the back seat. 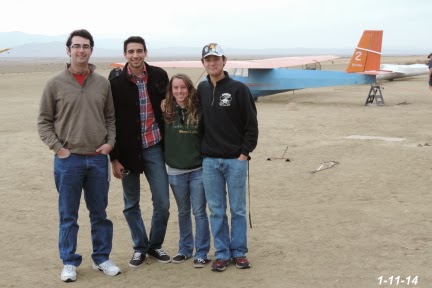 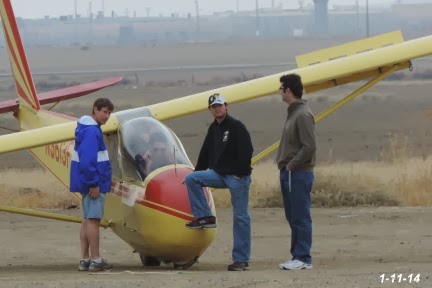 About to touch down after her first flight. 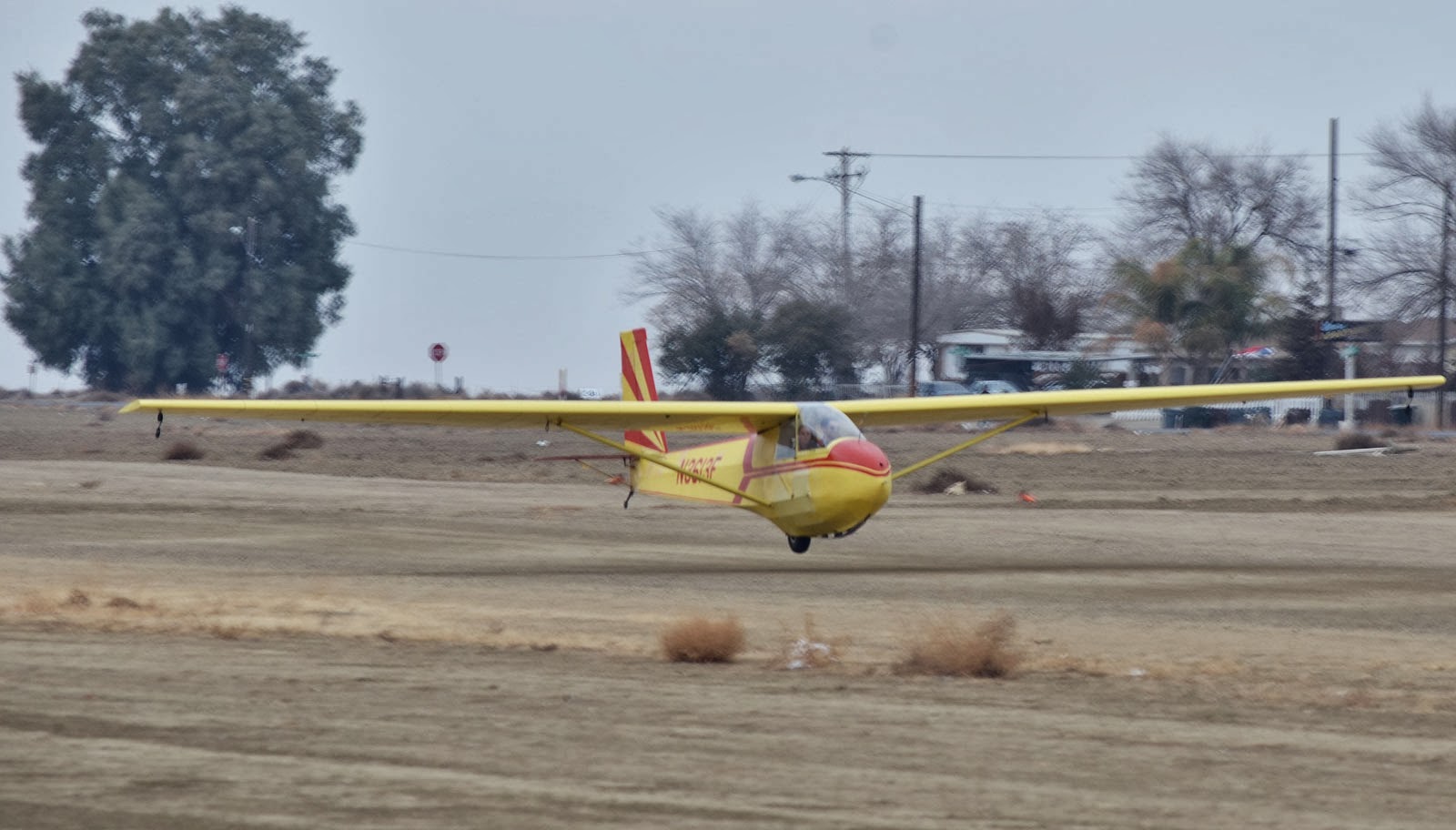 Peter, far left, watches his daughter takeoff on her last flight of the day. 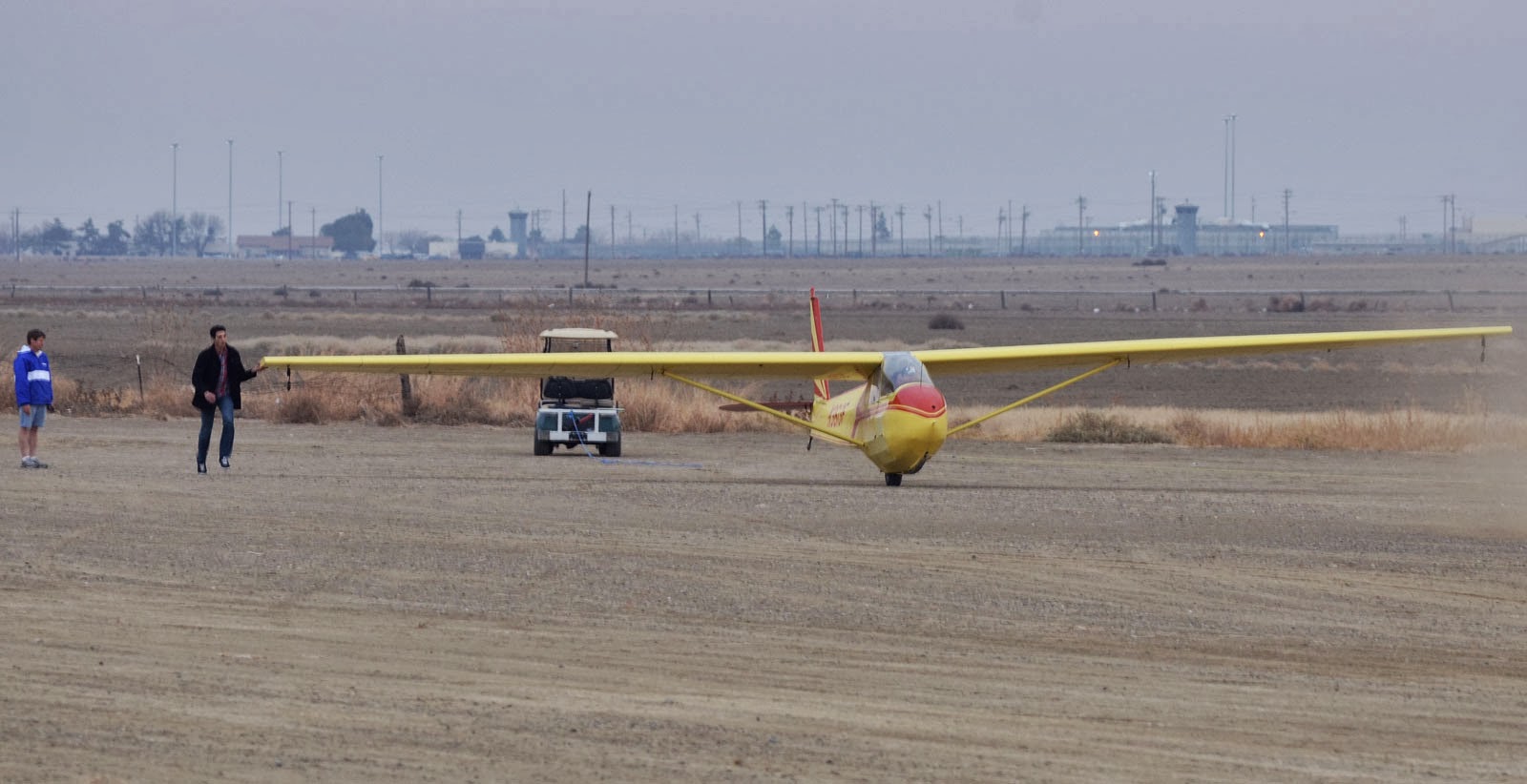 The sky got progressively more overcast as the day went on.  While the sky was mostly gray by late afternoon, there were a few spots where the sky was photogenic. 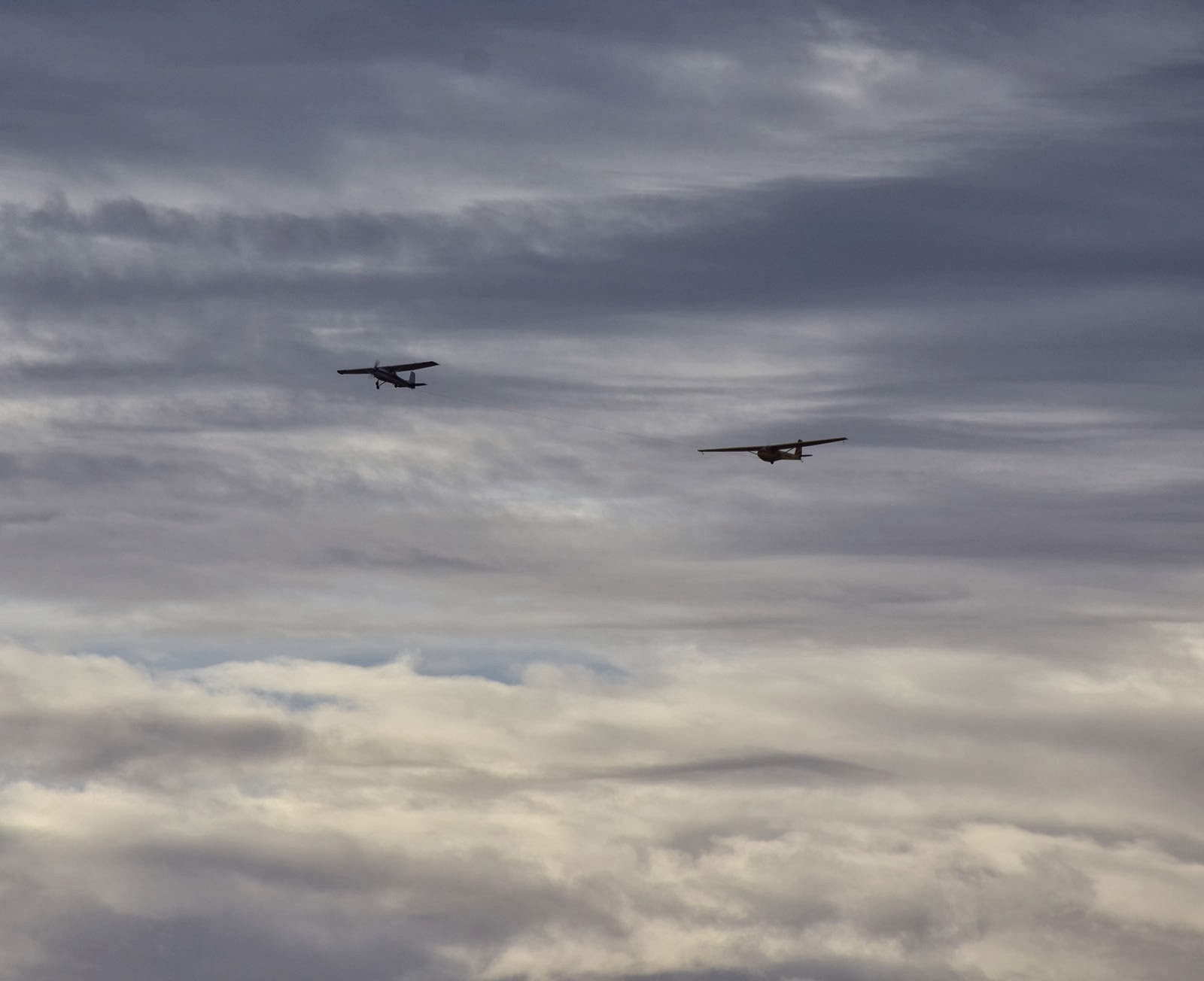