Today brought a bit of post-frontal thermal soaring, and a bit of rain and wind. Several flew, from a few minutes around the pattern to a few hours of nearby XC.  It was a reminder that spring is on the way, but not quite here yet.

As the days lengthen and temperatures rise, be sure to come out and stay current and proficient for the good soaring ahead. 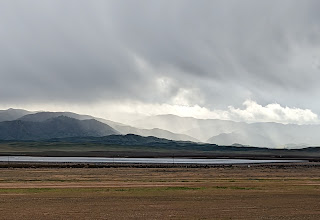 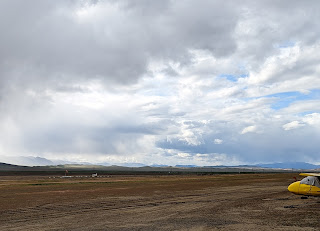 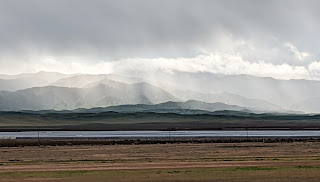 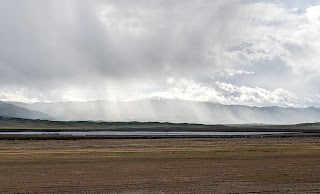 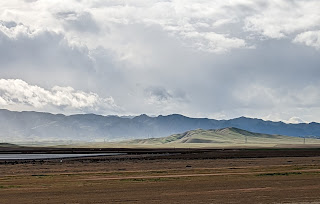 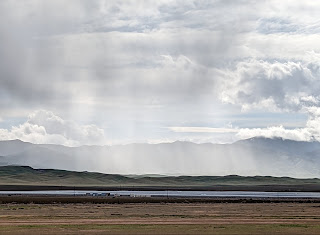 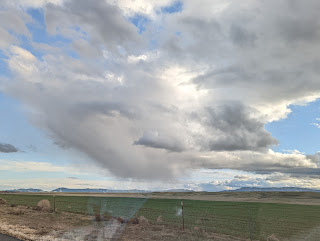 Skysight was showing good cu cloudbase for a nice post frontal day with bases in the 5000-6000 range for most of the valley.  I flew XD since Julie was out of town.  After a couple of abbreviated pattern tows to get current I took a third tow.  Most of the valley was in shadow, so it took a tow nearly to the mountains to connect with any lift.  Once off tow it was a soft climb initially.  1-2kts.  Then I pushed a bit more to the west and picked up a bit stronger lift.  Above 4000 I followed line towards Coalinga and it wasn't exactly ripping, but it was working.  By cruising at 50-60kts I was able to slowly climb in the convergence and cloud surf along shelf near Coalinga and ran north for about 30 miles before needing to thermal again.

It was very cold.  Freezing level varied a bit, but above 4000 was at or below freezing for most of the flight and the convergence was completely overcast, so I didn't see the sun for most of the flight. Maybe 10 minutes of the entire flight had sun in the cockpit and it was so nice when it happened.  Numerous times during the flight I picked up some icing on the wings from sleet that froze to the surface.  Nothing significant, but enough to degrade glide performance if it had been needed. The convergence was pretty consistent and aligned with the forecast in Skysight.  The LX9000 has the Skysight overlay and generally it works well.  There are times when it's just wrong, but on a day like today with all the cloud cover, you knew where it was or wasn't.

I pressed up to the hills NE of Hollister.  I did consider crossing them and running up to Santa Cruz, but cloudbase was low and there was a lot of overdevelopment.  I didn't want to get trapped on the west side of the mountains and that seemed like a real possibility given the OD observed on the San Benito range and near Hernandez reservoir.

Turning to the south of San Luis Reservoir, the first 20 miles or so were very good.  Kurt Thams joined up on my wing briefly in his RV6 before throttling back up and departing with a nice aileron roll.

Back near Panoche VOR things turned soft.  It was probably working over Panoche, but I'd placed myself a bit far to the north of that retracing my steps.  BG had joined me around this time, though he was 1000ft higher. We both turned for the valley where there were nice shaped cu and sun hitting the ground.

Climbs in the valley were hit and miss.  1 in 4 clouds was working I'd say which is never good for boosting confidence.  There was also a significant line of shadow to cross between Cotto and Harris Agro West.  Cloudbase was a bit lower, maybe 5600, but when a good core was found, the climbs were decent and 4+ knots at times.

I originally thought I would run out towards Fresno and then down towards Paramount/Wonderful and back, but all of the Kettleman hills and plains looked completely shut down with OD.  I didn't really see a viable route around that and with Lizzy in the truck, I didn't want to landout when I had a very good chance of getting final glide soon.

I picked up a climb near Harris Agro West and used that to cross back over to a patch of sun north of the Coalinga Airport.  The climbs weren't great, but they were sufficient to give me final glide with a bit of margin.  Avenal was completely overcast with precipitation to the west and lingering snow/ice blowoff throughout most of the valley.

Kevin gave me the report that the runway was pretty muddy and suggested picking somewhere with some grass to land.  I followed that advice and the landing and rollout was uneventful.  Kyle and Quinn helped me push the glider back to the trailer.  The runway was sticky enough that by the time we got to the trailer the tailwheel was seizing up from collected clay.

A very nice start to thermal cross country after a long hiatus since September.  The days are still relatively short, but plenty of good soaring to be had.