WEATHER
Visibility: Hazy down low, but unlimited above the low inversion.
Wind: 5-10 kt out of the South
Altitudes: 3000ft. AGL - tow release altitude
Time Aloft: 25 minutes
Max Lift: None encountered
Temperature: 60ish (F.)
Comment: Very smooth air. Fog hanging over the top of the Kettleman Hills and over the Central Valley. But hazy sun at Avenal. Some fog South of the field at times,  but never over the field,  and it stayed clear to the North towards Coalinga, and to the West.
Tow pilot: Frank Owen came out from San Luis Obispo in the Aeronca. Frank left when it looked like clouds/fog might move in from the South. However, it ended up remaining clear over the airport.  Later,  Harold towed us.
Tyler Bishop was out and flew at least three times in the 1-26, doing quite well with his aero towing, patterns and landings. There was no lift, or I'm sure he would have been up quite a while.

Steve Valentine, who is a friend of Jan Zanutto's from motorcycle riding,  and Sylvia de la Torre came out. Steve went for an introductory lesson and submitted this video and a number of pictures from his flight. He enjoyed it, and says he is coming back out. We hope so, with the proviso that he brings Sylvia with him each time.  I don't have any pictures of Sylvia, unfortunately!


You can see the fog bank hanging over the Kettleman Hills and the Central Valley was socked in with fog. You can see how clear it is above the low level inversion.  I'm told it did get sunny in Fresno in the afternoon. I told Steve he could put his feet on the rudder pedals, but he wasn't taking any chances, I guess, so he kept them in the middle of the floor! 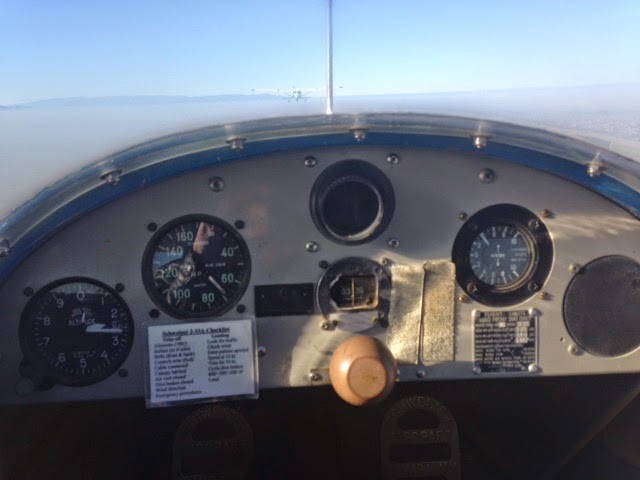 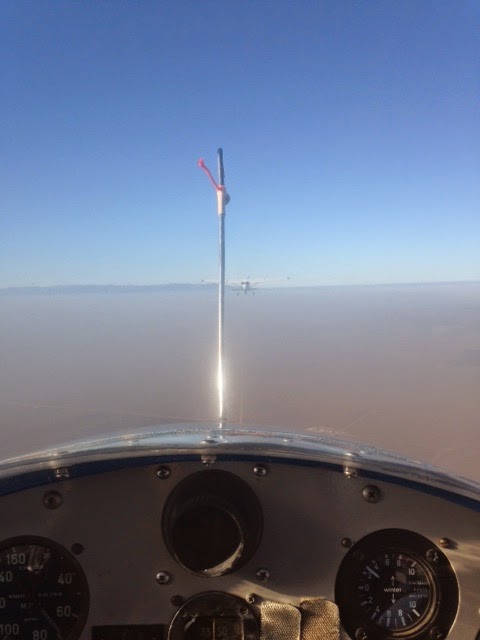 Looking NorthEast towards the Sierras,  and Fresno. 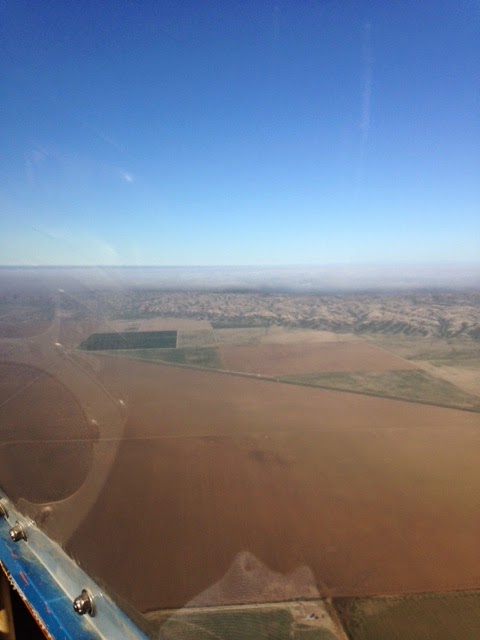 Looking NorthEast,  towards edge of fog bank hanging over crest of  Kettleman Hills 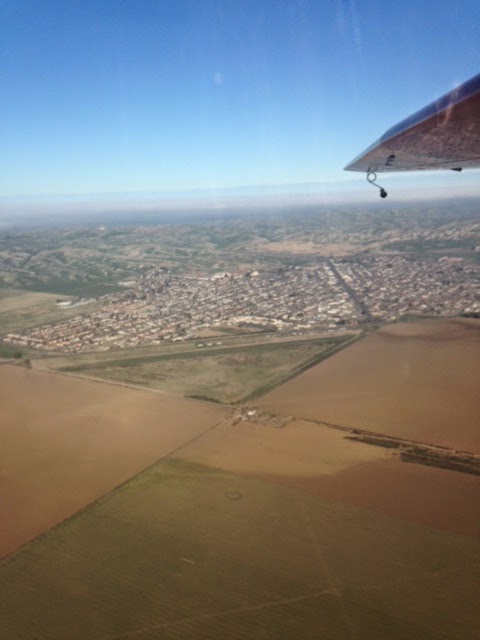 The Avenal Aerodrome and beautiful metropolitan Avenal,  looking East from just West of the field. 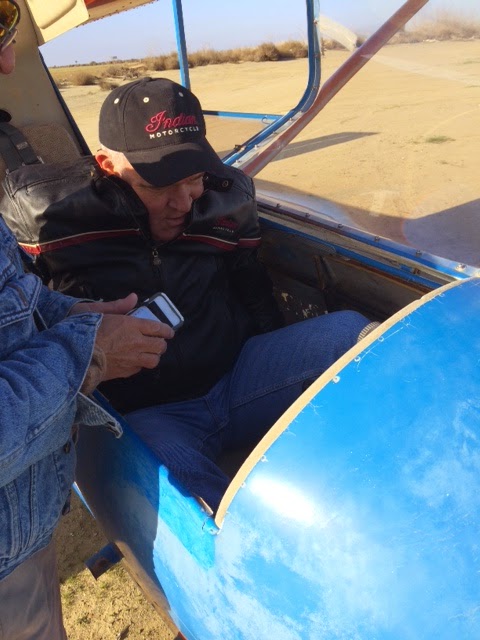 Holding Steve's Iphone while he gets situated in cockpit. 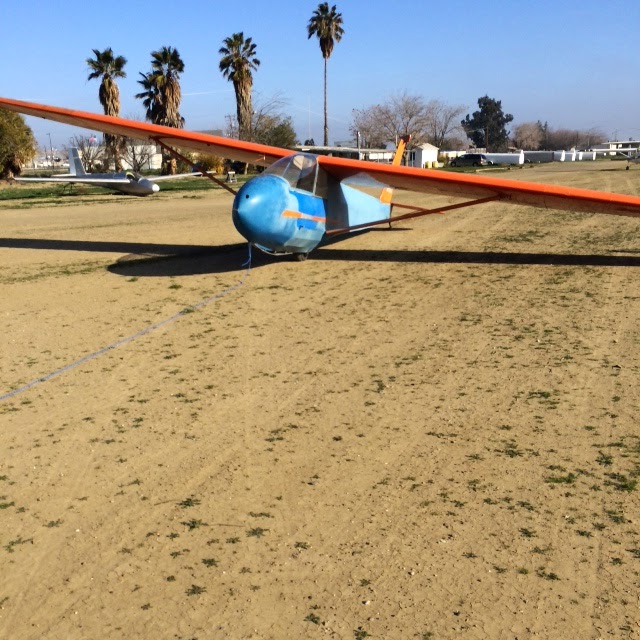 Getting ready to tow the Orange Crush to the North end of the field for take off on runway 13, due to the South Wind. 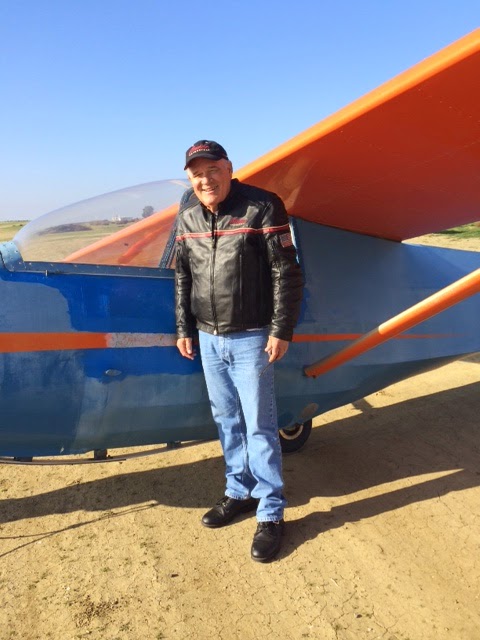 Just before we towed the glider to the take off area on runway 13. 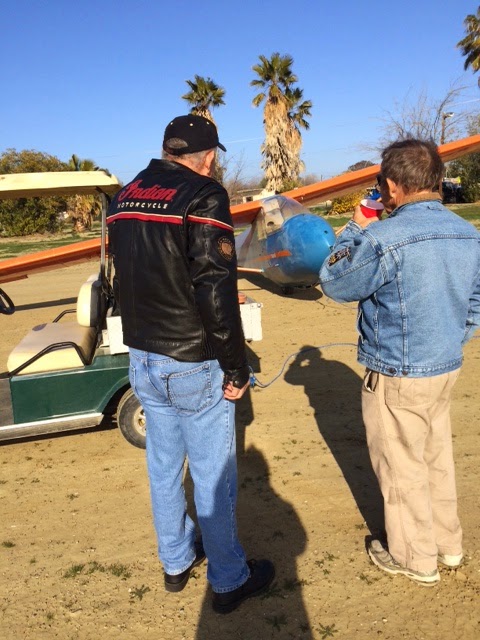 Mutually admiring the lines and beauty of the Orange Crush, along with expressing kudos to the design genius of the Schweizer brothers! 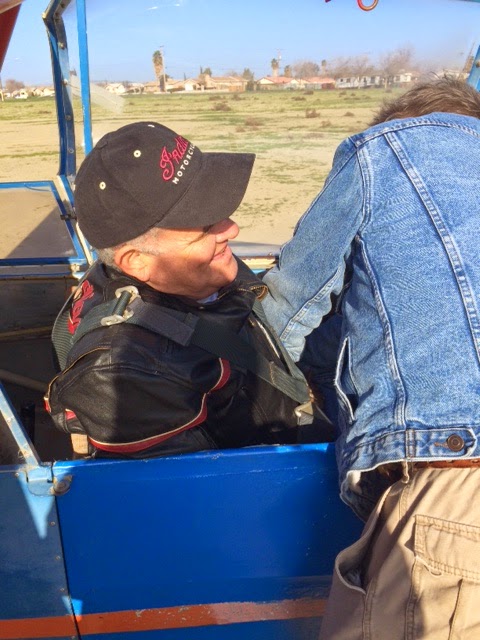 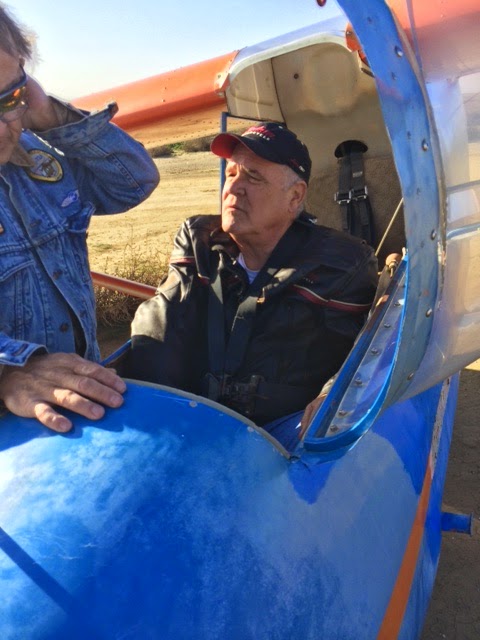 Last part of the pre-flight briefing.
Posted by Alex Caldwell at 1:41 PM